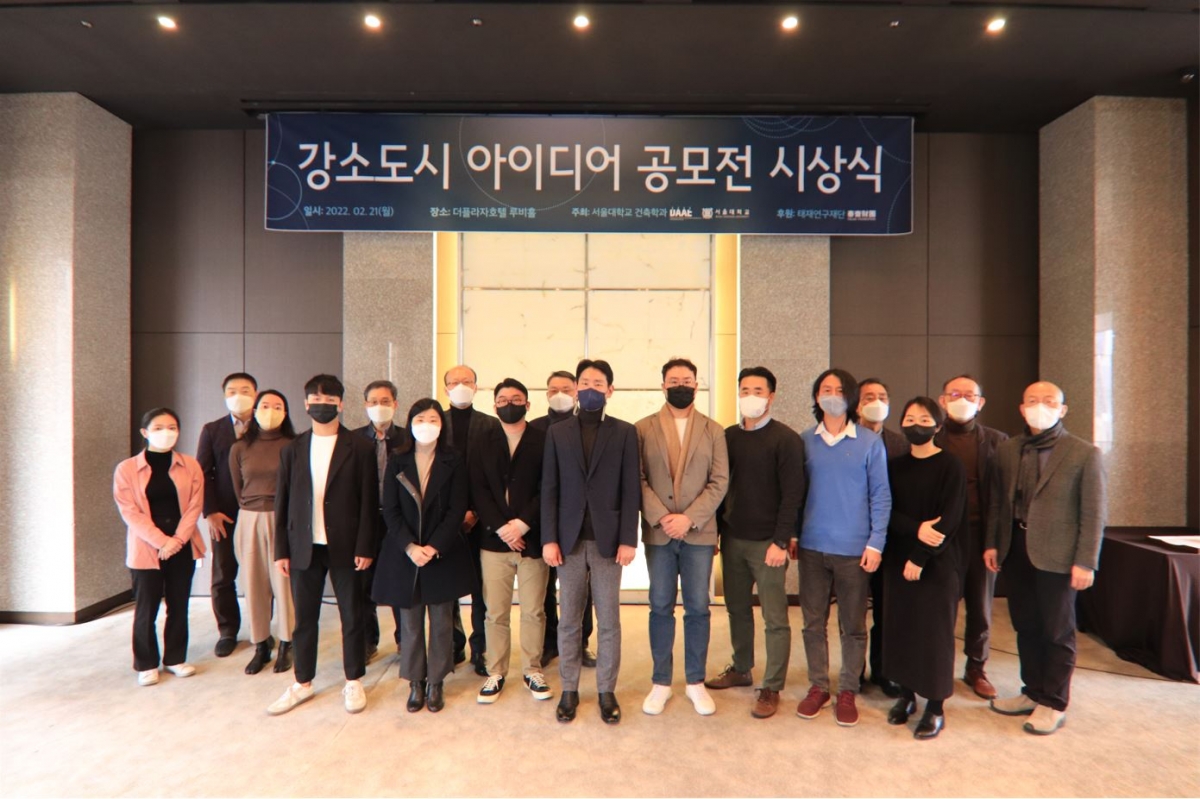 On Feb. 21, the awards ceremony for the alternative-city idea contest was held. The competition was conducted for the first time this year to recognise the problems presented by our current urban conditions, inevitably leaning toward the large cities, and to locate alternatives in small towns. Participation was limited to those at the level of researcher who could present clear and detailed strategies for the future of the city. The winning works were Kim Junwoo (assistant professor, Daegu University)’s New Garden City and Moon Jihoon (research fellow, Urban-Lab Cooperative)’s Plug-In City. Kim Jun-woo established an urban structure linking Mungyeong-si Sanyang-myeon, Yecheon-gun, and Yonggung-myeon, and proposed an agricultural-based industrial city. This proposal includes how to apply the public concept of land ownership to secure farmland, which is a barrier to the settlement of the returning farming population, and to ensure energy self-sufficiency by distributing and disseminating new and renewable energy sources. Moon Ji-hoon proposed a citizen-centred governance system targeting Goseong-gun. It is a structure in which citizens are to take the initiative in discovering, planning, and making decisions about urban innovation ideas and the government offers appropriate support. In order to realise this, a real-time decision-making method using mobile technology has been prepared. Real-time notifications can be sent along with information delivery for each issue that requires decision-making, and an incentive is provided whenever citizens vote to increase the participation rate. The two winners were awarded a prize of 40 million won each, and the Taejae Research Foundation, in charge of sponsorship, said that it would continue to promote research on future cities based on the competition. The Taejae Foundation is a public foundation established by the founder of Hanssem to survey Korea’s future businesses and to nurture talent to realise their ideas.