THE ARCHITECTURE OF A RELATIONSHIP: ‘THE HOLY CITY 2022’

The solo exhibition by installation artist Kim Dongyeon was held at the Total Museum of Contemporary Art (TMCA) from Apr. 5 to May 15. The artist, working in Germany since his first solo show at the TMCA in Jangheung, Gyeonggi-do, in 1995, has now returned to the TMCA after 27 years. Bearing the same title as his solo exhibition ‘Holy City’ in Germany in 2004, it discloses the artist’s art world. Kim took architecture classes at the time he was attending art college, admired the educational philosophy of the Bauhaus, and decided to study in Germany. This passion for architecture is reflected in the artist’s unique artistic vision. The subject the artist has spent most time attending to since the beginning of his work is the notion of the ‘path’. In his work, a path goes beyond a physical function that connects somewhere and creates a link between societies and people. The viewer encounters a figure in the gallery that, at first glance, appears to be a city suspended in the air. The Holy City, was inspired by the ruined post-war city that he witnessed while studying abroad. The path he devises stretches out in several directions, freely bending between the wooden boards lined with pieces of cloth. The imperfect path reveals the disconnected and isolated modern life. One can see through other works that it leads to reflection on the nature of ‘relationship’ and is transforming into various forms. Finally, the artist considers the relationship between nature and architecture in the human world. Under the scattered building materials, a bright red light illuminates a small cage. If nature and architecture are inseparable, the bird in a small cage symbolises what kind of posture humans should adopt between them. 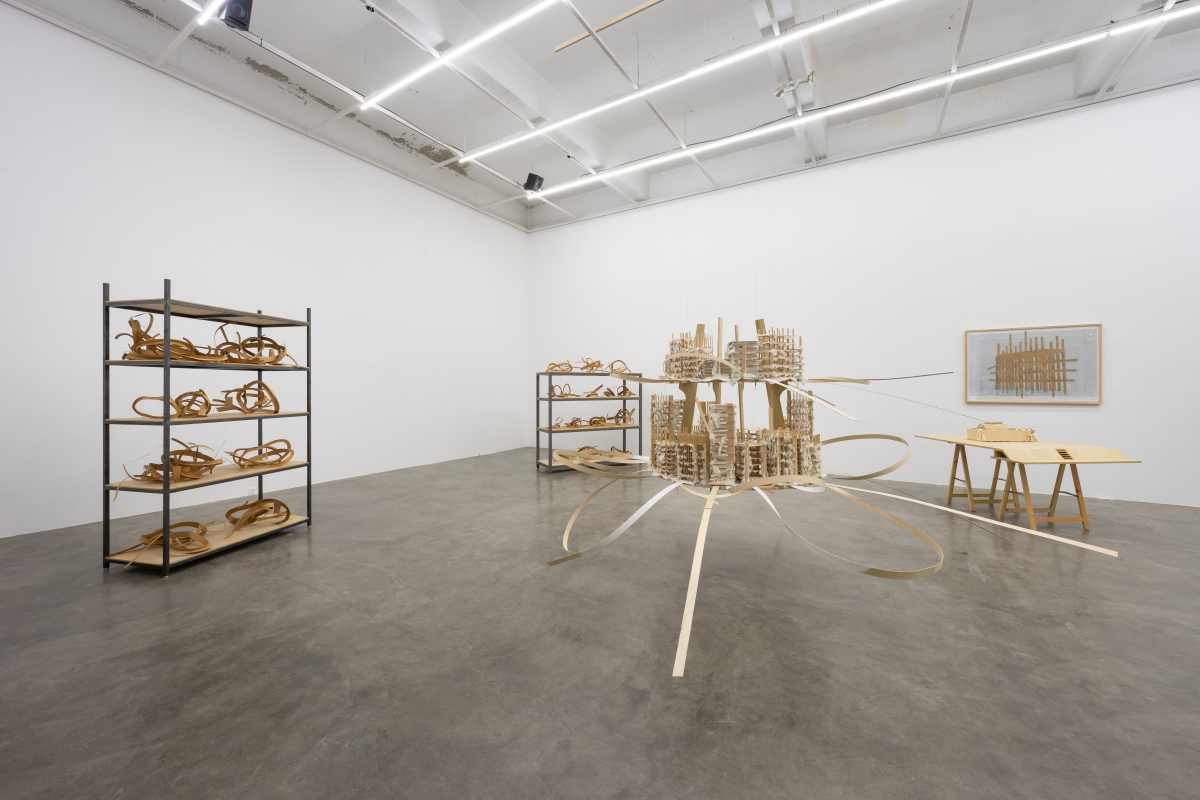 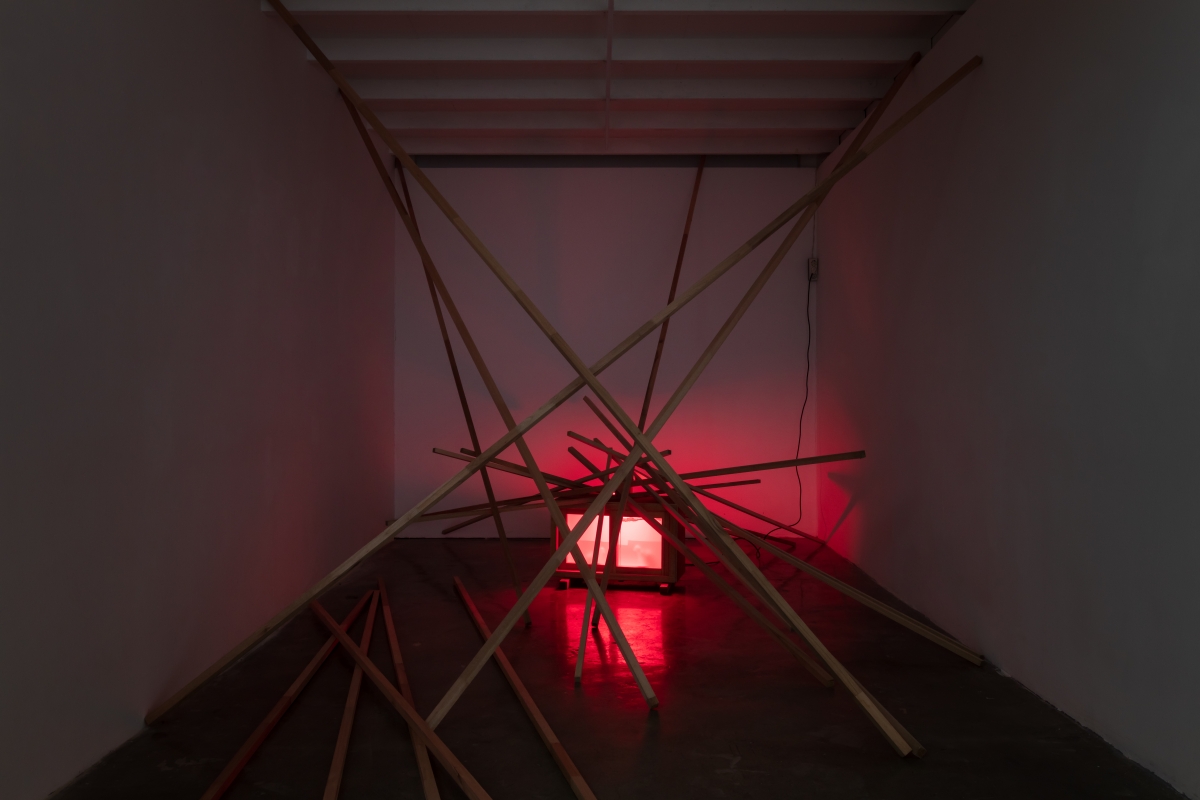