The Relationship Between Capital and City: The City Genes -> The Bubble in the Mind

From Feb. 25 to Apr. 24, Fahrettin Örenli’s solo exhibition ‘City Gene -> Bubble in the Mind’ was held in the Alternative Space LOOP in Seogyo-dong, Seoul. Fahrettin Örenli was born and raised in a small town in eastern Turkey and then moved to Amsterdam, the Netherlands, to experience the heterogeneous cultures between cities. His identity is a key element in the creation of his artwork.

The exhibition presented Örenli’s new video, The Gene of Cities (2022). It shows a sperm starting its journey from London, crossing the Eurasian continent, arriving in Seoul and finally bursting out. The video, which lasts about 9 minutes, is a metaphor for the flow and influence of capital between cities. In the drawing series The Organic Cities [made up of ‘us], topographical features are mixed with the shape of a human face or foetus. The artist conceives of the city as a living organism through this work: just as blood flows through our bodies, capital circulates and flourishes in cities. The artist's thoughts about the city, modern capital, knowledge, and technology are schematically displayed on a blackboard that fills a wall of the gallery. It argues that if cities and capital are driven only by profit, our knowledge will inevitably become blinkered. However, if science and technology are combined for a common good, it can build a comprehensive and sustainable knowledge system. Meanwhile, the three bubble bags in the middle of the gallery space reveal a today in which humans are marginalised and suffocated due to the pandemic, the economic situation, and pressures from the city as if our daily lives are lived as if trapped in a bubble bag. 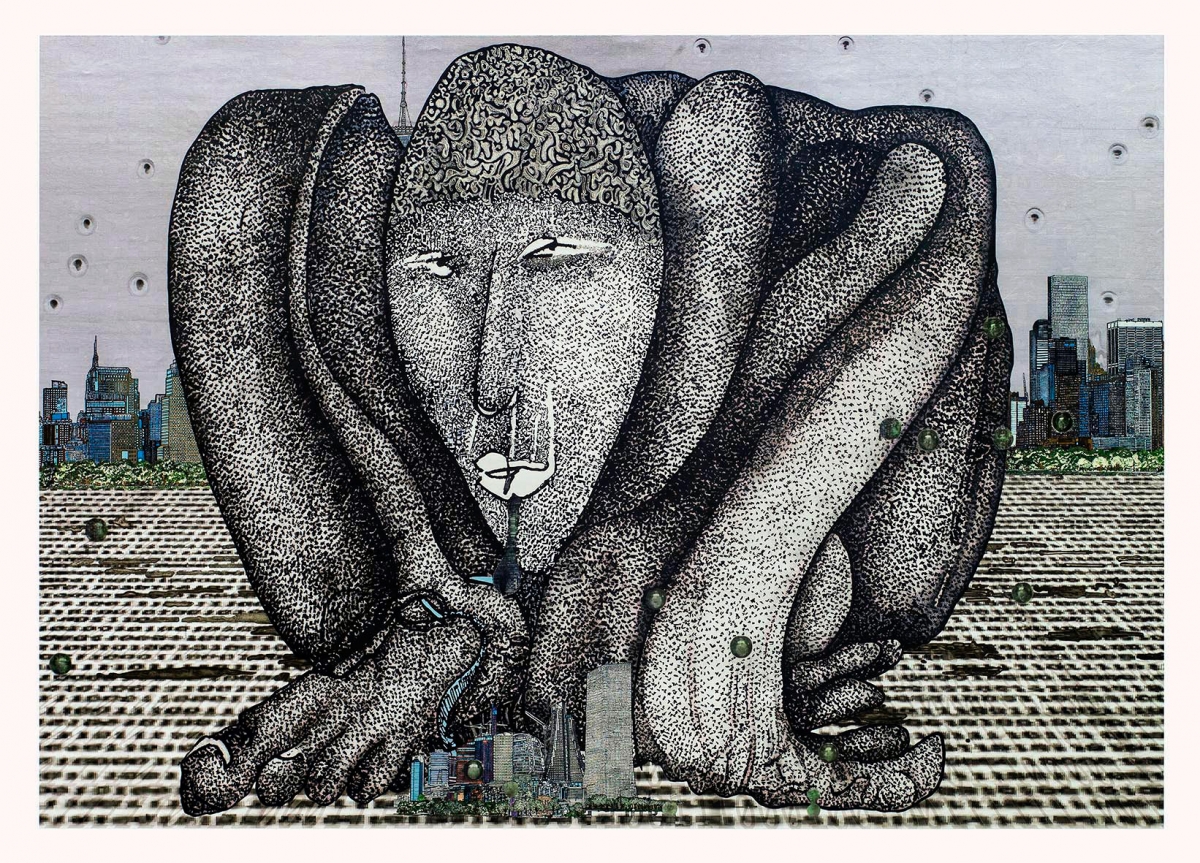