Recharting the Boundaries of the Everyday: ‘Shark, Bite the New World’

Ilju Art House, the predecessor of the Sehwa Museum of Art located in Gwanghwamun, presented an exhibition, ‘Shark Bites Plane’, in 2001 to commemorate the first anniversary of its opening. It brought artists together who interpreted the multi-layered meaning of daily life through media art, which originates in digressions and deviations. Today, 20 years later, the meaning of ‘daily life’ has been newly defined during the pandemic. How have artists who participated in the previous exhibition observed this profound shift in our reality? The exhibition ‘Shark, Bite The New World’ reinvites five of these original artists and throws out a question. Kang Airan, who explores the symbolism of books – a treasure trove of knowledge – through the Digital Book Project, still pinpoints the daily life, which admits gaps in ‘knowledge’ and emphasizes that we have to face up and reflect social problems by creating a digital library of feminist publications. Kang Honggoo juxtaposed the Study of Green-Seoul-Vacant-Lot series, which filmed green spaces that were not developed in the city, along with the Building series (which was presented in the 2001 exhibition) to depict an office worker who works like a dog and burned out like a lamb in order to highlight the gap of desire projected into the everyday space. Yangachi explored how the world and our society work in tandem with an evolving technology, focusing on virtual currency to show a decentralised social system. The Ethereum miner purchased with the artist fee is operated in real-time in the gallery, and it reveals a scene where value is created without labour. Redux, a fictional character created by one of the participant artists, is a ‘victim of the national division and the second generation of refugees’ and borrows North Korean propaganda phrases and graphics to reveal the problems of our society. The exhibition invites us to ask ourselves what we have lost from and gained in our daily lives, which is already adapting to the pandemic. A scene from Has the Jogi Fishing Boat in Yeonpyeong Island Left? (2021) by Kim Haemin, in which a dancer who notices a boat’s departure belatedly despairs sitting down on the beach and hurriedly approaches the audience, might be a self-portrait of our time – one struggling to recover what we have lost. The exhibition is on show until Feb. 27, 2022. 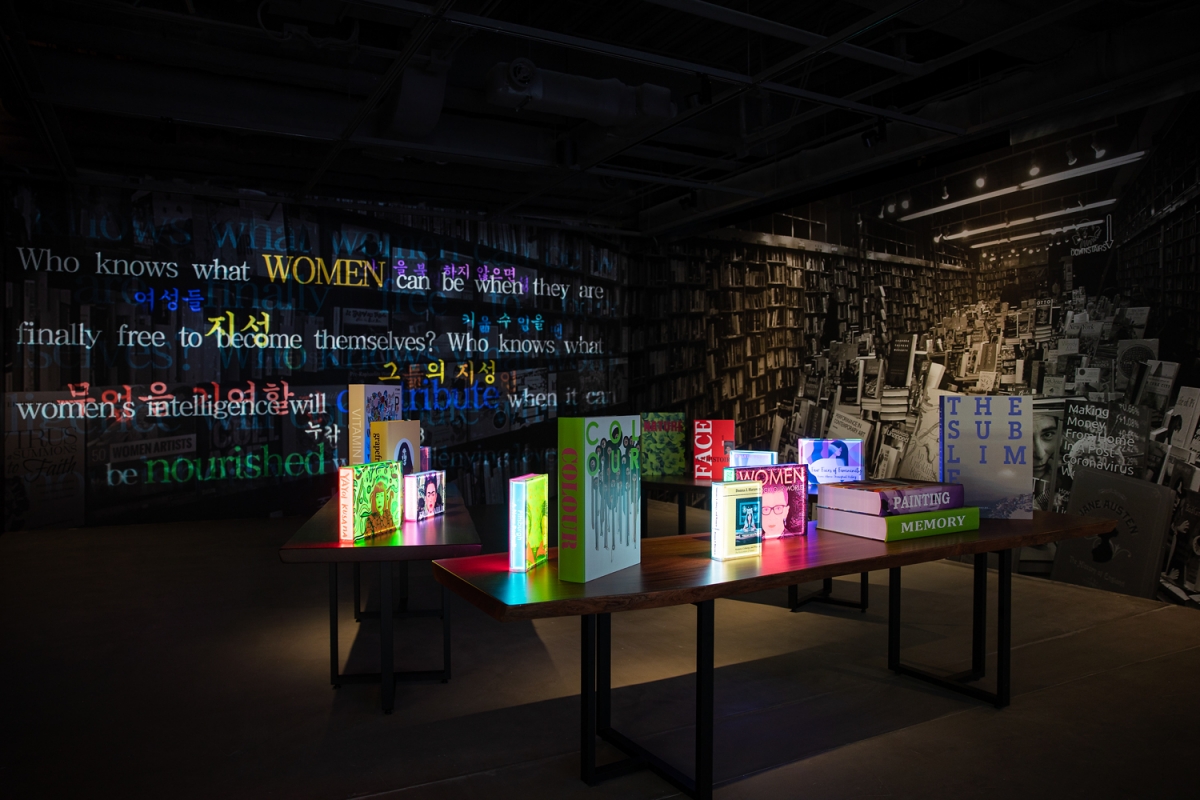