On 1 December, the Ministry of Land, Infrastructure and Transport (MOLIT) and Architecture & Urban Research Institute (AUI) live-streamed their ‘First Roundtable of the Korean Museum of Urbanism and Architecture (KMUA)’ on YouTube. The event's theme was the ‘Direction and Practice of Collecting Urban & Architectural Archives’. In the first part, three professionals from architecture, urban design, and landscape design presented directions within the collection. Choi Wonjoon (Professor, Soongsil University) suggested that the architectural materials could be divided before and after construction. Of them, he noted, data from the middle era was more valuable than the later because it better reveals the architect’s intellectual process. He also recommended prioritising materials of the private sector among other construction projects, which has a high risk of loss. Park Sehoon (Senior Research Fellow, Korea Research Institute for Human Settlements) said, ‘unlike architecture, cities have more places that are not planned, so if you focus only on planning, you will lose a lot’. Also, Zoh Kyungjin (Professor, Seoul National University) stressed that ‘we should collect urban parks at the national level first’, asserting that KMUA should play the role of an archival centre since, particularly in the field of urban and landscape archiving, it is difficult to sustain a collection in the long term due to the different conditions of each local government. In the subsequent discussion, Lim Yookyoung (Research Fellow, Architecture & Urban Research Institute) claimed that ‘in the public perception survey, many citizens have expressed their desire for an institution that collects and exhibits based on its research. However, it is not about creating a research institute, so we need to persuade the public about the role of museums in the future’.

The second part dealt with collection practice. Lee Geauchul (Associate Research Fellow, Architecture & Urban Research Institute) presented on the goal of collecting modern and contemporary data first, which is relatively easy to obtain, and establishing an archive cooperation network and a digital archive one by one. Also, Won Jongkwan (Conservation Service Manager, Seoul Metropolitan Archives [SMA]) suggested, based on his experience from SMA, to establish strategies, conduct field surveys, and implement them at the same time. Meanwhile, Kim Taehyung (Team Leader, Mokchon Kim Jung Sik Foundation) shared his experiences of collecting the activities of Korean architects in the private sector and demonstrated a positive attitude to the question of cooperation with the institution. The event had great significance in that it is the first time that various experts have gathered and communicated with the public to consider the identity of the National Museum of Urbanism and Architecture(covered in SPACE, no. 639), which is set to open in 2025. The organiser changed the video to private on YouTube after the event, but plans to publish a resource book with the findings and reflections of the presentations and discussions. 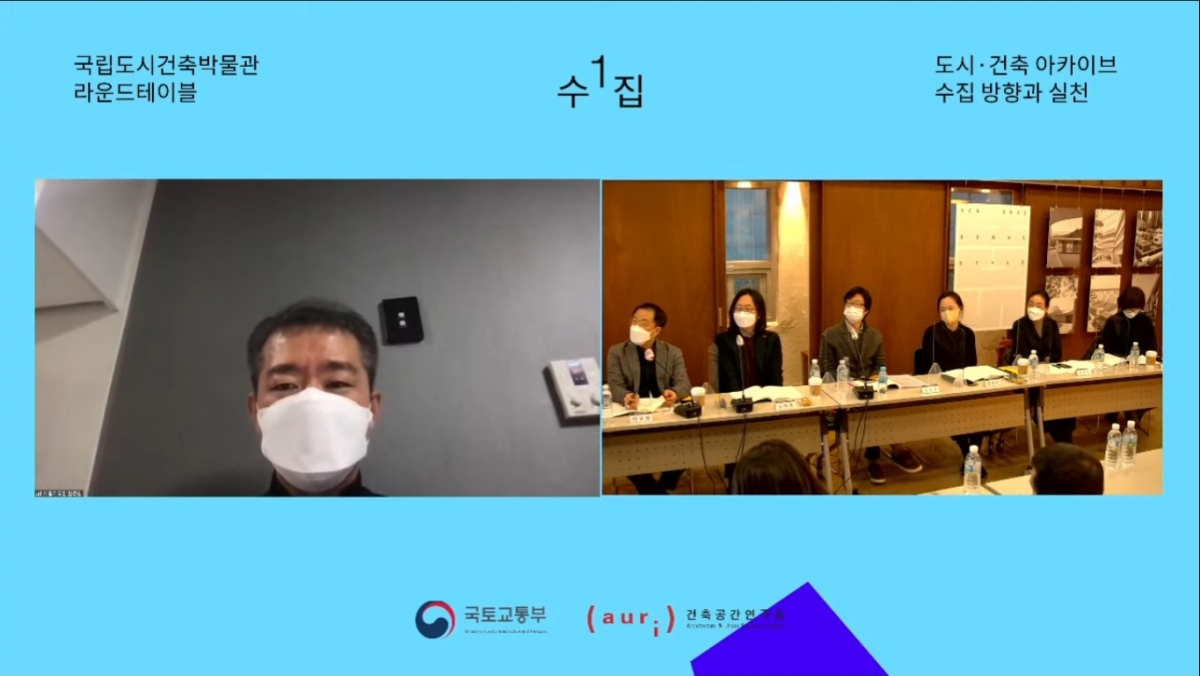