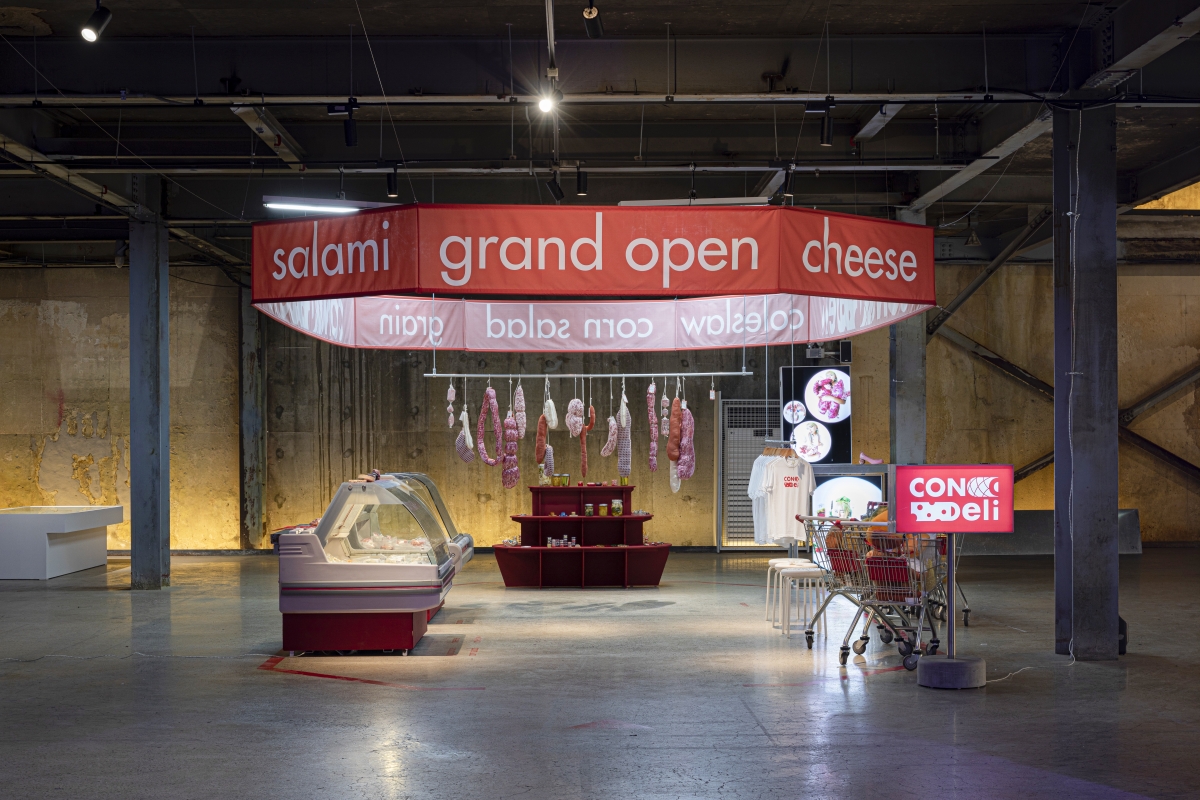 A terrazzo stool (which that looks as if a chunk of meat has been placed on top of it), a glass table that appears to melt onto a steel bench engraved with expedition tools and maps, and a shop that presents you with furniture when you purchase a printed book of furniture drawings and photographs. All of these intriguing works prompt our natural curiosity, and act as the backdrops to the three brand shops launched by ‘OH DEAR Co.’ ohdear, a creative collective of designers, have made their presence known to their the public through the exhibition ‘ohdear weekend’, which was on show last year in Uijeongbu, Gyeonggi-do and Myeong-dong, Seoul. Displaying and selling the work of distinctive designers, this exhibition not only captured visitors’ attention in gathering young emerging designers who are ‘on a roll’, but it also gave voice to different perspectives by focusing on works representing the identities of the designers rather than showing client-oriented products. About a year later, their third exhibition ‘OH DEAR Co.’ was unveiled at COSMO40 in Incheon, and claimed itself to be a virtual company. This is a strategy intending to show the process behind experimenting and overcoming the boundaries faced by the collaborating designers and artists, and presenting the final results in the planning and launching of a brand. Kim Byungkook (principal, MARCSOSA), the exhibition planner, described this as ‘an experiment veering between the main character in reality and a virtual alternate persona’. CON’C DELI, a brand formed of a food installation studio and an architecture-based manufacturing studio, here collaborate and reinterpret the correlation between food recipes and the mix of architectural materials (such as concrete). FROMET, a brand which adopts the concept of an expedition in search of meteorites that have fallen to Antarctica, in which furniture, glass crafts, and graphic artists present furniture and objects that are free from the restriction of function. DISSOLVE STORE, a brand that showcases the curious aesthetic moments discovered as byproducts of the design process, chose to display exhibits in a white cube. In this atmosphere of loose solidarity, artists participating in the exhibition presented bold work of a manner they have never before attempted. It was an imposing stage, choreographed with fluent gestures that disclose an ironic attitude towards the creative work industry, and where freedom and restrictions coexist in the ‘hip’ expression of the ‘primary character and alternate persona’.