Can The Korean Land & Housing Corporation be Reformed? 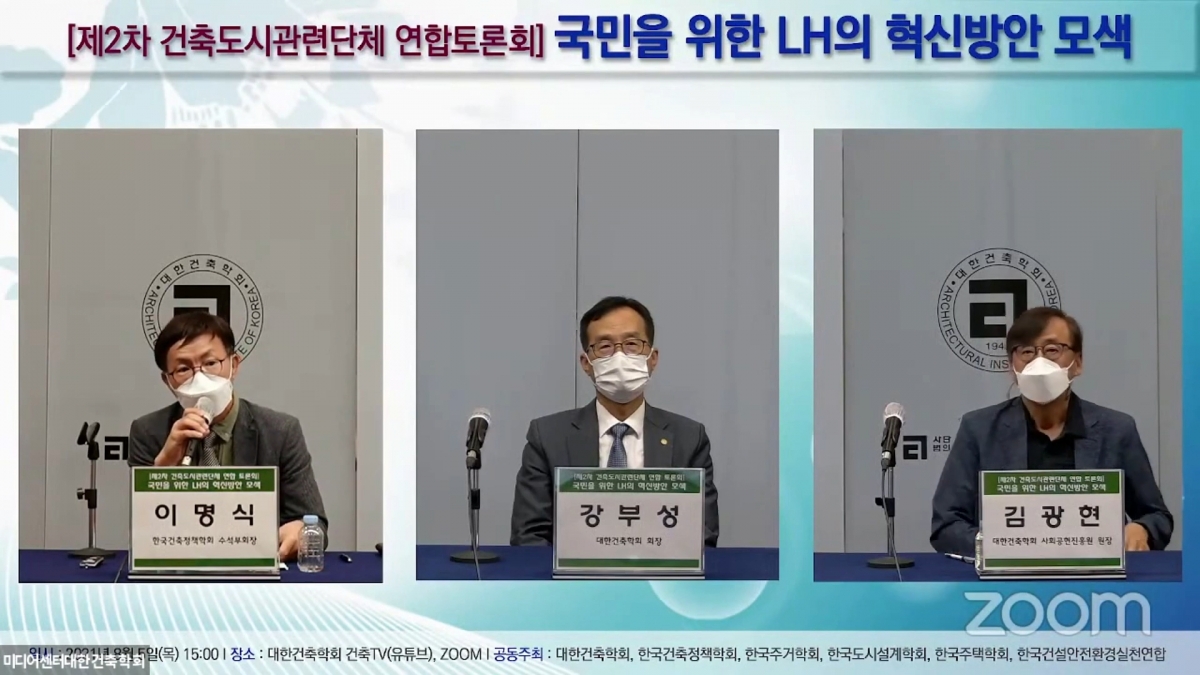 In recent months, there has been a discussion concerning the restructuring of the Korea Land & Housing Corporation (LH), in connection with the scandal arising around the real estate speculation by LH employees. On July 28, at the public hearing on the LH restructuring plan held by the Ministry of Land, Infrastructure and Transport, a total of three alternatives were discussed. Among Plan A (parallel separation between Housing/Housing Welfare and Land), Plan B (parallel separation between Housing Welfare/Housing and Land), and Plan C (the perpendicular separation between Housing Welfare and Housing/Land), Plan C was considered as the most persuasive. Subsequently, on Aug. 5, there was a discussion session ‘Seeking the LH Reformation Plans for the People’ held by the association of architecture and urban organisations. Experts on housing, architecture, and cities participated in the proceedings, and discussed the LH restructuring plan and upcoming roles.

The first presenter Lee Myugnsik (professor, Dongguk University) reviewed the three alternatives discussed at the public hearing in July and made comments on Plan C, the most convincing plan. The Plan C is to separate the Housing Welfare Department apart and make it a part of the parent company, and to integrate the Housing Department with the Land Department to make them a part of the subsidiary company. Then he pointed out issues as follows: ‘it is difficult to control the monitoring of the insiders, it is difficult to uniformly differentiate the roles of Housing Welfare/Housing/Land, possibly resulting in the repetition in work, and it can also lead to the development of the housing sites that are lack in publicness’. Then he also said that it would be better for LH to ‘transform into a specialised Housing Welfare Institution based on rental housing, while gradually reducing its roles of developing housing sites and supplying pre-sale housing, in line with changing times’.

The discussion was followed by Kim Kwanghyun (professor emeritus, Seoul National University). He said, ‘we must carefully review why the housing welfare overseen by LH is in violation of the Framework Act on Housing’. He criticised the fact that ‘restructuring plan of LH, which only focuses on 2.4 Real Estate Policy that is expected to be completed in 2025, should be modified’. Apart from the three plans proposed by the government, he proposed Plan D as another alternative: ‘this should effectively practise housing welfare in connection with Planning Committee, construction of public housing, in addition to the balanced development, urban regeneration, foreign project, and construction and technology support for national land development.’

Park Yongcheol (principal, Korea Labour & Society Institute) said that ‘it is necessary to promote measures to solve the fundamental problems of LH’s real estate speculation. Other measures that are unrelated must be thoroughly reviewed’. Then he repeatedly stressed the importance of ‘ensuring the direction and publicness of the projects that correspond to the objective of LH’s establishment’.

Ji Kyuhyun (president, Korean Association for Housing Policy Studies) also questioned whether it is appropriate to present a solution of ‘restructuring’ for the issue of ‘illegal speculation’. ‘Considering the larger goal such as housing welfare’, he said, ‘LH is not the only organisation that should be restructured. A governance system should be established so that the government, Ministry of Land, Infrastructure and Transport, and public corporates can perform their roles related to housing welfare.’