How to Travel in the Pandemic Era: ‘Traveling Without Moving’ 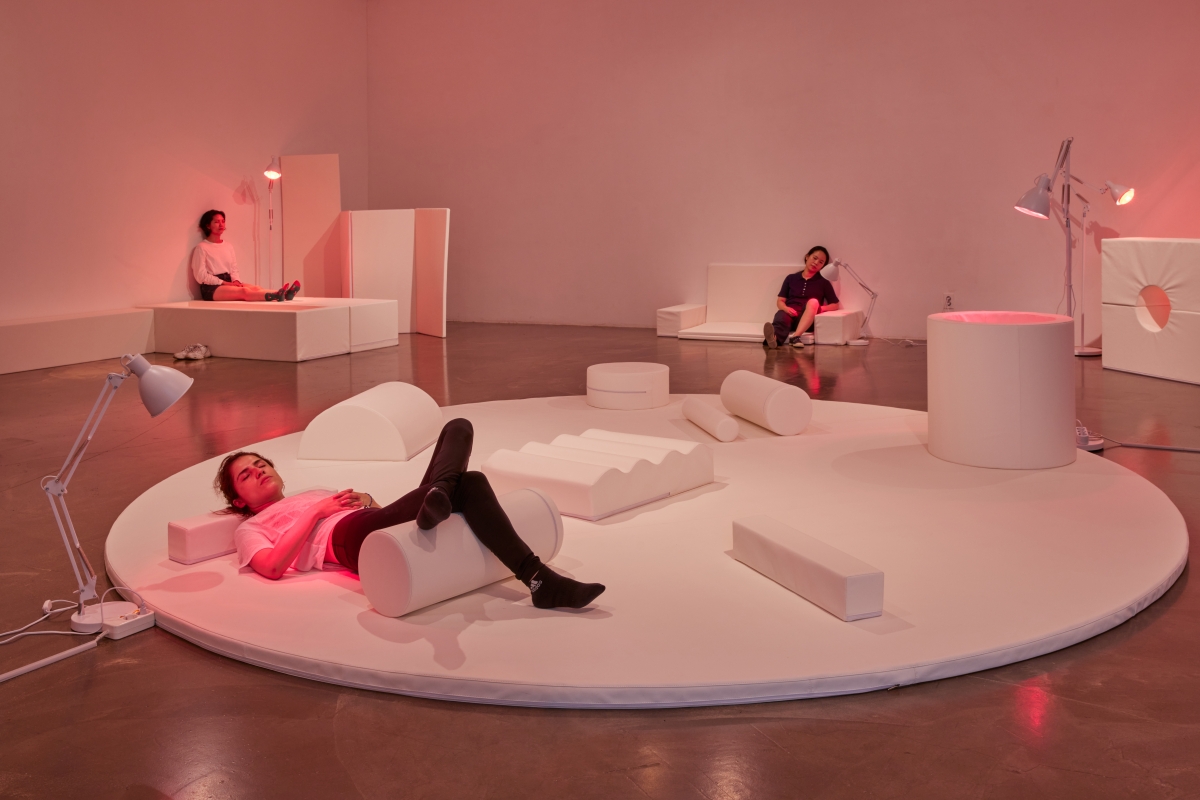 How is travel possible in the pandemic era, when mobility and transit are subject to certain restrictions? The exhibition ‘Traveling Without Moving’, held at MMCA (National Museum of Modern and Contemporary Art, Korea) in Changdong until Aug. 22, begins with this question. The title of the exhibition derives from a 2013 solo exhibition by one of the participating artists, Chung Soyoung. The intention is to ‘travel while standing still’ by geologically approaching the vertical change to urban space where numerous layers are constantly built and disappeared. The title, which was recalled eight years later, became a starting point from which to redefine the meaning of travel in a completely different pandemic context and to find alternatives.

Chung’s Mirrors for Mirok Li is based on the book The Yalu Flow (1946) by Li Mirok, who crossed the Yalu River to Manchuria during the Japanese colonial period. Chung visited the River between Sinuiju and Dandong in 2019 and replaced the space and time between these points with glass and a mirror reflecting the river’s flow while also observing the scenery Li would have faced. Cho Youngjoo presented Humangarten, a reinterpretation of the the caring profession. These installations made of materials that absorb shock are arranged in such a way so as to allow one to see the caring actions performed at homes, daycare centres and nursing homes from new perspectives. Infrared therapy devices in the form of lighting were installed throughout the gallery so that people could experience the acts of resting and caring. Lee Soyo, a biological researcher and artist, introduced Yago, a plant that parasitises silver grass, and in Feral in Seoul explores the existence of a foxglove tree that thrives in the cracks between concrete and cement in the city. The process of collecting, sampling, and archiving urban creatures that have adapted to the city for their survival reveals the substance of the work and the depth of observation. The exhibition, which traces lines of imagination through historical time and space, offers a new lens on daily caregiving, and observes the liberation of the natural in the urban, opens up the many multifarious ways of communicating with the world beyond the ‘alternatives’ posed by an era in which travel is not possible.