Announcements of the Winners of Three Design Competitions

On Mar. 26, the Korea Railroad Corporation announced that it had selected KODE Architects (principal, Kim Minho) as the winner of the design competition for their new construction project at Yeongdong Line Jeongdongjin Station. This competition invited designs for a 2,500㎡ station in the parking lot of the existing station in line with the increasing demand of passenger numbers as Jeongdongjin Station was confirmed as a KTX station. The winning proposal received good reviews for its approach to the area using horizontal elevations and vertical walls, and taking advantage of characteristics adjacent to the east coast, suggesting that the volume use U-glass to serve as a lighthouse. The Korea Railroad Corporation decided to preserve the existing station building in light of opinions voiced by the judges. There are plans to complete the design by the end of the year and to begin construction in February of next year and for completion at the end of 2023. 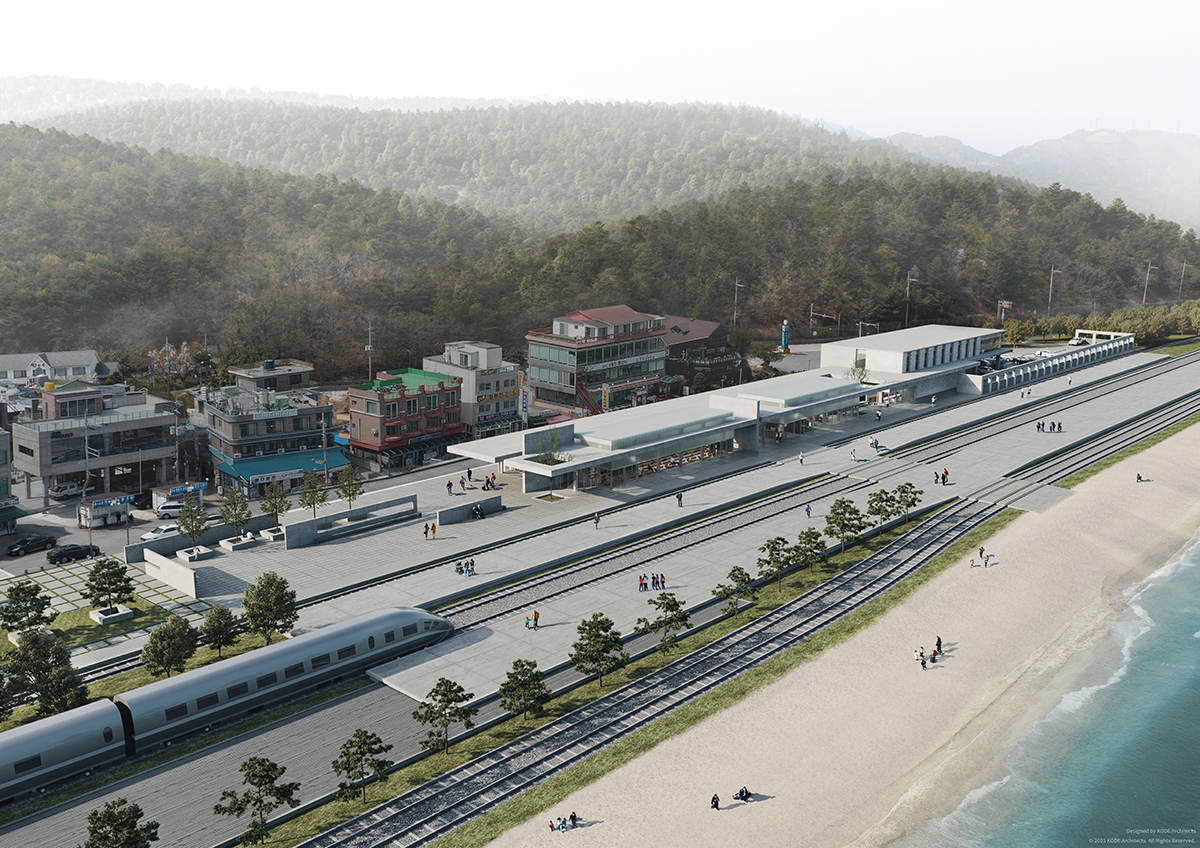 On Apr. 1, Changwon City Government announced the results of the design competition of the construction project for the Changwon Democracy Center. This competition was held to commemorate and preserve the visible heritage significance of Masan and Changwon, which served as a base for the democratisation of South Korea, such as the April 19 Revolution and the Bu-Ma Democratic Protests. The aim is to create a complex cultural facility with a total floor area of 8,300㎡ to inform visitors of the history behind and signficiance of the democratisation movement. Kim Junsung (professor, Kunkuk University) and hANd+ Architects Corp. (principal, Cho Jongwoo), the winner, interpret the meaning of everyday time and place as a spatial narrative through the theme of ‘Record of Time, The Memory of Place’. In a design proposal that creates a void space between the four-layered masses beginning from a rectangular cube, the judges highly commended the approach to the site, the entrance to the facility, the spatial experience of each facility space, and the journey to the staircase space returning to the starting point. The Changwon City Government plans to embark on design work this April and begin construction in January 2022 for completion by 2024.

Design Competition for Jinju City Public Eastern Library
On Apr. 2, Jinju City Government announced the results of an international design competition for the Public Eastern Library. The joint plans of Woodrock architects (principal, Lim Yunhee), Estudio SOL89 (co-principals, María González, Juanjo López de la Cruz), and Jongjinlee Architects (principal, Lee Jongjin) were selected as the winners of the competition. Under the theme ‘A Journey through Books’, they proposed a library that embarks upon a journey from the city to the park. Their proposal is defined by linking open interior spaces along the walkway between buildings, beginning with the entrance square. The judges highly commended the attention paid to the defining features of the site, the sloped terrain in particular, from which they derive the concept for the form and space, and the intention to create a future-oriented library in connection with the existing park’s movements. Jinju City Government plans to complete design work on this site of a total floor area of 4,600㎡ and on the three-story building with one basement floor within this year and to open the space in 2023. 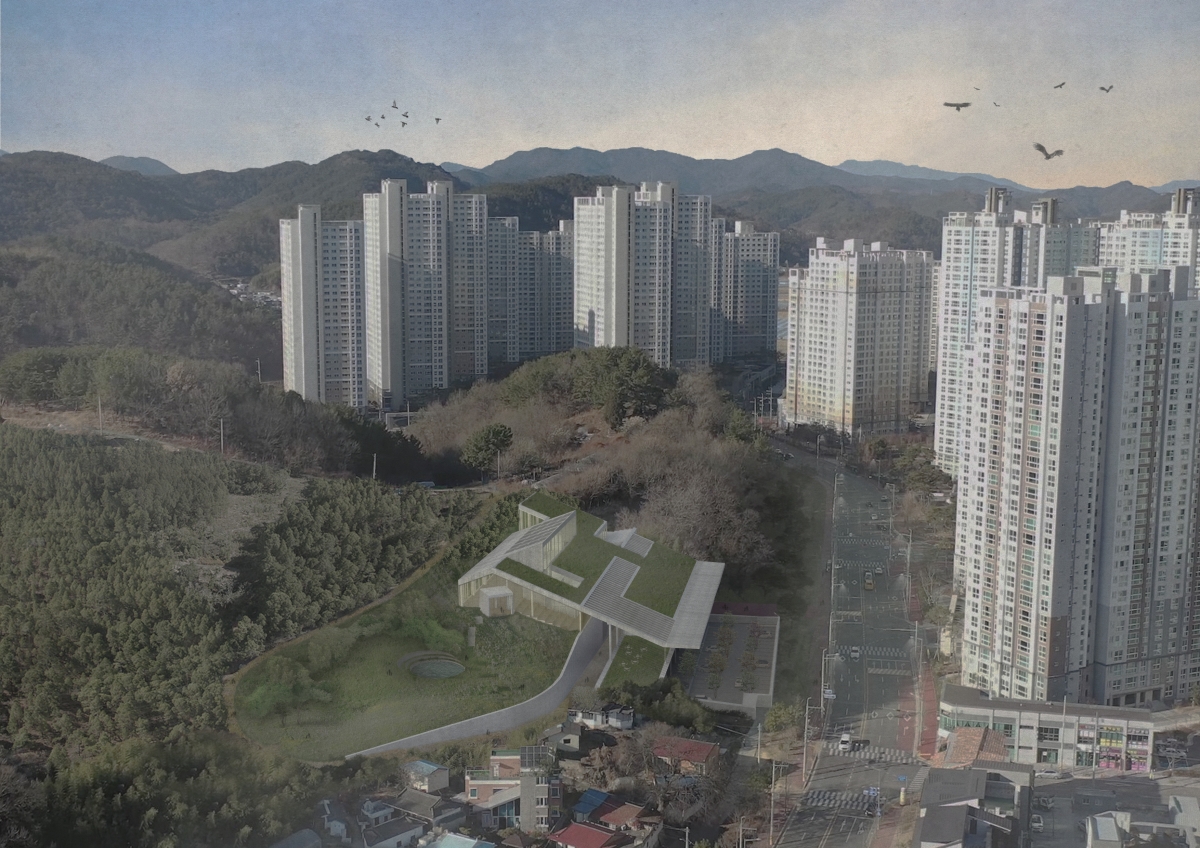