A Gesture of Resistance to the Customs of our Times: ‘Lee Bul – Beginning’

The exhibition ‘Lee Bul ‒ Beginning’ held at Seoul Museum of Art features a collection of records related to Lee Bul’s soft sculptures and performance works on which she focused in the first ten years of her career (1987 ‒ 1996). This exhibition distinguishes itself by highlighting the relationship between the more controversial works that brought her to global attention. After displaying her representative soft sculpture works and twelve performance videos consecutively in Galleries 1 and 2, the final part of the exhibition in Gallery 3 is an attempt to emphasise the relationship between the two forms through the various perspectives presented in her drawings, photos, objects, and other numerous by-products created in the process. The ‘documentation’ exhibited in Gallery 3 acts as a clue through which to trace her thoughts about why she came to view performance not merely as a one-time action but as an expansion of her explorations into sculpture. The Gallery 2 space, which displays twelve in the series of performance videos on both sides of an enormous black room, is encircled by her outcries and her gestures which explode forth simultaneously via multiple screens and thereby greatly amplify her message. This provides a new spatial experience.

Throughout works such as Cravings (1998), where she strides across the street with a monstrous-looking fabric sculpture, Abortion (1989), in which she shouts for women’s rights to abortion while hanging upside down naked, Magnificent Splendor (1998), which exhibits the decaying process of a decorated raw fish collected in a plastic bag, Lee Bul’s struggle against the social customs of her time through explorations of the female body continues to shock even 30 years after her ‘beginning’. Perhaps this sense of contemporaneity is evidence in support evidence her sense that society has not yet ridden itself of deeply embedded gender inequalities and prejudice against women in terms of abortion, misogynism, and gender disparity. The exhibition will be on show until May 16. 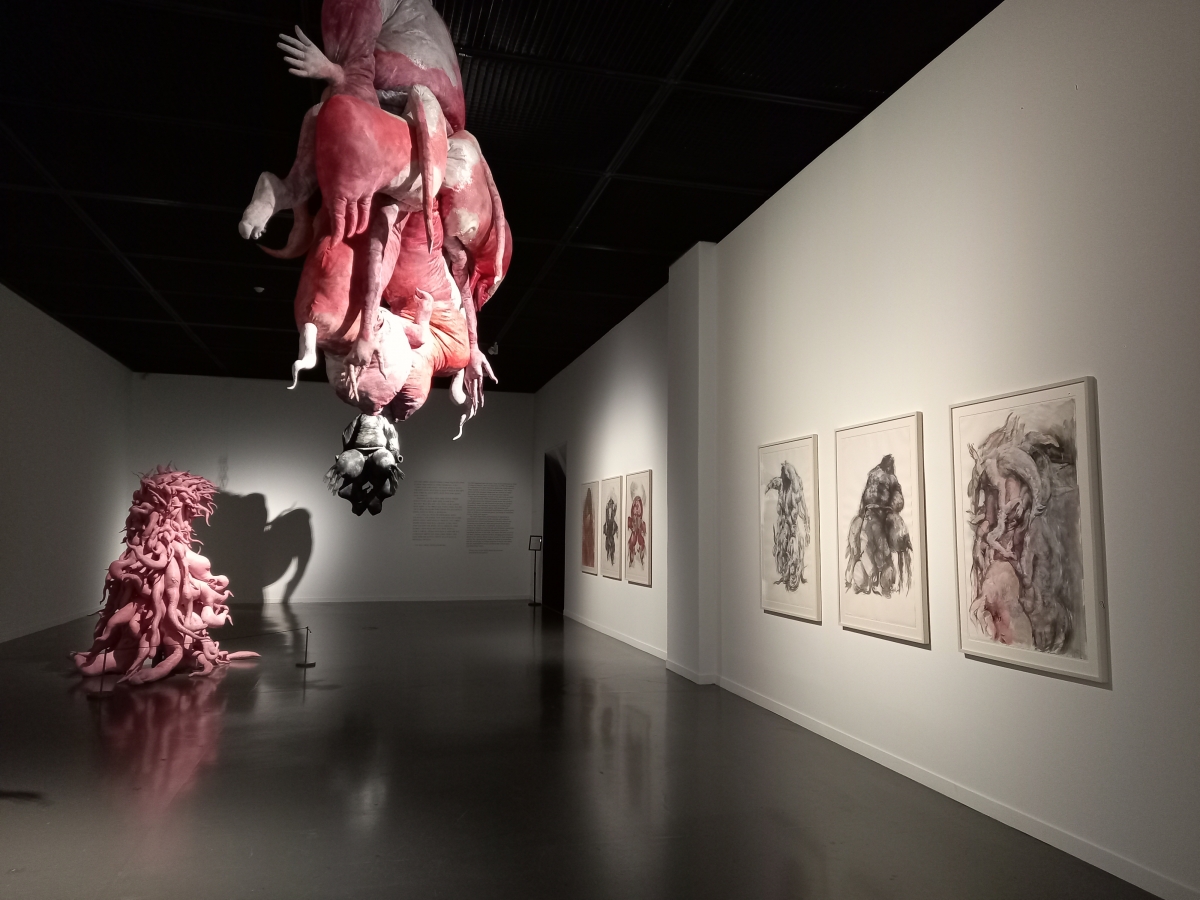