A Language Interpreted into Space and Material

Jenny Holzer is a conceptual artist who has continuously been active based on language. Beginning with ‘text work', which publishes aphorisms such as proverbs and adages about history, political discourse, and social issues on the streets of New York expands media such as everyday objects to electronic devices and buildings to deliver messages to the public. In this solo exhibition held at Kukje Gallery K2 and K3 from Dec. 10, 2020 to Jan. 31, 2021, she unveiled several new works along with her representative works, including LED and paintings. The new works that catch the eye in this show are the 36 watercolours that fill a wall of the K2 gallery. It was produced based on the “Mueller Report” of FBI, which investigated suspicions that the Russian government interfered in 2016 US President Election. Unlike the existing Redaction Painting series, where the deleted parts of the concealed government official documents were painted over with gold leaf, it is characterized by expressing the material properties of tangled and flowing.2016 The artist's anger and confusion felt while watching the "Mueller Report” that deleted the essential details, such as the authenticity of the case, is gradually falling into a labyrinth. Truisms (2020), which convey a message with a sense of tone through a rotating 3-meter-long LED sign, and sculptures inscribed on marble chairs are also presented. The artist set the title of the exhibition, which was postponed for about ten months in a pandemic situation, as ‘It’s crucial to have an active fantasy life.’ The show offers the experience of how the artist's messages thrown toward society are translated through space and material. 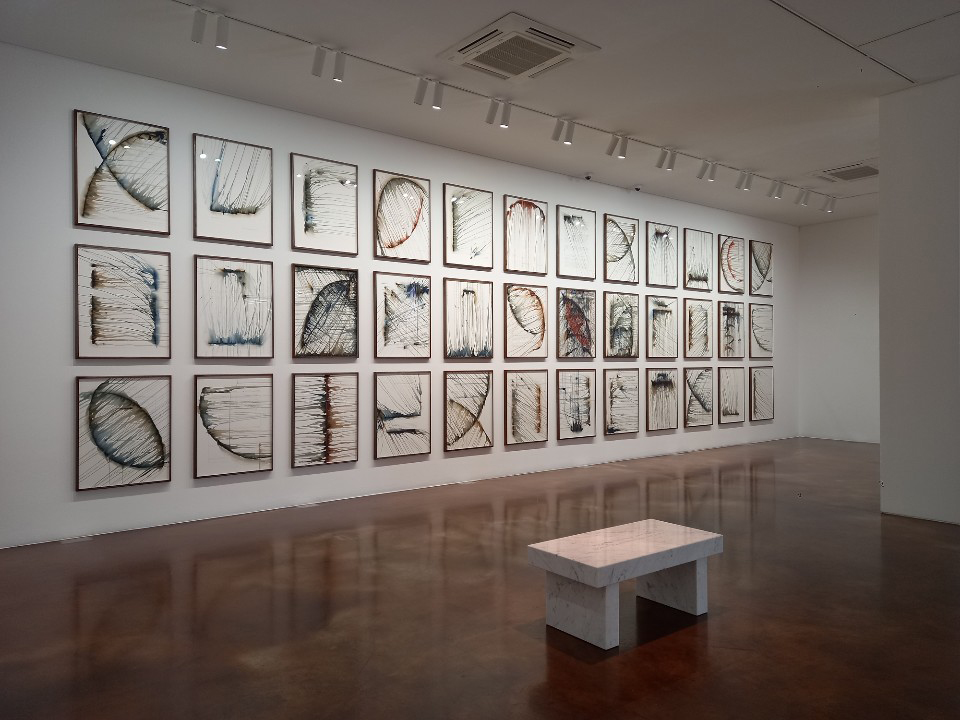