The Seoul Metropolitan Government announced on Nov. 11, 2020 that ‘GROUNDSCAPE’ by ONE O ONE architects (principal, Choi Wook), gangheejae architects (principal, Kang Soungwon), and Seoahn Total Landscape Architecture (principal, Jung Youngsun) had been selected as the finalists in the Design Competition for the Preservation of Structural Remnants on the former site of the Uijeongbu. This competition was organised so as to build a conservation facility to preserve, manage, exhibit, and protect the structural foundations and remains of a building uncovered on the site previously owned by Uijeongbu, the former State Council during the Chosun dynasty. With the intention of ‘categorising the space in which a diverse history, ranging from the Choson dynasty to the present day, has been compressed into various layers and displayed as a united landscape’, the final design placed a yard at the front, stylobates around the protective angles, and designed the protective angles with light structural materials and the exhibition building. The examining committee explained that their decision was based on ‘the design’s ability to act out the symbolic meaning of the Uijeongbu building abstractly via location and volume, to create a hierarchical order using level differences, and on building an external space that considers its position relative to the high-rise buildings in the southeast’.

Following this, the Seoul Metropolitan Government announced on Dec. 9, 2020 that it has selected VOID Architects (co-principals, Lee Kusang, Zhang Kiuck) as the finalist in the Design Competition for the Joint Building of the Garak Fire House and the Gangnam Agricultural and Marine Products Inspection Center. This design competition was initiated in order to facilitate a government complex that houses Garak Fire House — which had to move due to the Garak Market Modernization Project — and the Gangnam Agricultural and Marine Products Inspection Center. As stipulated in the competition guidelines, Seoul Metropolitan Government requested a design that would not only satisfy the respective demands of two different public facilities but also ensure the effective coexistence between the two. The winning design placed Garak Fire House and Gangnam Agricultural and Marine Products Inspection Center at the lower and upper levels respectively and composed the interior with programmes demanded by each facility. The design also dedicated the central part of the building, which connects the two facilities to a virtual garden named ‘green ground’, and positioned a restaurant, gym, seminar room, and café around it. The area was then connected to the outside via an inclined road that would function as an open space for residents and visitors alike. The examining committee reviewed it as having ‘a high level of understanding towards the public character of public architecture as well as for the particular character of the program’.

On Dec. 13, 2020, Gwangju Metropolitan City (hereinafter GMC) announced that it selected the design from Human Plan (Principal, Yang Byungbum) as its finalist in its Design Competition for Training Facility for People with Disabilities. This design competition, directed by GMC, aims to construct a training facility for lodging, convention, culture, and sports activities for people with disabilities on the site of the Gwangju Inhwa School located at Samgeo-dong in Gwangsan-gu, Gwangju. Gwangju Inhwa School, which features as the setting for the novel Dogani, was closed in 2011 following reports of cases of sexual violence. As well as the training facility, of 9,880m2 in floor area size with one basement floor and four floors above ground, this design also features a Human Rights Memorial Hall, which was remodeled from that of the original residential building. The design was highly commended ‘for considering the organic connection between facilities and its placements that display a diverse range of accessibility options using the level differences on site’. As the first training facility for people with disabilities in Korea, GMC expressed its wish that this place ‘be transformed from a space of pain to a space of restoration and bliss, as well as a space in which people with and without disabilities can mingle’. 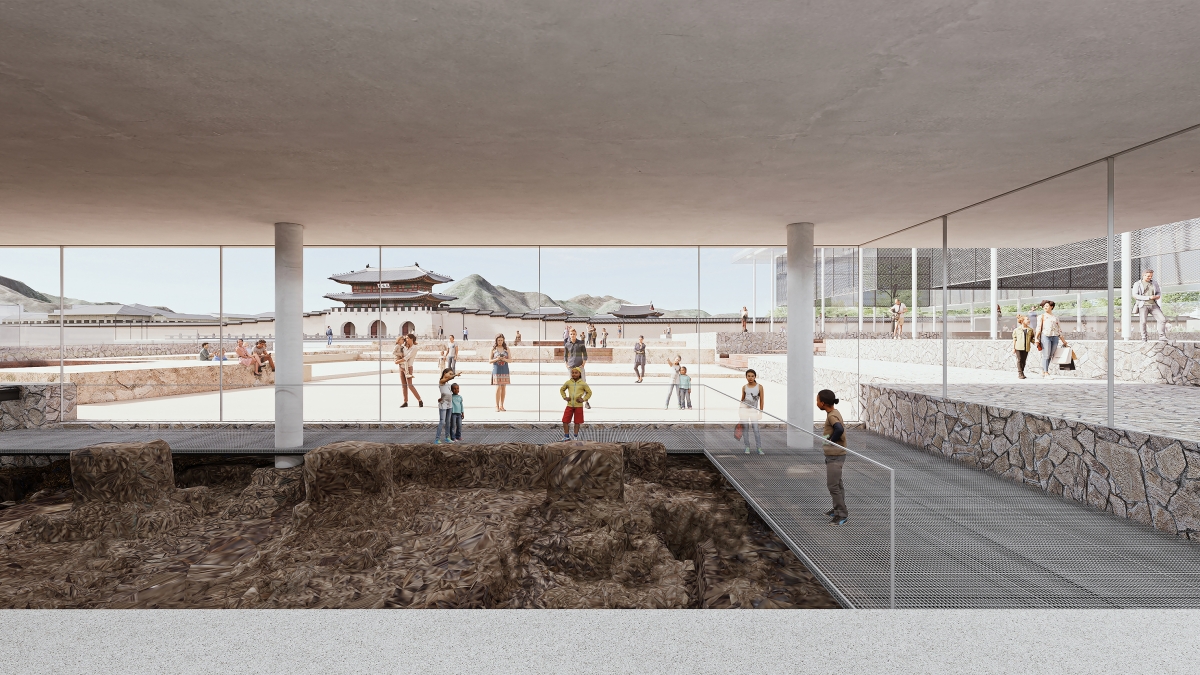 Winning proposals: Design Competition for the Preservation of Structural Remnants on the former site of the Uijeongbu

No.638 January 2021 Design Competition Preservation of Structural Remnants on the former site of the Uijeongbu Joint Building of the Garak Fire House and the Gangnam Agricultural and Marine Products Inspection Center Training Facility for People with Disabilities in Gwangju
LIST
bookmark_border
favorite_border
1