Announcement of the Three Winners of the Design Competitions

​‘House with a Courtyard’ by cosmo-s architecture + Cheon Janghwan

On Jan. 13, Paju City announced that ‘House with a Courtyard’ designed by cosmo-s architecture (principal, Ha GyeongHun), and Cheon Janghwan (professor, Kyung Hee University) had been selected as the winner of the Design Competition for Extending Administration-Welfare Center in Gwangtan-myeon. This competition was promoted to separate the administrative functions from a community centre in the Gwangtan-myeon Administration-Welfare Center, completed in 1995. The winning proposal proposes a space like ‘a low wooden bench under an old tree’ for the community. The design features three small buildings with many open spaces rather than a single large structure. The jury noted the proposal ‘properly interpreted the complex context of the site by three divided buildings’ and ‘used concise and clear gestures by making public space at the centre clearly and recognisably adjacent to the existing government building’, adding that ‘the design suits the region thanks to its modest materials and shape’. The project with a total floor area of 1,091m2 over two floors is expected to be completed in the first half of 2022 with a total project cost of 3 billion KRW.

‘The place to be one’ by AUBE architects + onlarch

Seoul Metropolitan Government (SMG) announced on Jan. 18 that ‘The place to be one’ by AUBE architects (co-principals, Jeon Jaeyoung, Yang Jeongwon), and onlarch (principal, Oh Myunghwan) had been selected as the winner of the Design Competition for (tentative name) the Unification Cultural Center. Aiming to create a facility for exhibitions, archives and education on the site near the Institute for Unification Education in Suyu-dong, Gangbuk-gu, Seoul, the design competition required a proposal that would remodel and extend the site while preserving the existing building with one story above ground and one below. The winning proposal, ‘A Single House’, extends the wooden structure and open space of a courtyard and juxtaposes a new volume with the same position in order to continue the morphological vocabulary of the existing square-shaped building. The proposal also added architectural devices, such as a setback wall, large windows, and little wooden porch. The jury noted that ‘The proposal seems to cope with the existing order, achieving excellence in its overall harmony and sense of unity, and making an outstanding interpretation of the site, which creates a remarkable connection between addition and extension’. They added that ‘The project provided a clear solution to the overall conditions’. The winning proposal is expected to be built with a construction cost of about 2.7 billion KRW. 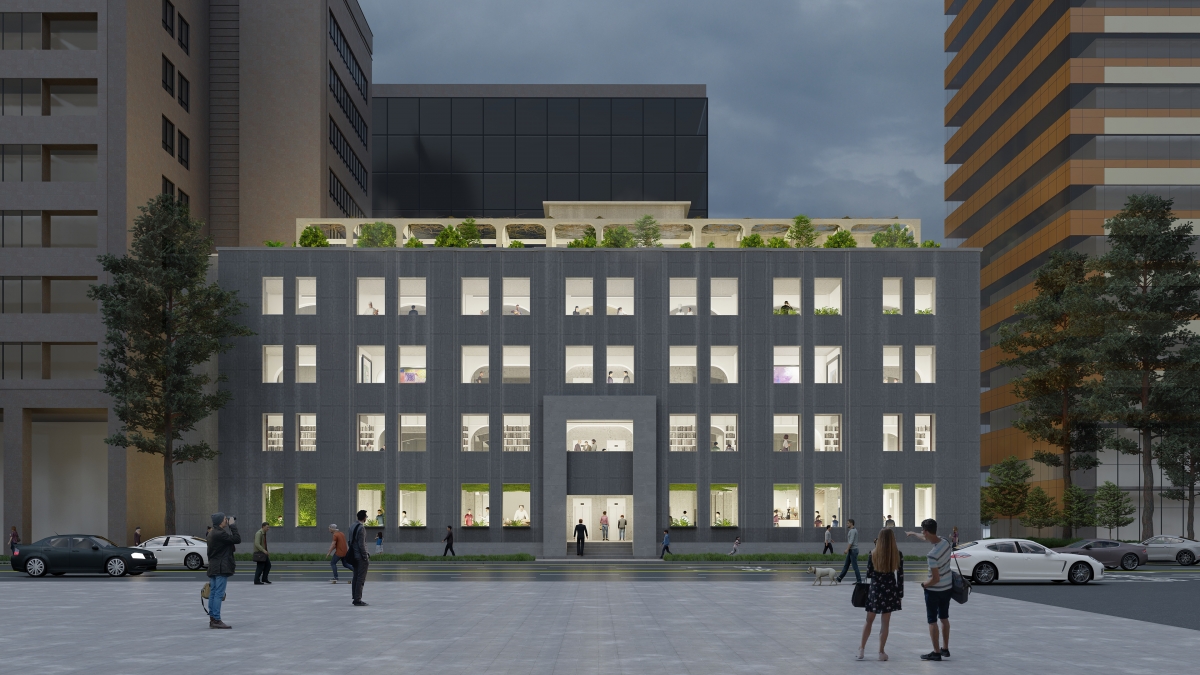 On Jan 29, the SMG announced the ‘Seoul Corridor’ by SOAP SOAP (co-principals, Kwon Soonyup, Kim Yoonhee) had won the Design Competition for the remodeling of the SEOULMADE MUSEUM. The competition was held to invite spatial designs for the improved communication and complex cultural experience of the ‘Former US Cultural Center Seoul’, the National Registered Cultural Heritage No. 238 in Euljiro, Jung-gu, Seoul. SOAP proposed a ‘flexible corridor interior space’ that would ‘maintain the exterior façade and internal structure as much as possible’ within ‘a building that has long been office’. The corridor is a space along which a modular wall system has been applied by using the space between the existing columns of the building, and which will accommodate various functions rather than a specific one. The jury highly praised the ways in which ‘the proposal actively uses columns, a characteristic feature of the building’ and ‘devised a spatial unit system instead of making significant structural changes considering a project on a tight budget’. However, they also added that ‘more consideration should be made to prevent confusion of the circulation of users’. The construction cost of Seoul Corridor is expected to be approximately 4.4 billion KRW.