A Meeting Between the River, Island, and Moon

The full moon has risen above the surface of the Hangang River. It is Moonlight Nodeul of Nameless Architecture, which won the international competition held over two months from June 2020. In order to revitalise the space at the bottom of Nodeul Island, where flooding is frequent due to the fast flow rate of the river and the fluctuating water levels, the Seoul Metropolitan Government (SMG) promoted a public competition project to create a cultural space in this previously neglected wharf. It is part of the Seoul Urban Art Project ‘Seoul is a Museum’ which rediscovers abandoned spaces and turns them into art spaces. In this competition, four domestic and foreign finalists, including Superflex, Lead Pencil Studio, Random International, and Nameless Architecture) selected through the Artist Recommendation Committee and Artist Selection Committee presented various interpretations of Nodeul Island Wharf. The winning work Moonlight Nodeul, which expresses the meaning of Nodeul Island, a 100-year-old resort and brought about the original Korean sentiment for the moon. The judges highly appreciated the way in which it grasps environmental characteristics such as the flow and wind of the Island and enhances its use as a cultural space for citizens.

Moonlight Nodeul is a circular metal structure of a diameter of 12m in the shape of the full moon. 45,000 holes of different sizes have been drilled, and sunlight passes and reflects around the space, illuminating the shape of the moon on the Hangang River. The structure, which has an observation deck, a rest area, and a small stage, is defined by the way it floats on the water so as not to be submerged in heavy rain. A faint light flows at night through the lighting installed in the structure, creating a hazy landscape. The SMG is planning to hold an opening ceremony on Feb. 26 in time for Jeongwol Daeboreum, the first full moon of the lunar year, and to hold an event in which messages detailing the wishes and hopes of citizens will be floated on the River. 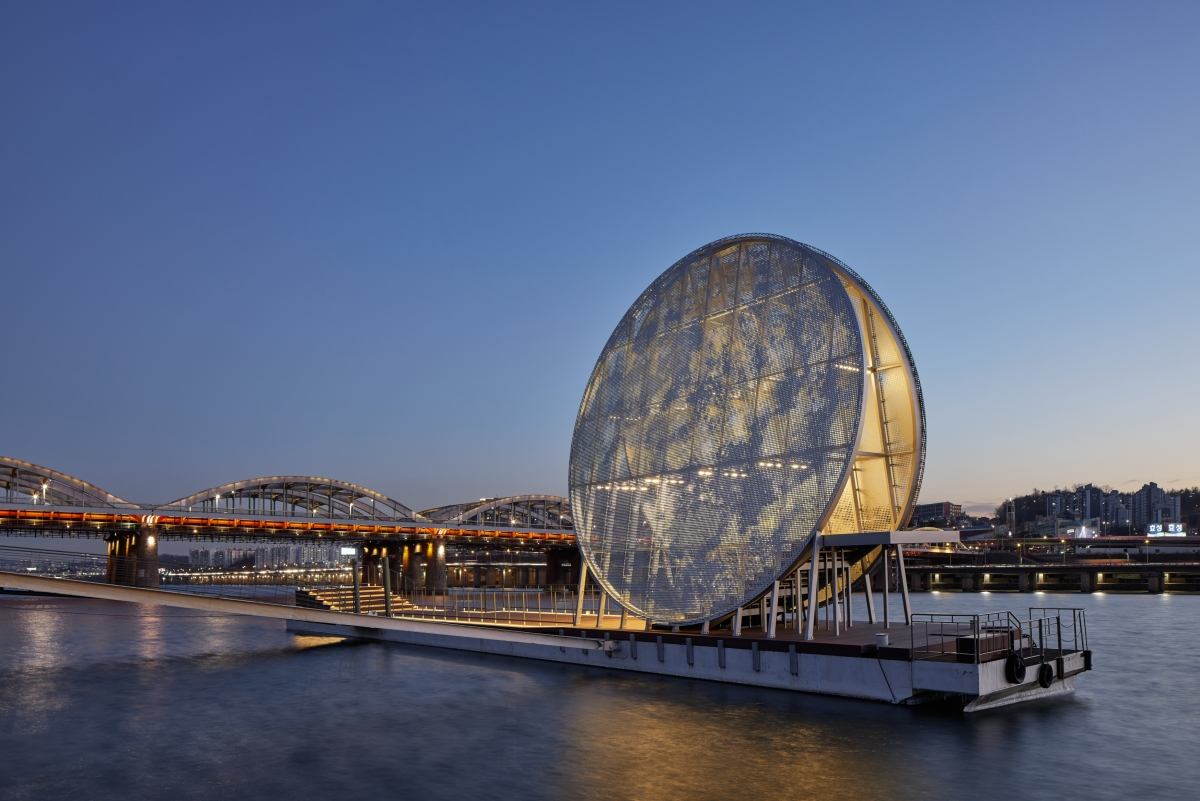