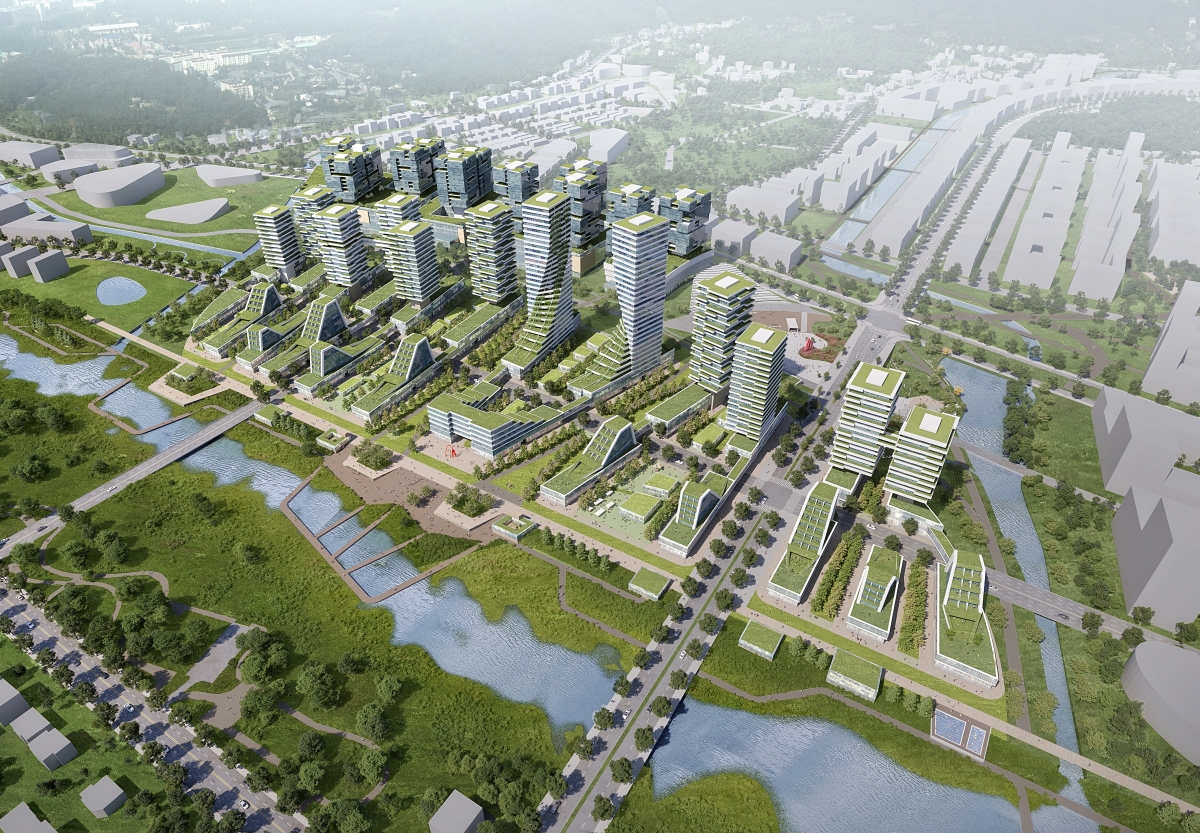 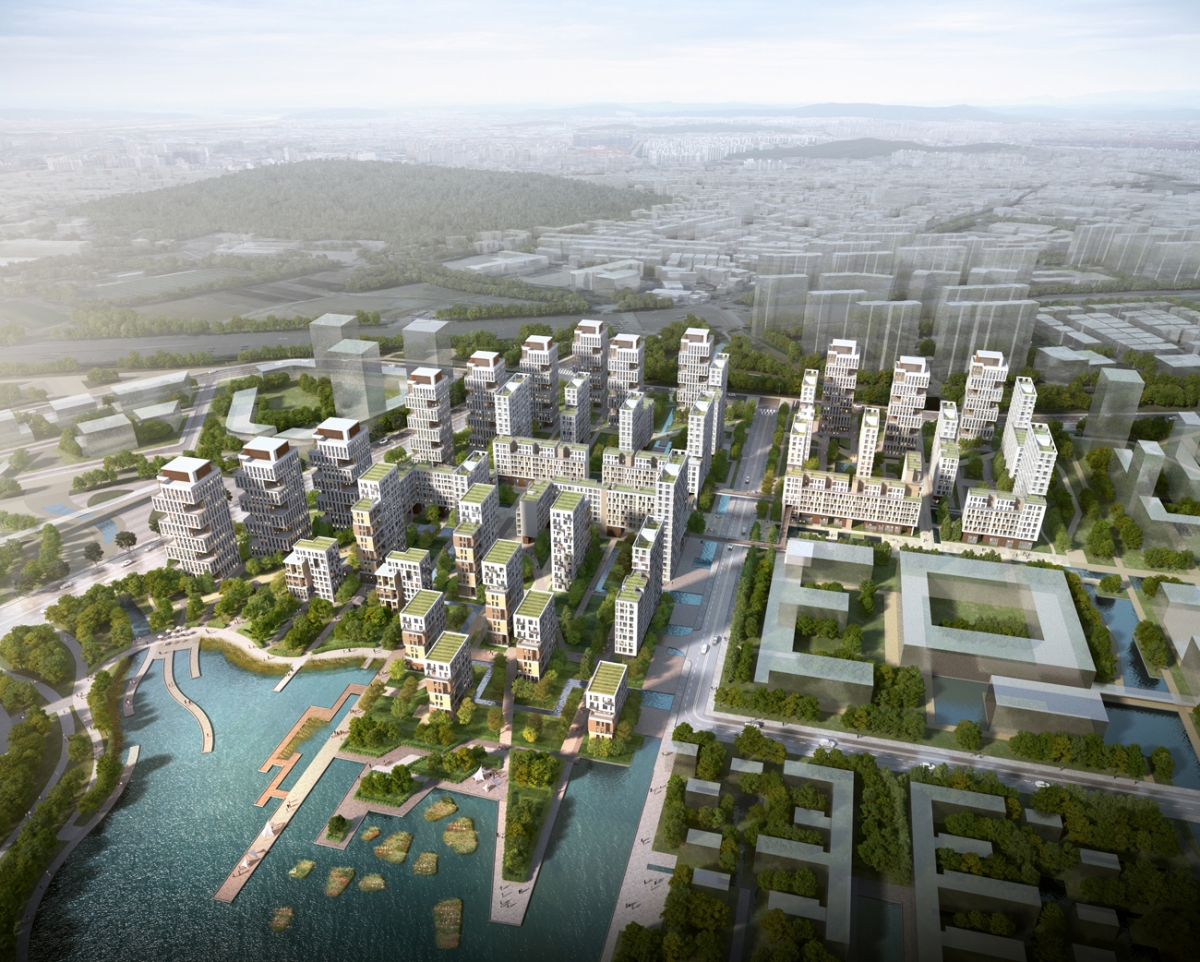 This international design competition, organised by LH under the theme ‘A Co-Existing and Mutually-Developing City of Co-Sustenance’ was held for the first time on behalf of third generation new towns. This competition is unique in that planned to avoid conventional planal design by dedicating a special zone within the district to a work of multi-dimensional urban spatial architecture and a demonstration project for the first village composed of 10,000 blocks. Seven local and eight foreign firms participated in the competition and proposed a diverse range of development plans.

The Changneung district in Goyang city, which lies in the northwestern region of Seoul, is a housing site furnished with one million pyeong of green belt land and 40,000 plus pyeong of self-sustainable land that has access to the GTX-A train line. Key aims were the integration of the self-sustainable land with the areas stretching along the subway line, the creation of parks and green belt areas for each zone, and the construction of a lake park, while also conducting a broader maintenance project trained on the Changneung stream which cuts across the centre of the district. The winning design was reviewed favorably for proposing a ‘Co-living situation, including co-existence with neighbouring areas and nature, and the sustainability of future generations’ as the city’s future prospects. Specifically, the design advanced the ‘restoration of the derelict green belt area and waterside spaces along Changneung stream, the establishment of a street network that will prioritise accessibility to public transportation, and the construction of 11 living zones that will grow in a mutual relationship with the surrounding area’. An integrated central district was to be placed at the centre of the district, where the newly-constructed Goyang train line intersects with the BRT line, and an integrated transportation transfer centre was proposed for the recreational and cultural centre. A waterside town at the centre of this wider cultural space that would also form connections with the old city centre along the Seongsa stream was also proposed, along with a historical/cultural town that would highlight its close proximity to the world heritage site, Seooreung Royal Tombs.

Daejang district at Bucheon, which is located right below the Gimpo International Airport, was designed with the aim of forming an industrial-recreational integrated city that would house a self-sustaining site composed of new industries such as artificial intelligence, aviation, and drone manufacture as well as a theme park, a multi-sports centre, an activity-training centre, waterside park, and a cultural complex. The selected design proposed the ‘revitalisation of this isolated zone into a vibrant city’. The design attracted the attention of the judging committee through its plans to classify its zones into three, comprised of a green platform (self-sustaining), a lake park (education and culture), and a central park (nature and recreation) while connecting the district centre with a multi-purpose band that would tie the residential, commercial, industrial and business threads together. It was also highlighted for its suggestion to introduce a S-BRT integrated transportation transfer centre—which would link to the public transportation system—as a towering landmark that would form a harmonious relationship with the multi-dimensional pedestrian pathways and the open green belt land.

At the end of this international competition, the basic urban planning stage for these third generation new towns is now complete. The winners will be provided with the rights to conduct multi-dimensional urban spatial architecture projects, accorded priority in negotiation rights for the demonstration project for the first village, and given the authority as head architects in charge of urban planning.