On Sep. 25, WISE Architecture (co-principals, Jang Youngchul, Chun Sookhee) was selected as the final winner in the design competition for the Ang-gang Bay Archipelago Observatory Deck Construction Project. Namhae-gun hosted this design competition with the aim of creating a building that would blend into the landscape rather than conceived of yet another lofty observatory from which visitors can admire the surrounding seascape. In a site of 3,500㎡ located in Murim-ri in Idong-myeon, participants in the competition were asked to submit a design proposal that included an observatory, a pavilion, a children’s play area, and food and beverage facilities.

WISE Architecture, the final winner, presented ‘Ang-gang Hill’ that was designed using the motif of a stone mountain in Namhae. The architect intended to create an observatory shaped like the ascent of a mountain and proposed programmes including a play area, convenience facilities, and a parking lot on the lower level. The jury committee noted that ‘considering the budget and the size of the site, the creation of a mountain-shaped structure achieved by stacking stones could feel somewhat excessive’ but concluded that such a design would communicate the enchanting qualities of this site, attracting visitors from far and wide. They also added to this summary that ‘the project maintained a sense of “publicness” through a building design that reflects how people with disabilities will be able to approach the building’.

Namhae-gun, the host of this design competition, announced that they will sign a construction contract with WISE Architecture and carry the project forward to embark on construction in Mar. 2021. 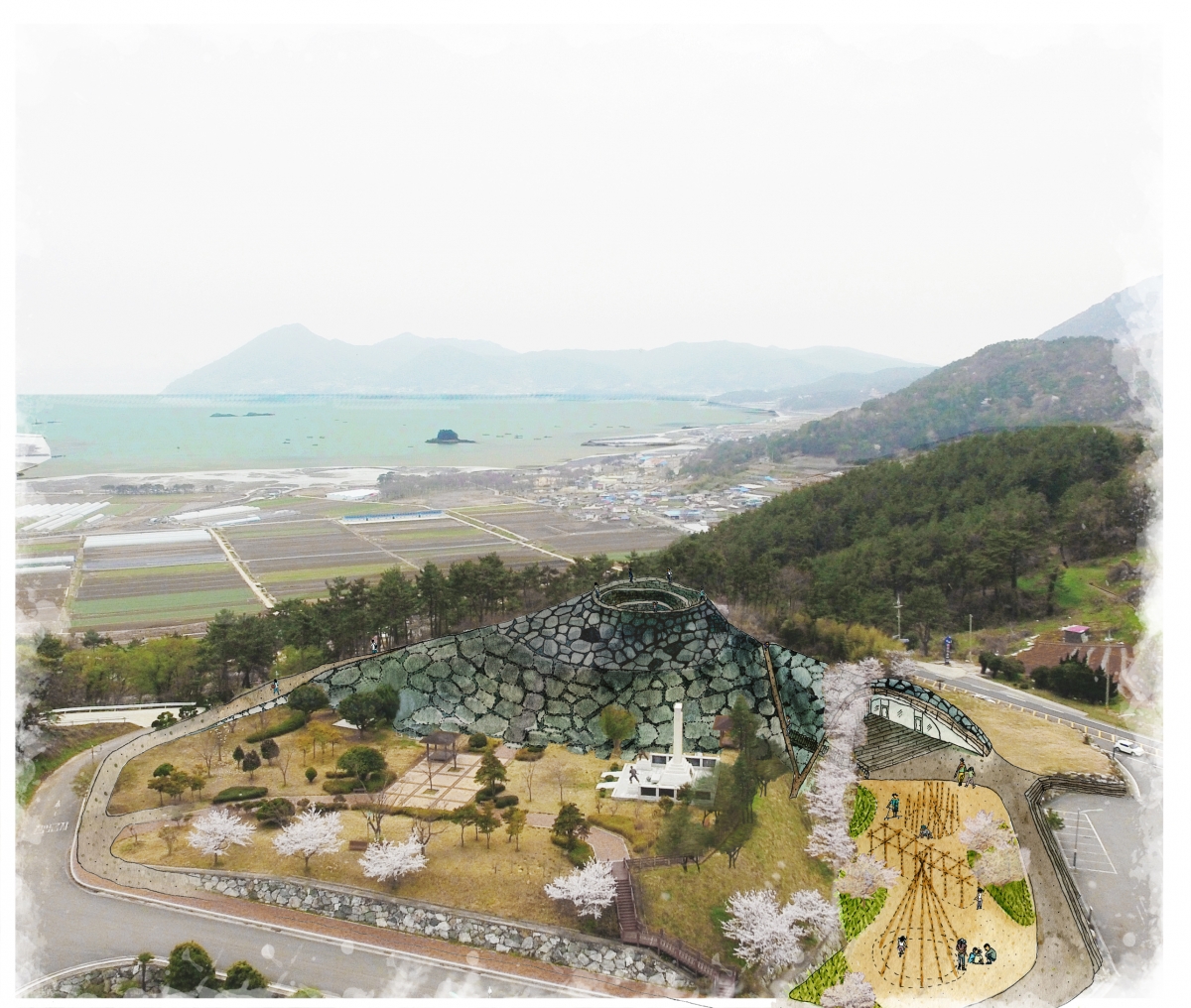