Unfamiliar Figures Made of Familiar Objects and Stories

The ‘MMCA Hyundai Motor Series 2020: Haegue Yang - O2 & H2O’ has been on show at the National Museum of Modern and Contemporary Art (MMCA) in Seoul since Sep. 29. Yang is the central figure in this year’s annual exhibition, which highlights the notable Korean artist, a visual artist based in Berlin, Germany. Creating installation works that use materials encountered in everyday life, she scrutinises major contemporary themes such as migration, tradition, globalisation, and war. The title of this exhibition, ‘O2 & H2O’, is identical to the title of her solo exhibition held in Germany in 2002. Yang said that the title was conceived in the sense of air and water crossing each other’s boundaries according to changes in temperature. It is a title that expresses her way of working, creating new meanings by placing objects in different locations from that of their existing contexts.
This exhibition introduces recent work on the themes of boundaries, animism, and folklore. Upon entering the central space of the museum, Seoul Box, one encounters the 7.8m-high installation work entitled Silo of Silence – Clicked Core (2017). Yang completed this cylindrical-shaped installation work by joining blinds – which are often hung next to windows – one after the other in layers. She made the work in a cylindrical shape to make it appear to be an industrial storage facility, thereby expressing the notion that we are in a period of transition between the industrial age and the digital age. One experiences the past when inside that room, and when one emerges they return to the present. In room 5, there is a graphic work entitled DMZ Un-Do (2020) on display, covering the wall in its entirety. By creating a collage of images, such as those of iron railings in the Demilitarized Zone, a signboard pointing to a rest area, hydroelectric dams, and windmills, the artist expresses the moments to be found in this peaceful Korean Peninsula where the North and South leaders met with each other.
By weaving small bells together, Yang also creates electric irons, a computer mouse, hairdryers, and pots common to every household. A series of works under the title Sonic Domesticus (2020) make a sound whenever they moves, rendering the quotidian objects used everyday appear unfamiliar. Sonic Ropes (2020) uses bells as its main material, as the artist intended to reproduce the sense of the folkloric through this work. Bells hanging from the ceiling of the museum remind us of the object that enables the main character to escape in the folktale ‘The Brother and Sister Who Became The Sun and the Moon’. A series of works entitled The Intermediates (2017) made from woven straw take on the look of an Immogi from a folktale, which suspended on several wires appears like clouds.
Due to the Coronavirus Disease-19, the exhibition is by reservation only, and viewing appointments are available for two hours upon entry. The exhibition will be on display until Feb. 28, 2021. 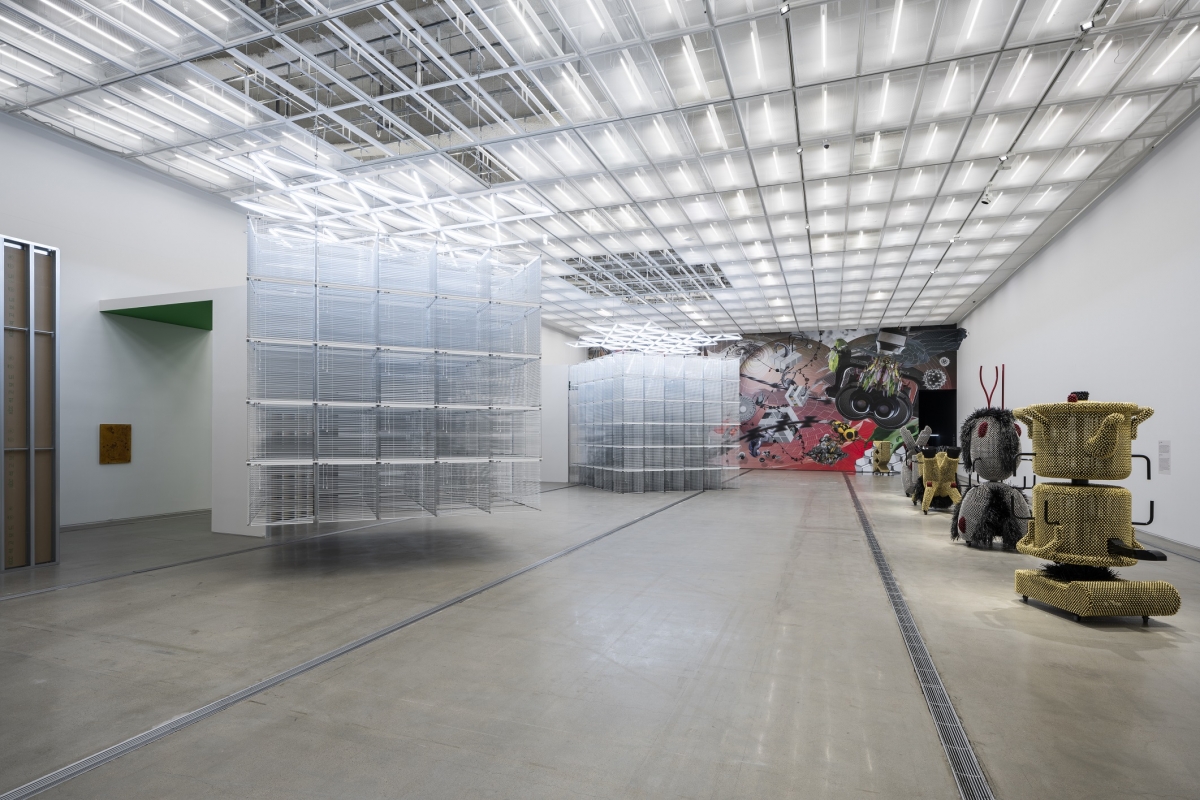