The Announcement of the Three Winners of Landscape Architecture Competitions 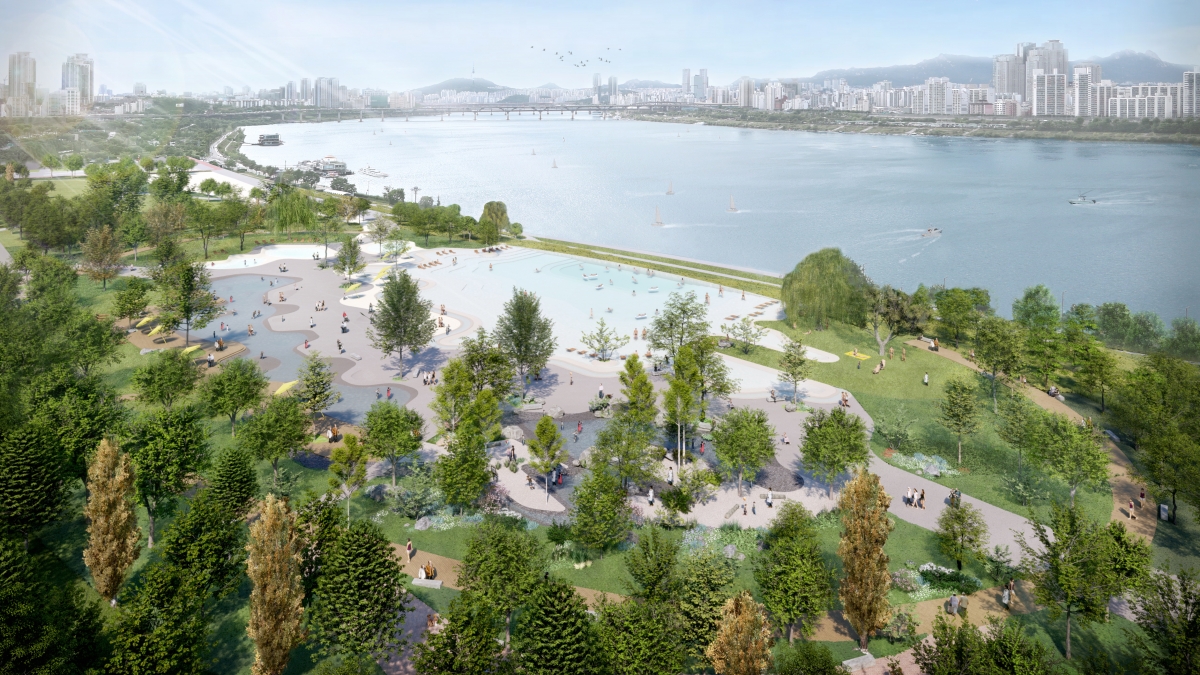 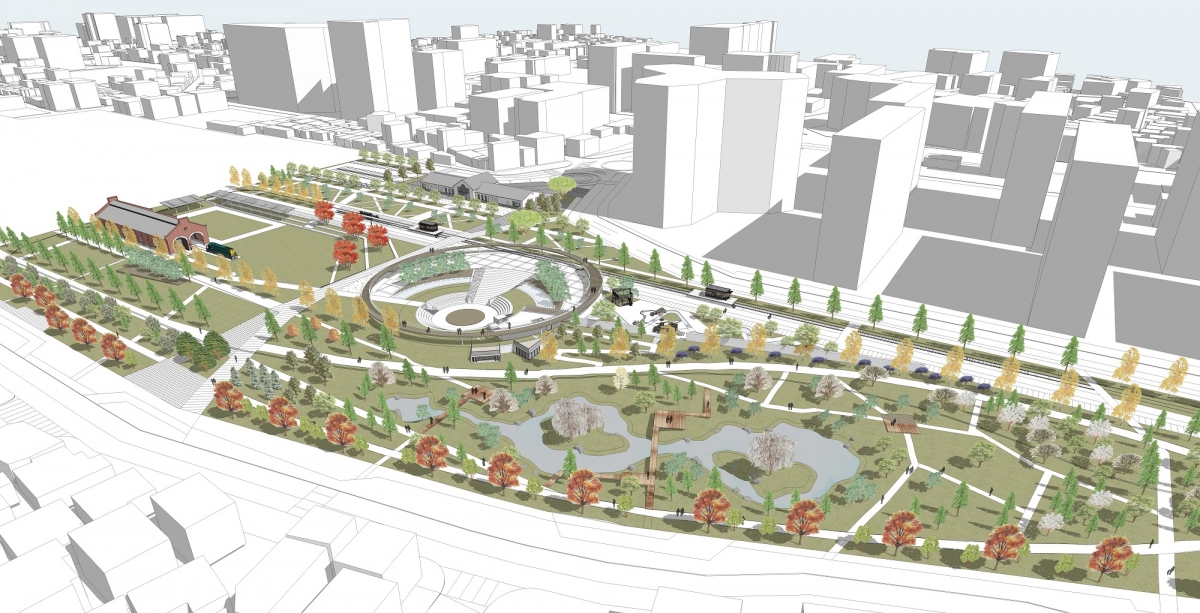 Dongsimwon Landscape Design & Construction Co.’s ‘Wonderful Land’ (principal, Ahn Gyedong) was awarded the first prize in the Competition for the Natural Swimming Pool at Jamsil Hangang Park. The Seoul Metropolitan Government plans to renovate the swimming pool facilities in Jamsil Han River Park, originally built in 1990, to create a waterpark that can be used in all seasons, and to restore the Han River and surrounding natural landscape with due consideration of local ecology and urban regeneration. Dongsimwon Landscape Design & Construction Co. established four major strategies: thickening the site boundary with natural elements, introducing seasonal programmes, adjusting the overall topography to devise a natural connection with the Han River, and planting sensitive to the regional context. The jury board praised the profound understanding of the winning design, with its careful consideration of the context of the Han River waterbed, its plan to use the structure all year round and its reflection on the spatial configurations with an exquisite yet feasible architectural plan. Jamsil Hangang Park will open in June 2022.

A design competition for an old Jinju Station selected the consortium proposal ‘JINJU, One hundred year Park’ as its winner, a work produced by STUDIO201 (principal, Lee Sangsoo), DSGN. GARDEN (principal, Ko Taeyoung), Landscape design HAUN (principal, Kim Youngduck), Oh Taehyun, and Sosol Architects (co-principals, Lee Kyeongjae, Lee Sangmyeong, Wang Sunghan). The design competition called for proposals to rebuild the railway site in old Jinju Station as a part of a wider urban regeneration project. Jinju City, the host authority of the competition, released the design brief, delineating conditions for the old Jinju Station building, vehicle maintenance depot, trolley platforms, and ecological park planning. The winning project restores a sense of history to its original form and uses it as an exhibition space, while the vehicle maintenance area is used as a multipurpose hall that is open to the residents. It introduces height to the trolley platforms and places natural elements and outdoor furniture to create outdoor performance halls and parks. The project was acclaimed for privileging comfortable, accessible space while also preserving vestiges of the former Jinju Station. The New Park, which consists of cultural and exhibition facilities, an ecological park, and a rest area, is expected to reach design completion this year and will be completed in 2021.

Simplex Architecture (co-principals, Park Chung-whan, Song Sanghun) won the Competition for the Yeongju Children’s Park & Parking Complex. The winning project used the sloping nature of the site to introduce a children’s library and underground parking lot at the lower point and a children’s park at the higher point. The building mass was raised to increase accessibility to the street side and a sunken space was introduced to connect the upper and lower parts of the building. The park accommodates various themes such as a water playground, soil playground, sand playground and the grass madang. The jury explained that the project connects with the city, equipping it with plausible three-dimensional space planning and colourful themes throughout the parks. The project will have one basement floor and a ground floor with a total floor area of 3,381.53㎡. Construction is expected to be completed in 2022.