Playing in the Era of the Image

The image of the sea fills the eyes as if it is a blazing fire. Each element, such as a pink sky, a navy sea, an island left as blackened outlines, and clouds of fire-scored shapes, is multicoloured as if all elements have intentionally elevated their contrasting elements. When the door is opened, a scene that is somewhat rough, familiar, and intriguing unfolds. It is difficult to find a connection between these images, such as a cigarette butt enlarged to the size of a person, a temple in Bangkok at sunset, and a grave where an animal companion is buried. It is visually interesting, but the question is never answered even when you ‘open the door’. These are part of Tobias Rehberger’s installation series, which are also ambiguously titled ‘Something Else is Possible’.

Tobias Rehberger’s solo exhibition, ‘Truths that Would be Maddening Without Love’, has opened at Gallery Baton. Rehberger, who frequently crosses media forms and scales in his work, such as imagery, sculpture, and installation, is an artist who does not forget to ask the conceptual question about ‘art’, while fascinating the eyes of the audience with his unique, sensual and fancy colours. He has been exploring the dichotomous boundaries surrounding the art’s genres and roles, such as sculpture-installation-architecture, art-everyday, and aesthetics-function. This solo exhibition is also an extension of such explorations. According to him, ‘Truth means “concept”, Love means “emotion”’, in the title of the exhibition. He wanted to express the sense that ‘an artwork cannot exist without intelligence and prudence, but a work cannot be made without something unintentional, emotional and loose’. This is also an attempt to rise against the attitude that trusted rationality blindly and neglected emotion in the context of the history of intelligence.

The artist actively used the spatial structure of the long gallery. The exhibition hall was divided into five sections to build walls, and ordinary images that are enlarged and distorted were attached to the walls of each space. The visual experience on screen that is performed with a single click and touch is now transformed into this experience of opening the door and encountering vast images. In the digital age in which we are living, the artist urges us to think in a more profound way about the experience of ‘seeing’.

Following the image walls, the audience encounters the space of the ‘objects’ output by a 3D printer. Named the ‘ashtray’, these objects were created based on images randomly found on the internet. They were named ‘ashtray’ because they have a small hole to place a cigarette. It is a work of exploration that studies how functions and roles are established. Lastly, in the exhibition space facing the roadside there are some of Rehberger’s unique neon and ceramic sculptures. These works, which are unclear in their functions but colourful and intense, also raise questions about the distinction between art and daily life, aesthetics and function. The exhibition will be on display until May 13. 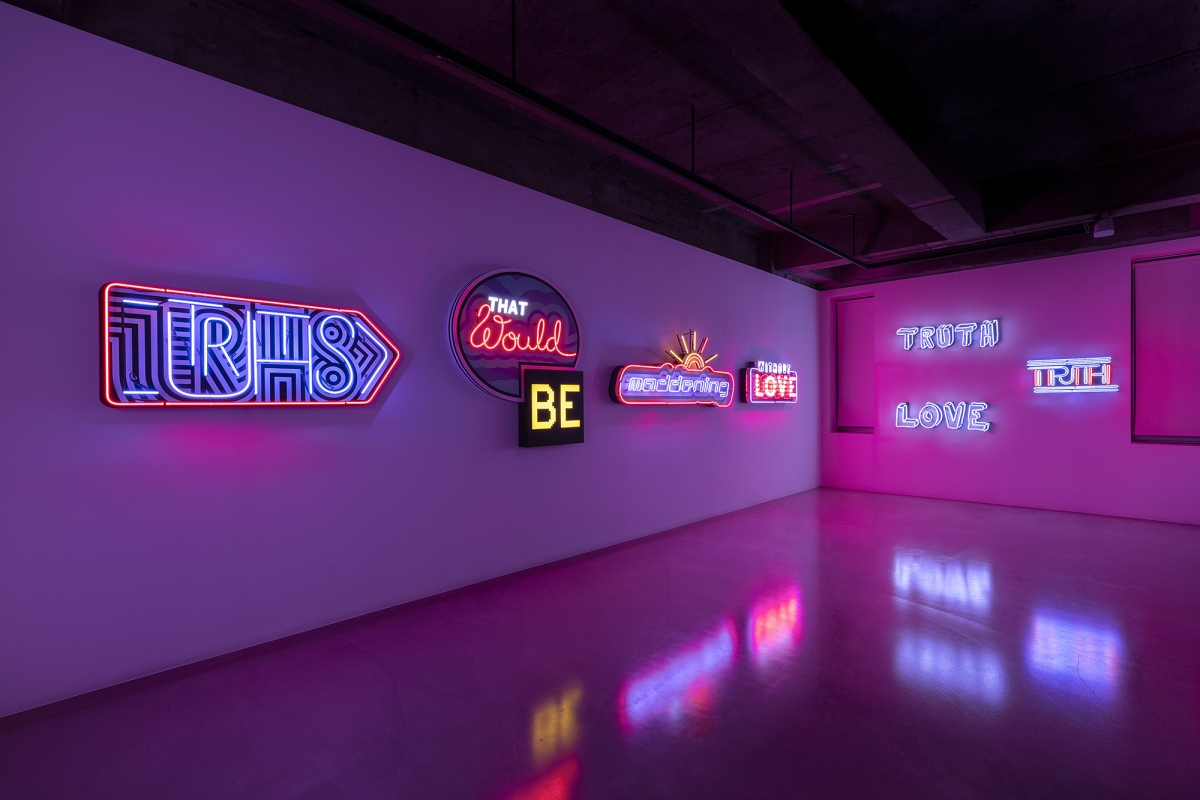 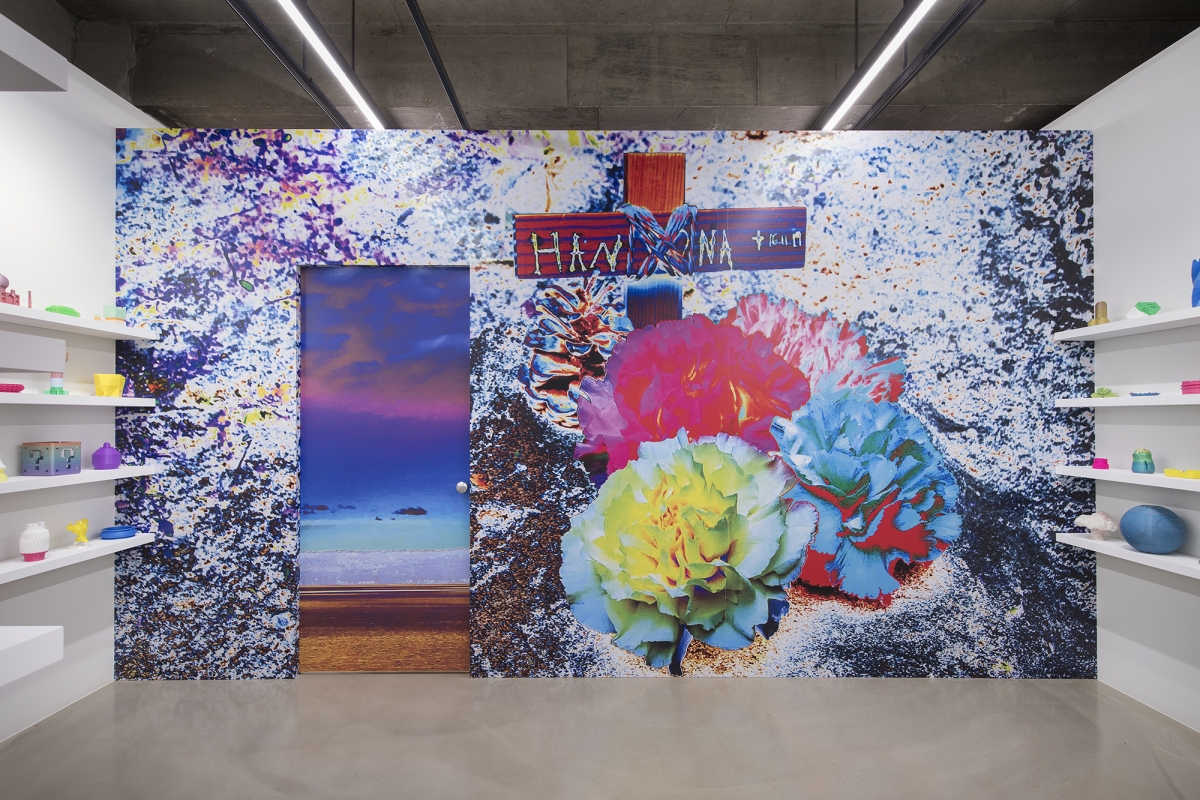 No.630 May 2020 news exhibition ‘Truths that Would be Maddening Without Love’ Gallery Baton​ Tobias Rehberger installation series
LIST
bookmark_border
favorite_border
6