Can Planting in the Built Environment Become a Lung for the City?

While we all share the same planet, only a few of us have expressed concerns for the earth’s well-being and about the amount of damage wreaked upon nature. Making improvements to the convenience of our quality of life has now reached a state of no recovery, and we are now aware of the need to unite to tackle this shared challenge of our age described as climate change, or climate crisis. We must review what we have long taken for granted and ask ourselves: ‘does this threaten the environment?’ Correspondingly, what can we ask of architecture and what will improve our quality of life and human dignity in the midst of our ongoing climate emergency? What should we do? By reviewing a building’s life cycle from production, maintenance, and demolition, in the context of climate crisis, we will examine pertinent responses in this issue of SPACE.​

STEP 2: During Operation and Maintenance

Question 1: How Much Carbon is Emitted in a Comfortable Thermal Environment?​

Question 2:​ Is a Dam That Is in a Green Building Certification System Working Properly?​

Question 3:​ Can Planting in the Built Environment Become a Lung for the City?

​The ecological green roof case created in Stuttgart, Germany in the early 1970s​​

The ecological green roof created in residential complex, Germany
​
The task and future of artificial ground recording
So far, we have looked at the impact of artificial ground green on buildings and cities in the era of the climate crisis. Why can't artificial ground recording be activated despite these advantages and values? Concerns about high construction costs, maintenance costs, and defects clearly acted as unfavorable conditions. After Stefano Boeri's Bosco Berticale succeeded, various vertical recording buildings have been built around the world imitating it. However, the greenery was only for a moment immediately after the project was completed. Many buildings that did not delicately design a sustainable environment in which plants could grow healthily failed to manage. This is evidenced by high-rise apartments in Chengdu, China, which were resented by mosquitoes because they were not drained, and many vertical greening cases that were planted without considering the climate and died throughout the winter.
Then, is there no breakthrough? There are several conditions necessary for this. The first is the development of technology. The high cost of maintaining a green space is the same as continuously emitting carbon. As in the case of Germany, which creates renewable energy such as sunlight and recording together on the rooftop, research on construction methods is needed to be linked with other energy reduction methods at the design stage. In addition, in the case of vertical greening, seasonal changes and the environment in which plants do not grow well in the vertical direction act as a major obstacle. Solutions to develop installation technologies that can overcome this and reduce installation costs should be continuously researched and developed.
The second is institutional support. The rooftop greening method has developed technology to store a lot of rainwater and to help plants grow well in low soil depth. Nevertheless, since there is no incentive for quality, low-quality rooftop recording made at low cost is dominated, and there are many cases where it has been neglected as a hideous object because it is not managed. This neglected recording space rather causes carbon generation. For the completion of the building, it is necessary to escape from the act of forcibly recording to meet specific certification standards. It is urgent to prepare a system such as guidelines that induce effective recording methods to be established in the field.
The last condition is social awareness. A healthy ecologically operated green space contributes to the public interest aspects of carbon neutrality and urban landscape improvement, while also playing an important role in enhancing the value of buildings and improving the comfort and quality of life of users. Breaking away from the stereotype that it is expensive and difficult to manage, efforts are needed to actively find and implement various spaces that can be converted into green areas from rooftop, walls, and indoors.

It is still too early to conclude hastily about the utility of artificial ground greening. This is because it is difficult to quantitatively determine the carbon reduction effect with only artificial ground recording. It should be evaluated from the overall perspective of reviewing various conditions that can create synergy in proportion to the time axis of maintaining the building. When research and development for appropriate technology and design, institutional traction and social perception changes operate, artificial ground recording may be an alternative to the climate crisis and a key to the self-resilience that mankind has lost. Perhaps the reason why the world is calling for carbon neutrality is ultimately to return our environment to a part of the global ecosystem where healthy lives are maintained.​ (written by Kim Jinsoo / edited by Bang Yukyung) 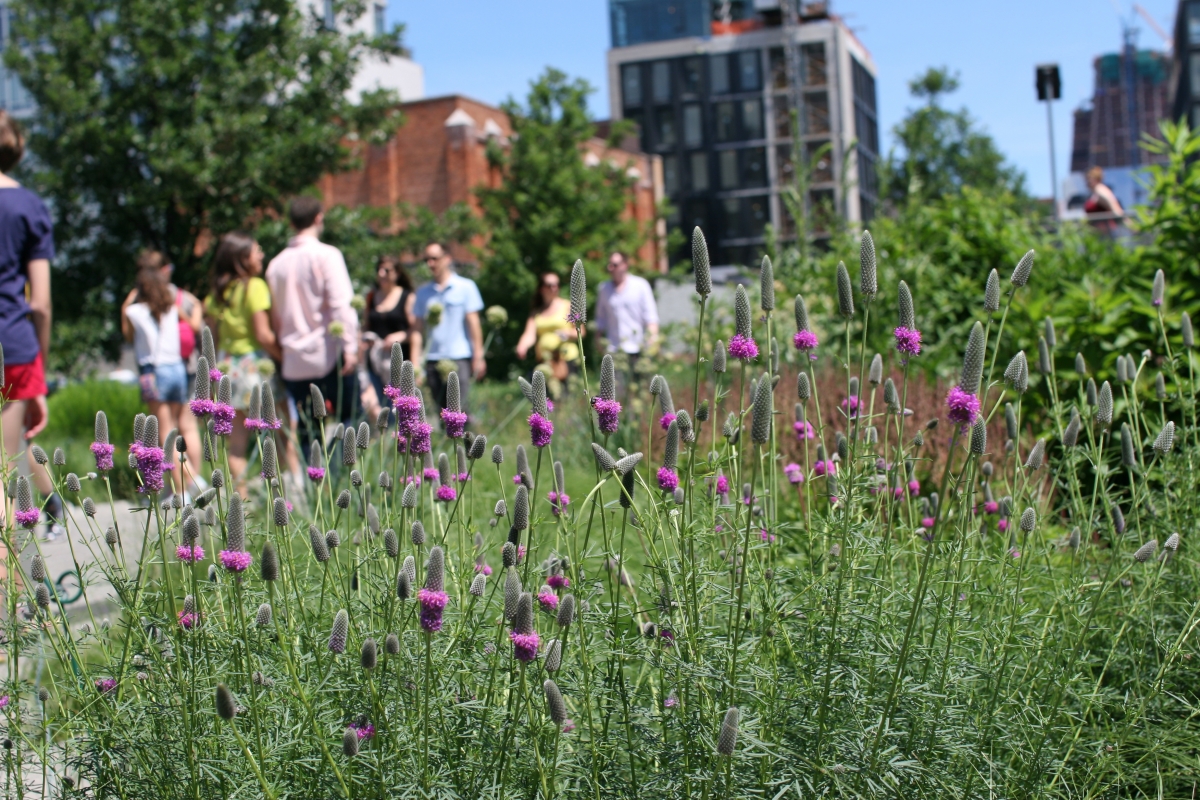 The roof garden of Highline in New York