SOAP, a design studio founded by Kwon Soonyup and Chang Dongsun, oversees an architectural firm and an art gallery. Identifying the problems inherent to public art projects, two joint design organisations have suggested alternatives that will focus on a user’s spatial experience.
Interview​ Kwon Soonyup, Chang Dongsun x Kim Yeram​
Kim Yeram (Kim): SOAP runs an architectural firm to conduct builing projects and the Museum SODA, which is dedicated to installations and exhibitions. You maintain a horizontal relationship between your two design teams. I would like to hear more about how you came to operate your design studio in this way.
Kwon Soonyup (Kwon): When I came back to Korea after finishing my study, I had concern about how best to organise my architectural firm. At that time I noticed that many architectural firms were under the control of one architect, particularly in terms of their design approach. It is often assumed that the privileging of a principal architect’s style makes it easier to build a house style and identity, but I think it this approach inevitably exhausts the inner resources of the architect. In the same way that a relationship respects individual personal abilities and opinions so that each party can be improved in some way, I decided to establish a studio that would place its emphasis on teamwork.
Chang Dongsun (Chang): Museum SODA is the renovation of a large uncompleted jjim-jil-bang (public bathhouse in Korea) as a cultural art facility. This museum, our first project, provided the opportunity to bring together experts from across various design genres. This is because the scope of work was too wide. While architectural projects usually develop designs after the use is decided, we were responsible for everything from deciding building programmes to establishing the operative direction of the museum. The situation was characterised by members of various fields, such as architecture, interior design, graphic design, and design management, putting their heads in order together to create results.
Kim: It seems interesting that the project which does not clearly distinguish between design and art, which has influenced the organisation of the studio members. Although people with a keen understanding of the two areas here gather under one roof, their working scope is clearly divided.
Chang: As our projects cover various fields, our members often play hybrid roles. As architectural projects require participation from divisions in planning, design, branding, and operation strategy, staff members from each field must have a good grasp of the language of other field. While they are able to interpret one other’s intentions, they may overstep into the expertise of the other field. To prevent this situation from occurring, we keep discussion open to the extent of mentioning concerns from the perspective of one’s field instead of pointing out any personal objections. I think internal conversations are a useful tool to explain design intentions fully to those outside the studio. Experts in management and planning must give an architect’s opinions to project stakeholders, and designers must be able to reflect the future direction for spatial programmes in their design work.
Kwon: Interestingly, people in my studio interpret the same logo in different ways. Architects might read it as a mass or a drawing, while graphic designers interpret it as a pattern to apply to their own ends. Various perspectives can be created in an environment where one can comfortably express one’s own views, and they inspire and provide a stimulus to collaborators. I don’t confine problem-solving methods to architecture, because I don’t think we can’t get good results if we just fit other elements into the bigger picture offered by an architect.​ 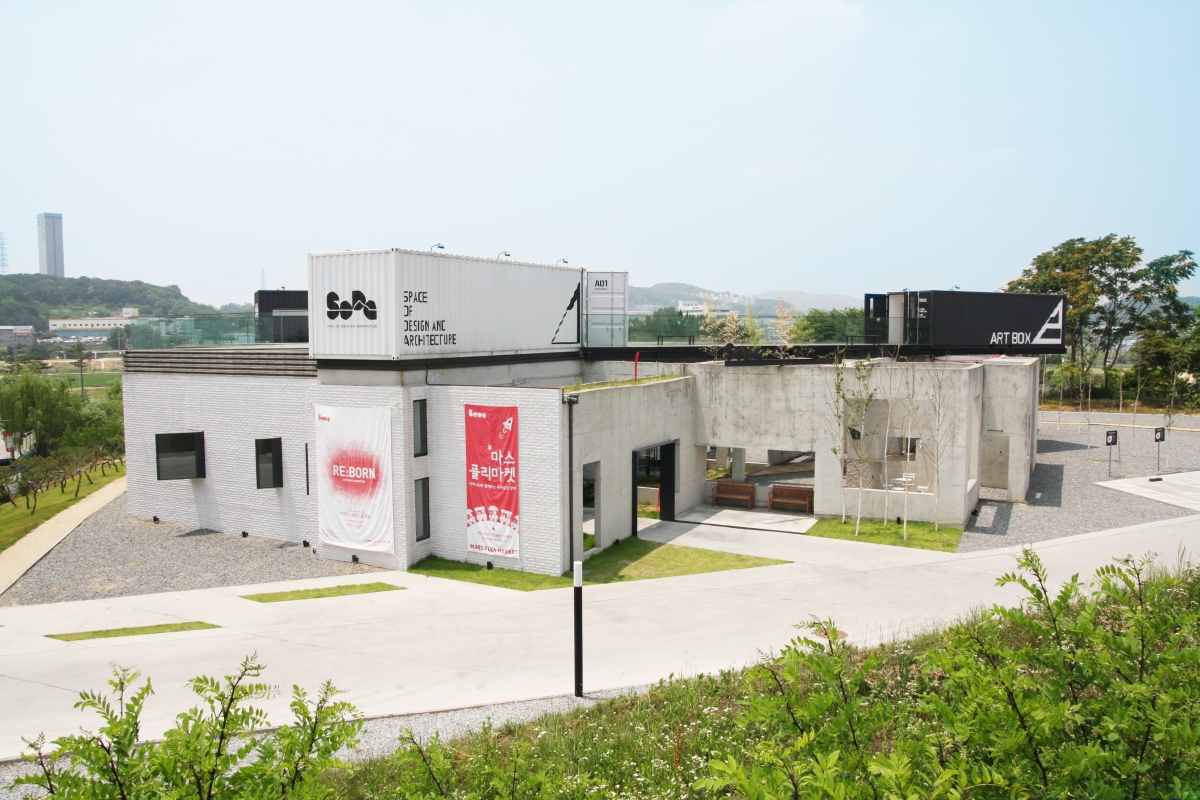 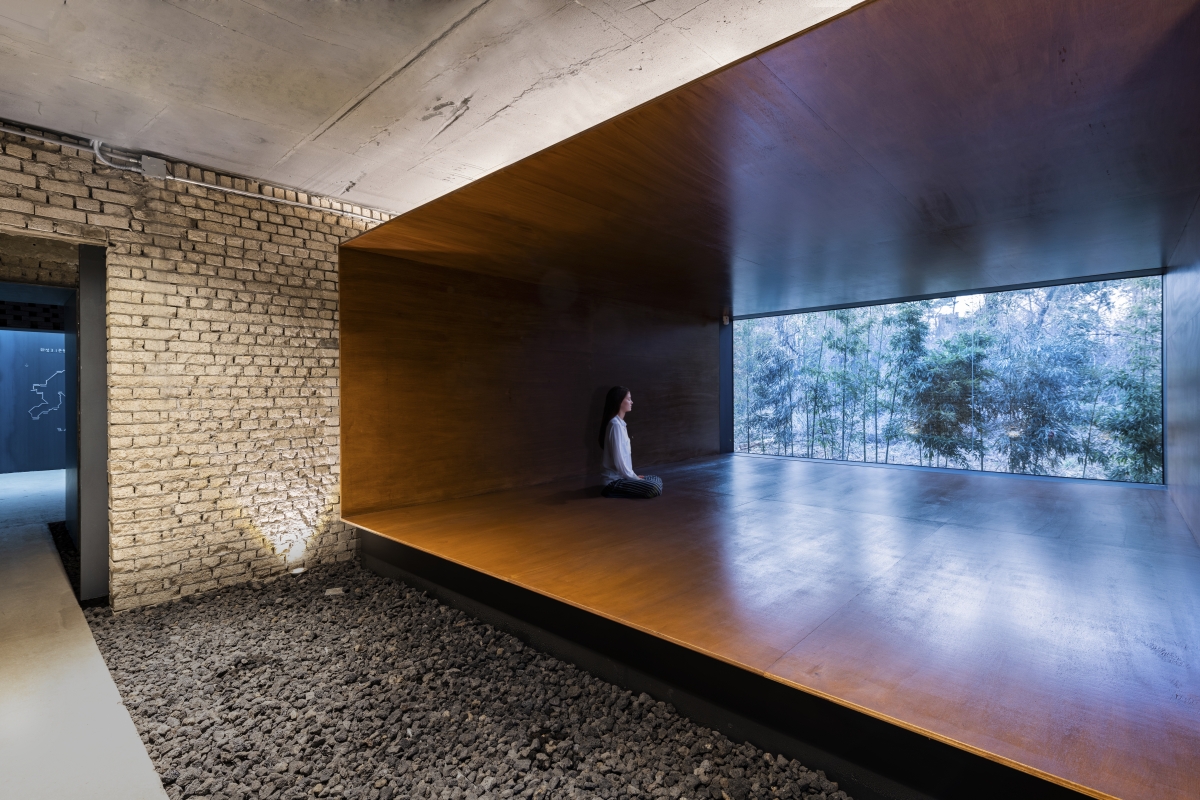 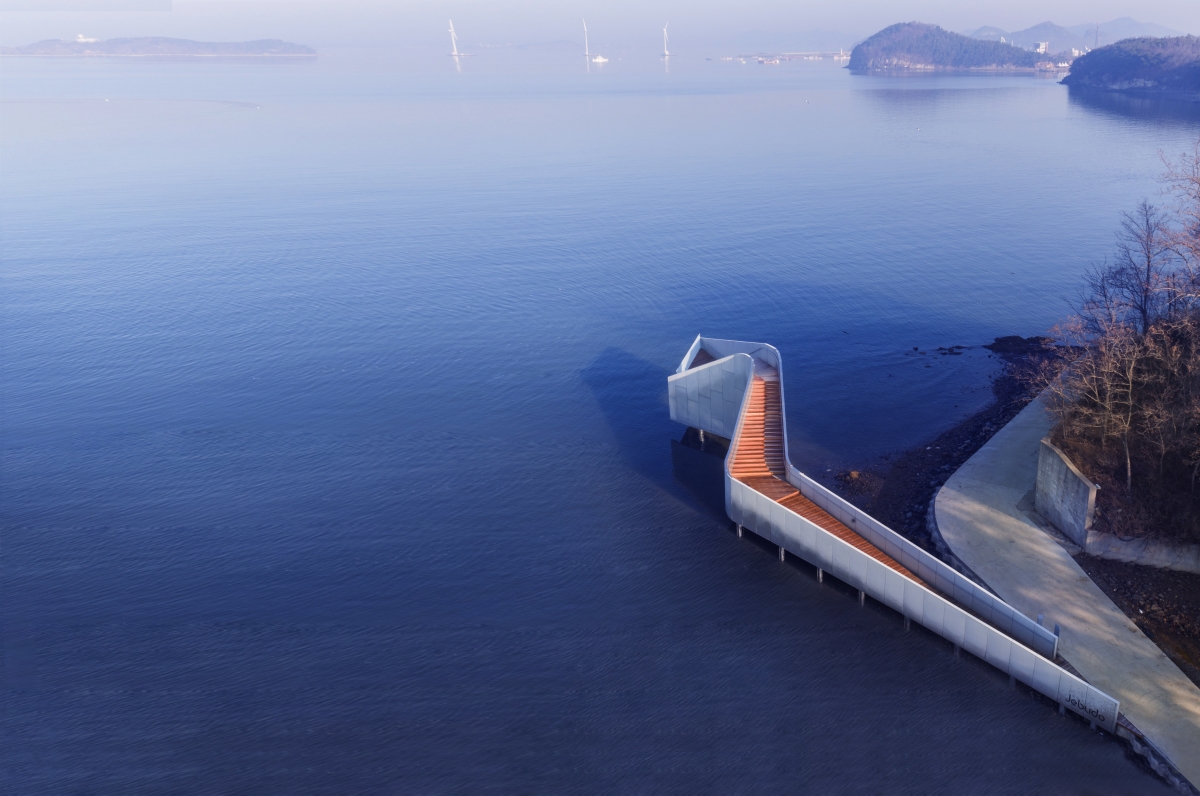 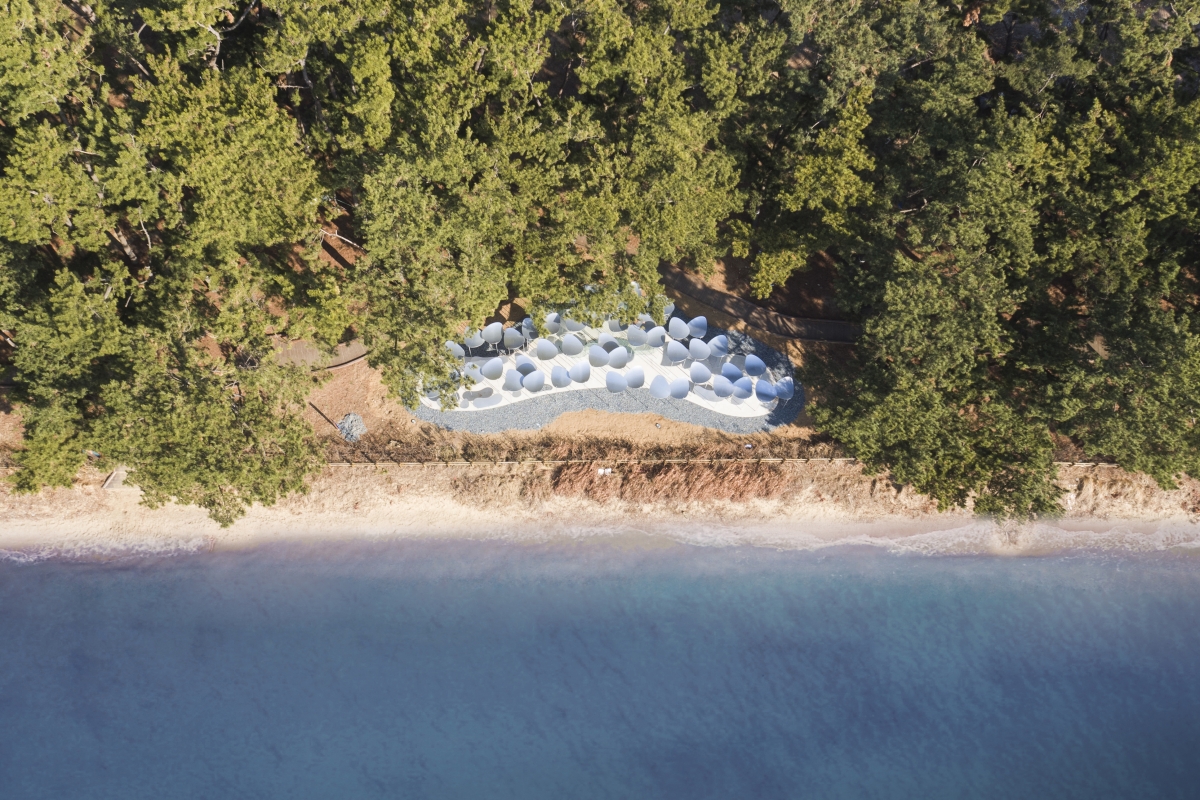 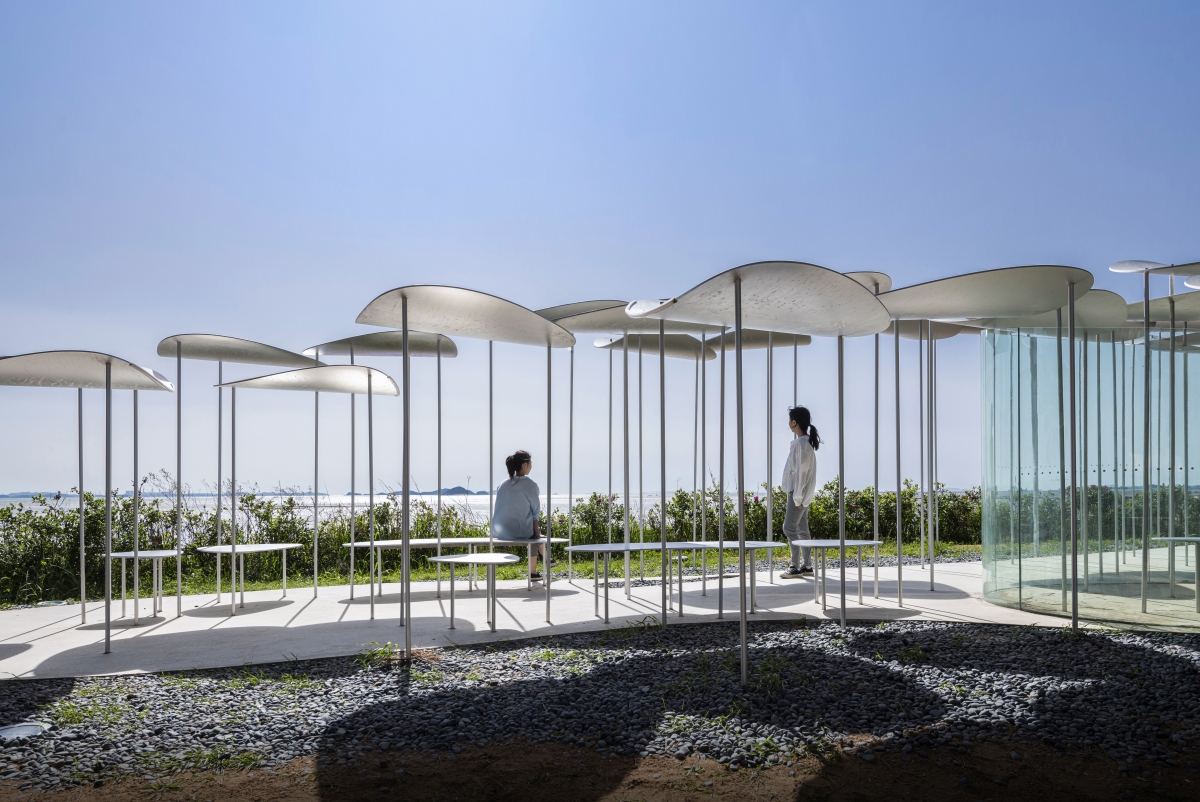 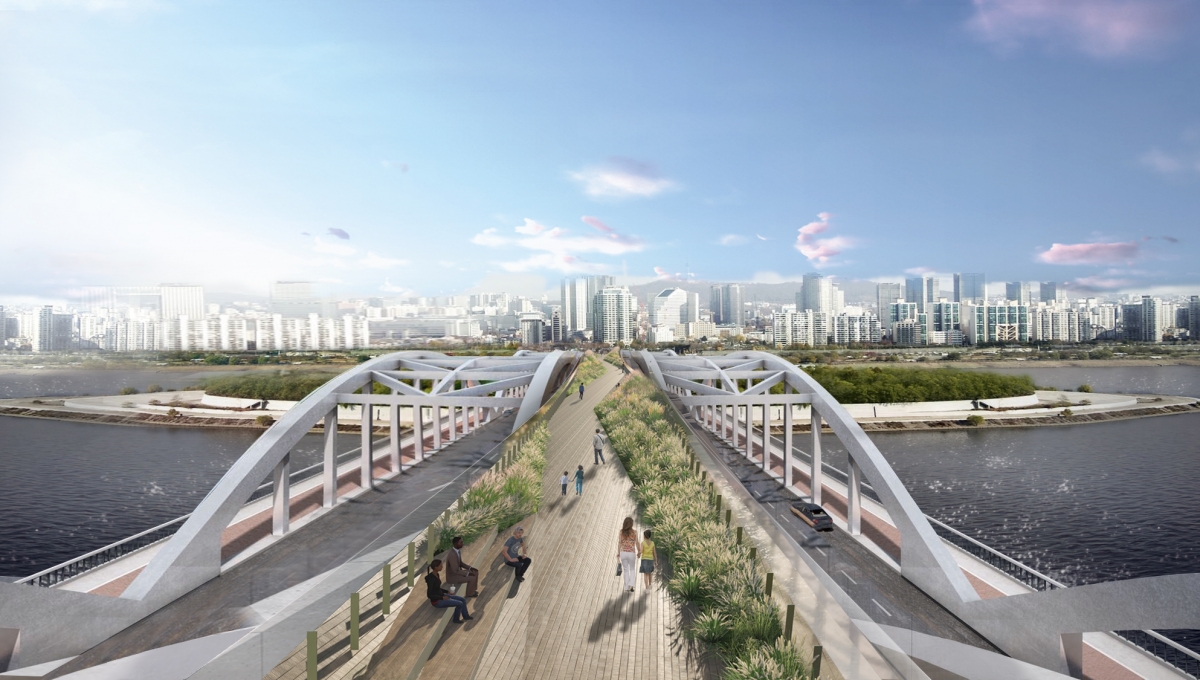 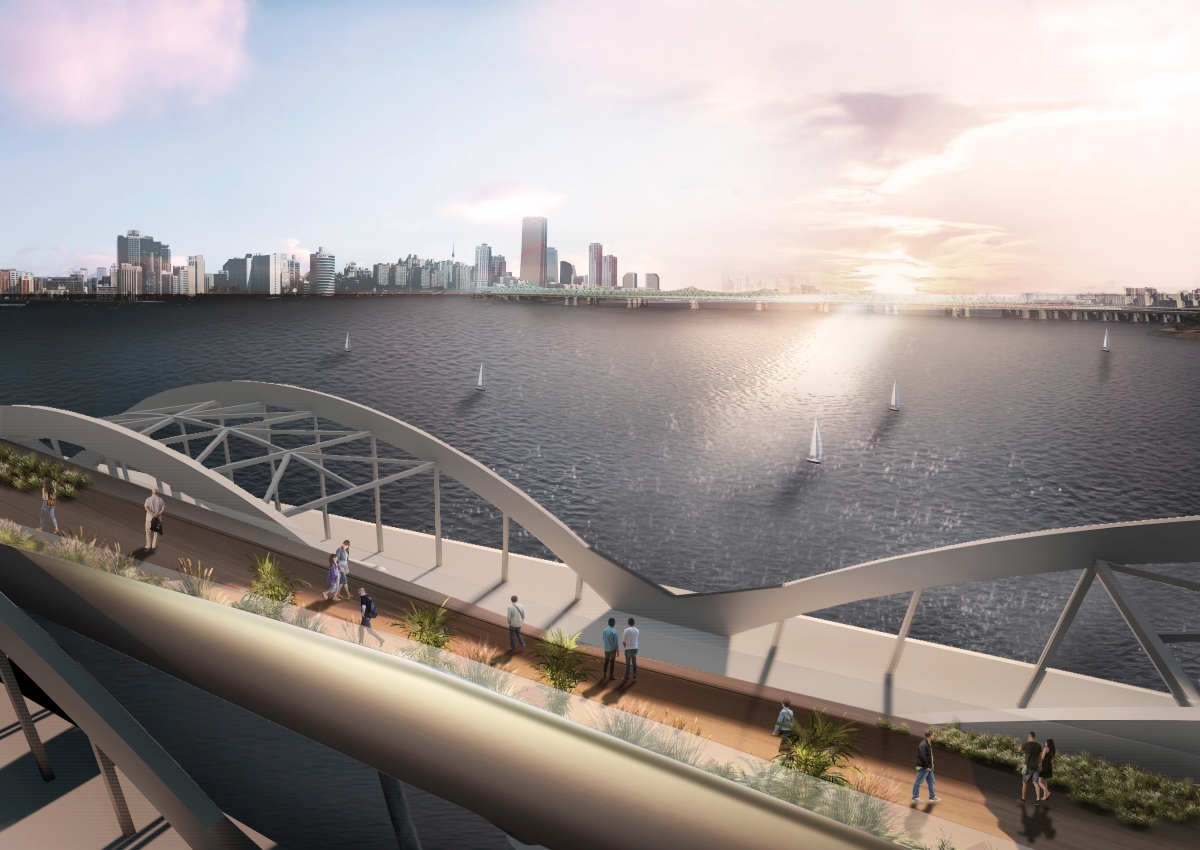 ​Hangang Sky Walkway​ (will be opened in 2022 / Image courtesy of SOAP​)​​
​
Kim: Recently, you won the Hangang Sky Walkway Design Competition and the commission to design a public walkway over the Hangang Bridge. What kind of viewscape design did you hope to realise between the Han River, a landscape representative of Seoul’s natural beauty, and the Hangang Bridge, the artificial hallmark that crosses it?
Kwon: The competition required us to consider the Han River, an important urban focal point in Seoul, and the Hangang Bridge as influenced by the river. There are many bridges connecting the north and south of the Han River, but I don't think they always provide a good context or experience for crossing the river. Reflective Scape is a proposal that interprets the historical events of King Jeongjo, who crossed the Han River using a boat bridge in the Joseon Dynasty. We used a boat with a gentle curve for our design motif informing the walkway, and we placed benches and various facilities on the 10.5m-wide and 500m-long public pedestrian walkway to allow people to look around and take a break.
Chang: This project is a symbol that expresses what we have sensed in an intensive form. We have carried out a lot of small scale works, and I think that our portfolio of work has led to a design that enriches our experience.
Kim: There are many factors to consider, such as the Han River, Hangang Bridge, and Nodeul Island. What aspects of the scenery you wanted to highlight to visitors and what did you have to hide on the walkway?
Kwon: The Hangang Bridge, so familiar to the citizens of Seoul, may be read as another landscape entirely when combined with the Sky Walkway. We designed the landscape to focus on this new experience. We designed a walkway in a wave shape to make it form an organic relationship with the existing bridge when viewed from a distance. The arched Hangang Bridge obstructs the view of pedestrians in some sections, and we planned some scenic planting to hide the fundamental structure. At the lower level of the walkway, we planned a terrace from which to enjoy a wide view of the Han River.Kim: In addition to the Hangang Sky Walkway, you are also working on the second-stage of Seoullo 7017, and a space designed for the younger generations in the Sejong City Library. How do you expect the increasing number of urban environment projects to affect the architectural landscape pursued by SOAP’s future design ambitions?
Kwon: Seoullo 7017 is about to embark upon the renovation of the surrounding area by revitalising the seven connecting roads. We won the branding competition for its signage, but we are going to propose some additional facilities such as a walking environment to provide places to stay. It feels similar to Jebudo Art Island Project in that it tries to link spaces by connecting the dots, but there are more things to think about as the project site is also adjacent to residential units. Chang: Carrying out urban projects made me pay more attention to apartment houses. I often think about where to live in order to maintain a proper distance between work and residence, and about the most effective floor plans for a residential unit. I am motivated by the desire to share these concerns with the many people which which I work on apartment house projects. Fortunately, we have Museum SODA, which provides us with the space to experiment with such ideas on a smaller scale. In the future, I would like to expand the scope of our studio by communicating SOAP’s interests to people through exhibitions, pavilions, and other related programmes.​
Kwon Soonyup, Chang Dongsun
Kwon Soonyup received a Master of Architecture degree from Havard University and Bachelor’s degree from Inha University. After working for the New York and Chicago office of Skidmore, Owings, & Merril LLP, he established his own practice in Boston and expanded the practice in Seoul for the multidisciplinary design approach. He also has served as a design director of Museum SODA, experimenting the cultural boundary of design.

Chang Dongsun received MBA and specialized in Entrepreneurship and Strategy from Boson University. As a Design strategist, Hustler, Marketer and Entrepreneur, She has experienced in IT and Design start-ups in US. She also founded Museum SODA, in Korea and works as a Business Director.