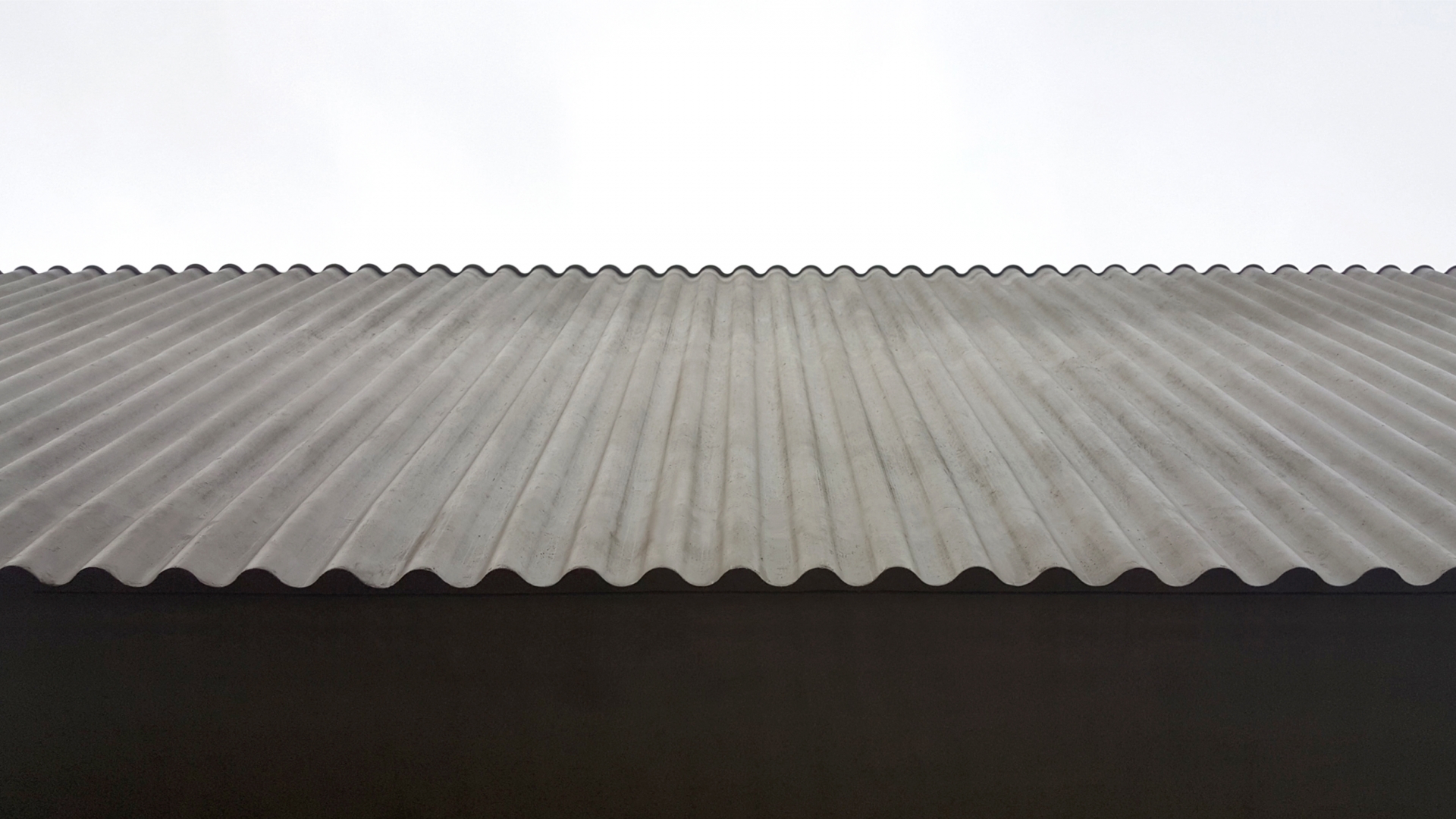 Red Brick and Concrete
Seongsu-dong, a neighbourhood of new vitality that has brought new small shops to the existing urban fabric, is creating a self-sustaining cultural system. When I began the project, I had one question: ‘How does JUNG BLDG. adapt to such an environment?’ The client of the building, who runs a gallery and a boutique, often paints portraits of her ballerina daughter on canvas. She wanted architecture to be a container for family life, just as a painting captures the dynamism of human figures. Another requirement was that red brick would not be used in the new building. The client asked that the JUNG BLDG. would be distinct from the surrounding buildings, and that when one walks along from the main street to the alley the pathway would be connected to the site. The area, including the site of JUNG BLDG., north of the Seoul Forest, is now known as ‘Red Brick Village’ that partially supports construction costs. Nevertheless, the client preferred the use of concrete as opposed to red brick. To reveal a unique architectural identity from among a group of old brick buildings built in the 1980s, I came up with a building of a curved form. I thought that a rhythmic façade would be an appropriate design, giving the entire area of Seongsu-dong a new vitality and providing a place in which families can carry out the business of life. To build a beautiful structure out of exposed concrete, however, was not an easy task. At the formwork stage, I kept experiments of various mock-up tests and construction methods to create a rippling façade that would emphasise the mass and texture. Eventually, I achieved the concrete skin with a 200mm pitch wave, and used the minimum number and variety of materials other than concrete to emphasise the rippling façade. The elevation of the 2nd and 3rd floor is finished with wave-shaped concrete, while that of the 1st and 4th floor, related to the urban fabric in terms of the pedestrian thoroughfare and view, is finished with solid concrete. 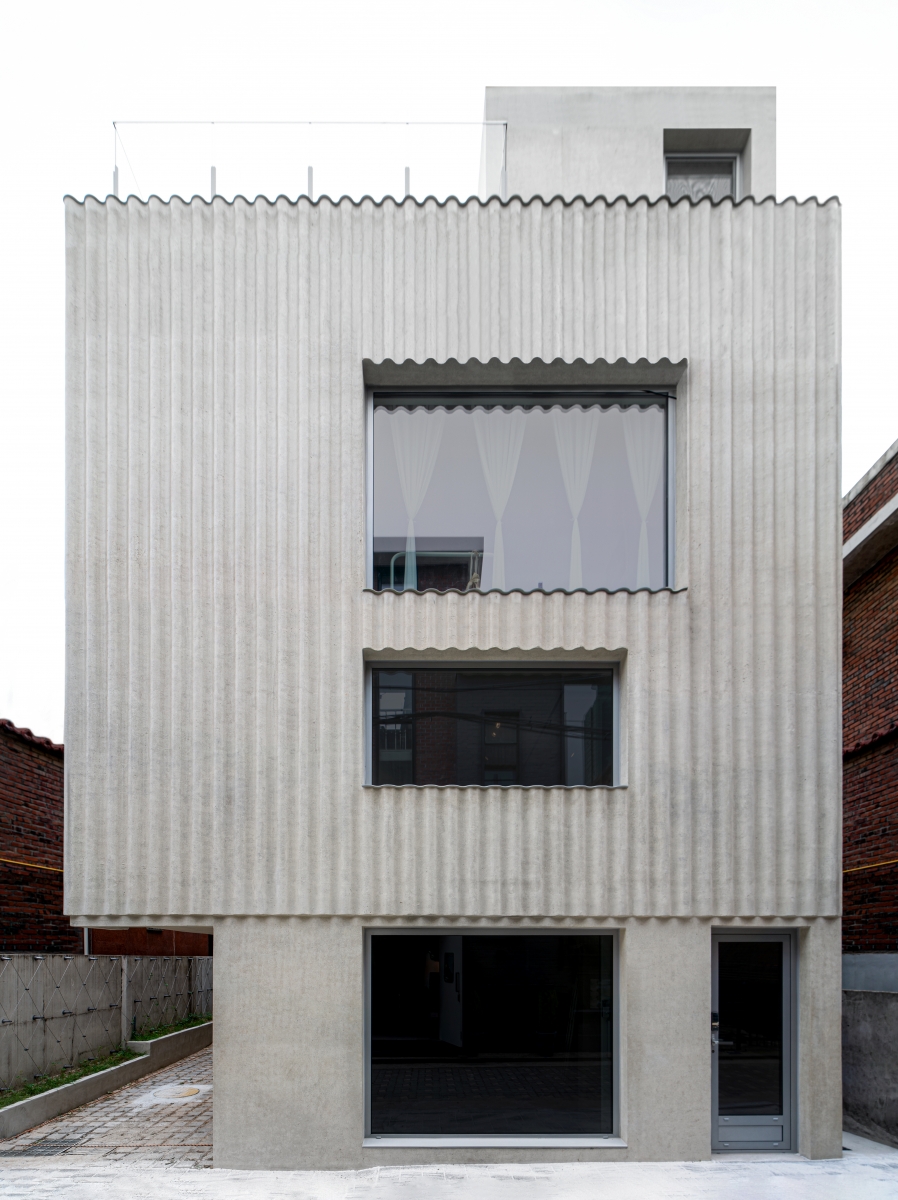 JUNG BLDG. is built by exposed concrete, distinguished from the group of brick buildings in Seongsu-dong.
A Corrugated Façade
According to the position of the sun from morning to evening, the light changes the wave shape of the exposed concrete. The changing elevation, which looks like a group of dancing figures, reflects the trajectory of the client’s life, well-versed as they are in painting, dance, and music. For the design of the JUNG BLDG., I applied a method that will add to the pictorial sensibility of the heavy and refined concrete volume, and I had to make the material pollution-proof to use it for the corrugated façade. Most of all, solving the issues of water breaking and grading in windowsill (the lowest form of window casement), lintel (a beam that spans the opening on wall), and parapet (outer finishing metal plates to drain water) was a major challenge. Practically speaking, making a curved façade with concrete inevitably brings about the potential for larger construction errors than other general processes. In order to fabricate the corrugated pollution-proof parapet that will fit with the pitch interval of the elevation, we took rubbings of the shape of 1:1 scale in every 2 – 4 wave pitches. At first, I tried to fabricate each member using water jet cutting technology that cuts the material with high water pressure, but laser cutting into a hot rolled steel sheet was used for the construction rather than stone, considering primarily for budgeting reasons. The water break issue was solved by making the parapet protrude by 30mm and introducing a grade and grooves.
Passage of Light
JUNG BLDG. has two staircases, even though its site is not large. It was a measure introduced to divide the circulation between the domestic area on the top-floor from neighbourhood living facility. As the client wanted to vertically connect the director’s office and dressing room with the ballet classroom, extra stairs were added between the second and third floor. In order to simplify the internal circulation in a small site, the stairs to the ballet classroom are to be connected to the main staircase as needed. In addition, an opening has been provided on the wall of the main staircase to bring the rhythm of light into the interior space. Small details in the interior lighting have been developed to influence the atmosphere of the space. In order to embed the lighting fixtures in the concrete ceiling, a circular formwork was first constructed as the concrete was poured. Downlights were installed in the concrete recess, and I also applied details to the line lights in the balcony on the second floor and rail lights in the ballet classroom are pre-embedded in the bent metal plate. The situation dictating the Seongsu-dong site was not easy to deal with; as the front road is narrow and the lot size of the area is small, I had to endure many complaints and the low efficiency of the process placed a lot of pressure on me. I had a bumpy ride, but fortunately I achieved a building of a beautiful concrete mass. I hope JUNG BLDG. will vitalise Seongsu-dong, a historic urban fabric that remains attuned to its continued rejuvenation. 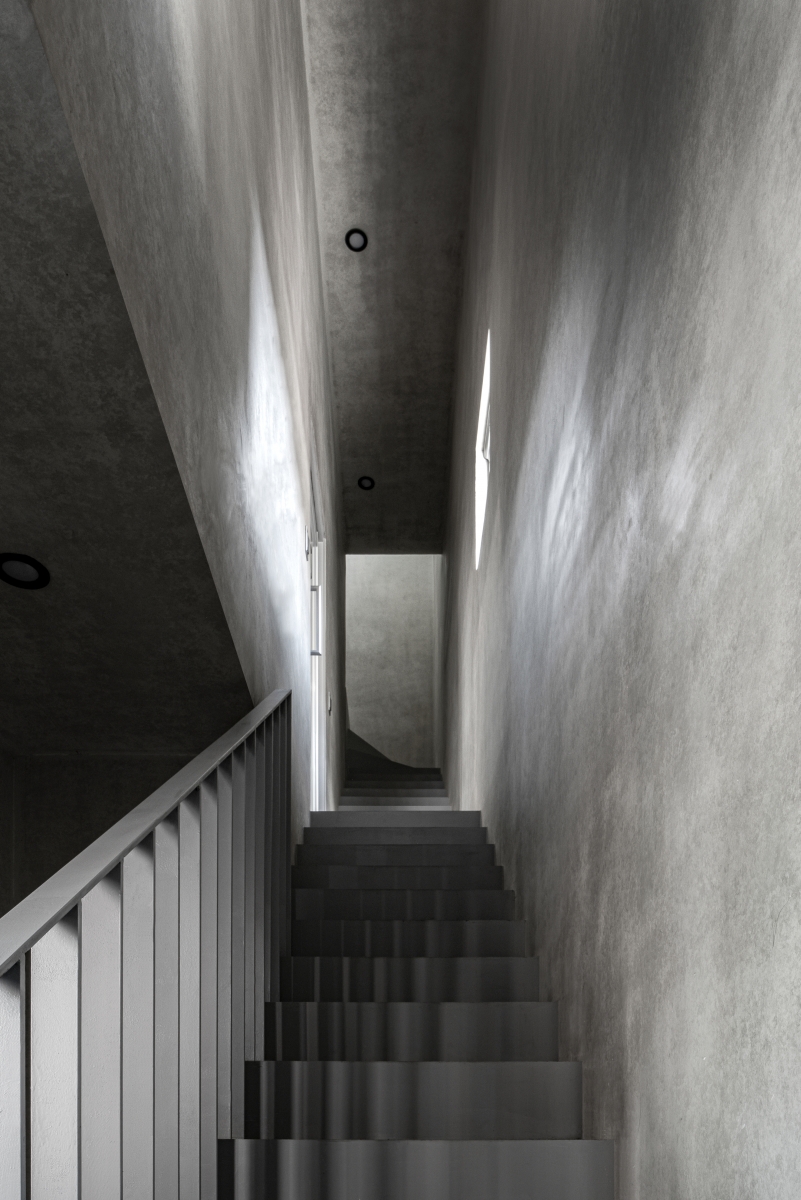 Main staircase is to be connected to the stairs to the ballet classroom as needed.​​
​ 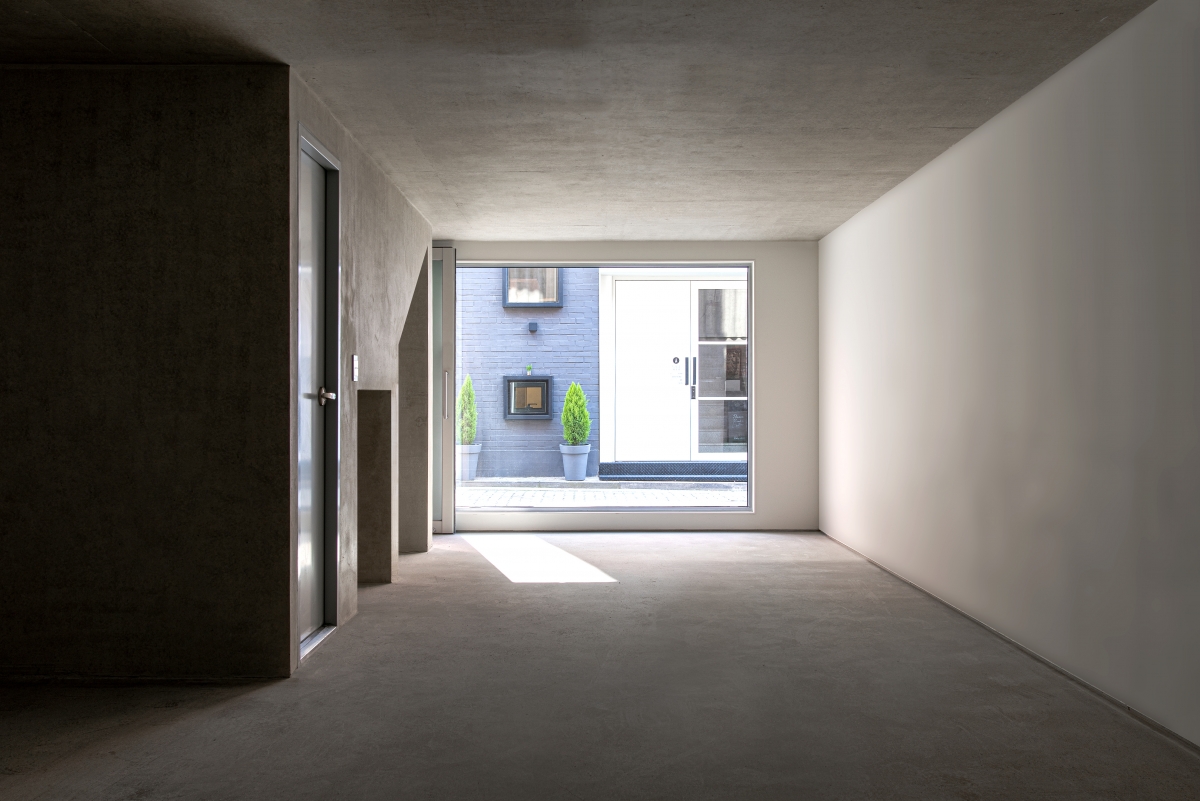