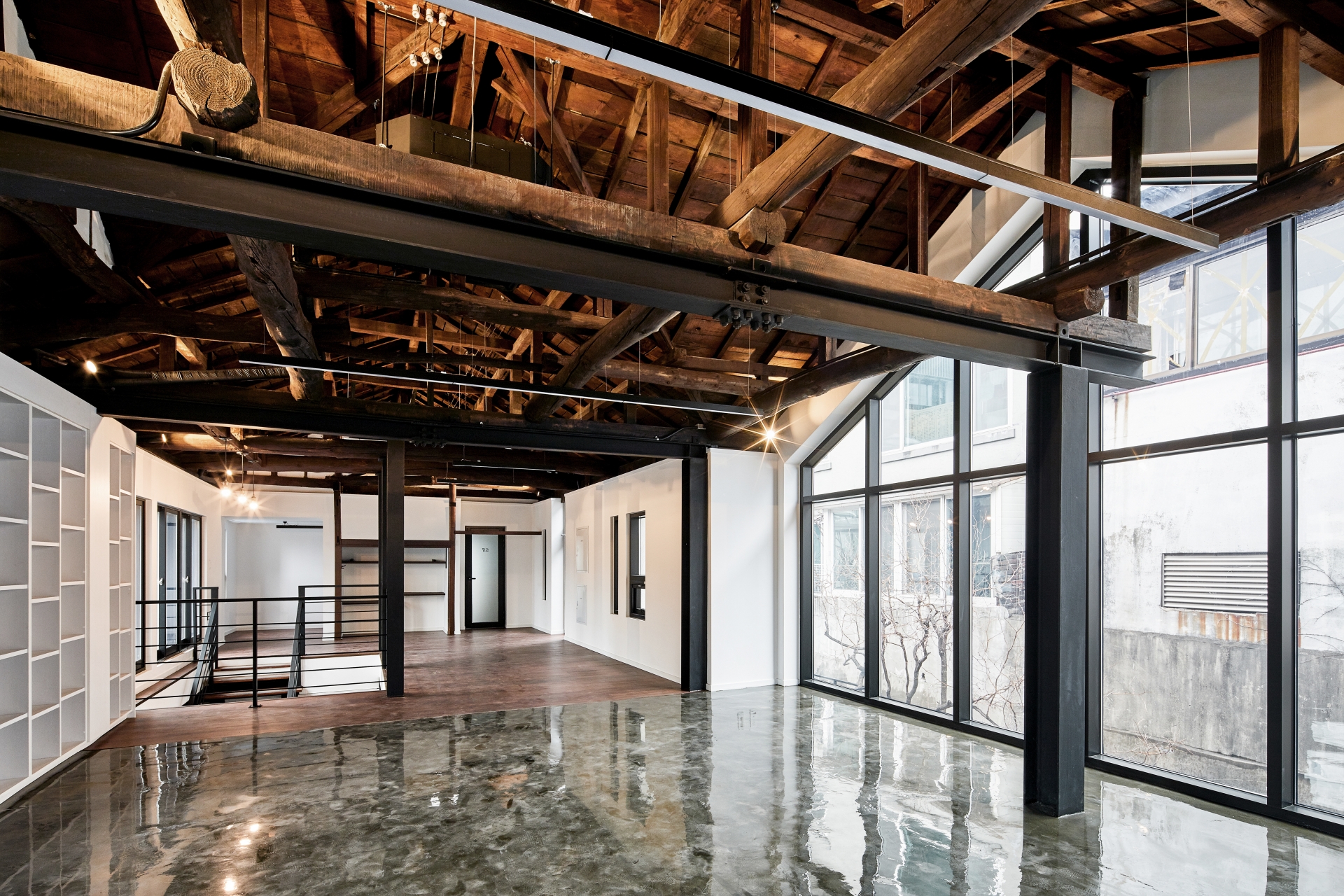 Clash Between 'Existing' and 'Contemporary' Values and their Interface
This project is part of the urban regeneration of the Seoul Metropolitan Government, remodeling an old Japanese house built in 1935 by altering its primary use and subjecting it to major repair, now used as a shared community facility. This house is registered as one of the Seoul Metropolitan Architectural Assets​1, but observers tend to have a negative opinion about such a registration programme as it might infringe property rights. To contend with this, the Metropolitan Government recently announced the ‘Seoul Architectural Assets Promotion Enforcement Plan’, in an attempt to spread the opinion that the Architectural Assets Registration Program is an opportunity for capitalisation and not an economic loss due to unilateral regulations. The Hoehyeon Community project seems to have been planned with the aim of establishing local assets by transforming Seoul's architectural assets into a local anchor facility, where the concepts behind two different assets are mixed. One is the asset value of the existing buildings, and the other is that of the newly emerging ones. The two values are usually likely to come into conflict, because the former was recognised as that of the 'existing' system, while the latter is a near future one that respects the 'contemporary'. Therefore, most of the public architecture projects that remodel old buildings as public facilities succumb to a certain degree of conflict, just as experts recognise their many values. However, the pre-adjustment process is hardly made in order to prevent this potential clash. A business goal is set based on this purpose though it lacks corroboration, and the reality is that an elaborate process for genuine implementation is not provided. The word 'existing', which modifies the conventional value, is a concept that encompasses both the past and the present. And the term 'contemporary', which qualifies an emerging value, covers the present and the future. Both of them include the present. Therefore, we must use the two words, 'existing' and 'contemporary', as the interface between the two conflicting values. We have to undergo this extremely difficult process by convincing the public that the 'existing' value is not different from the 'contemporary'. Moreover, this process is not just for the public. It is also a step towards verifying whether the ‘existing’ value of the experts has a significance. We can’t expect to find a clear direction for the project if we skip this stage and turn it over into architect's hands. 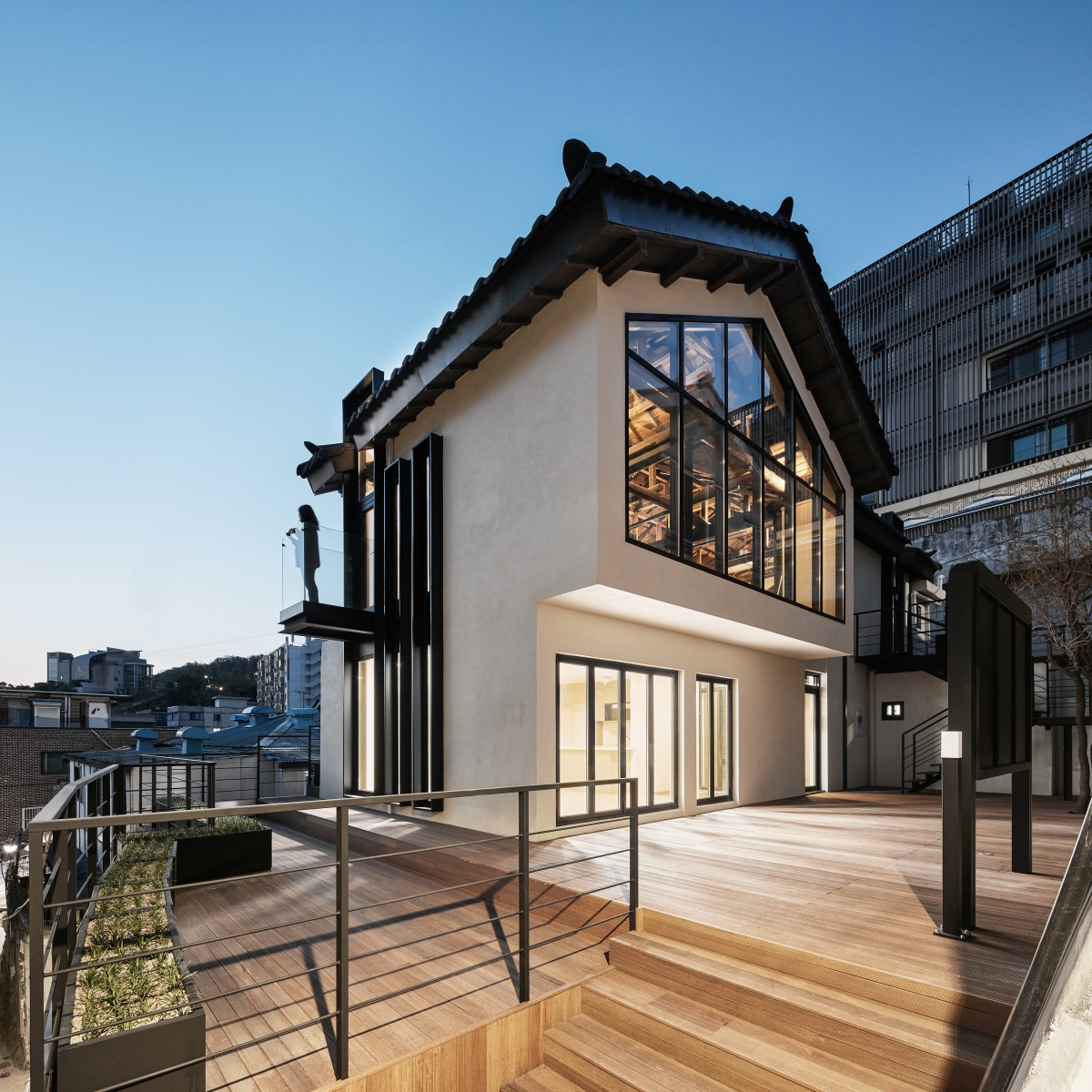 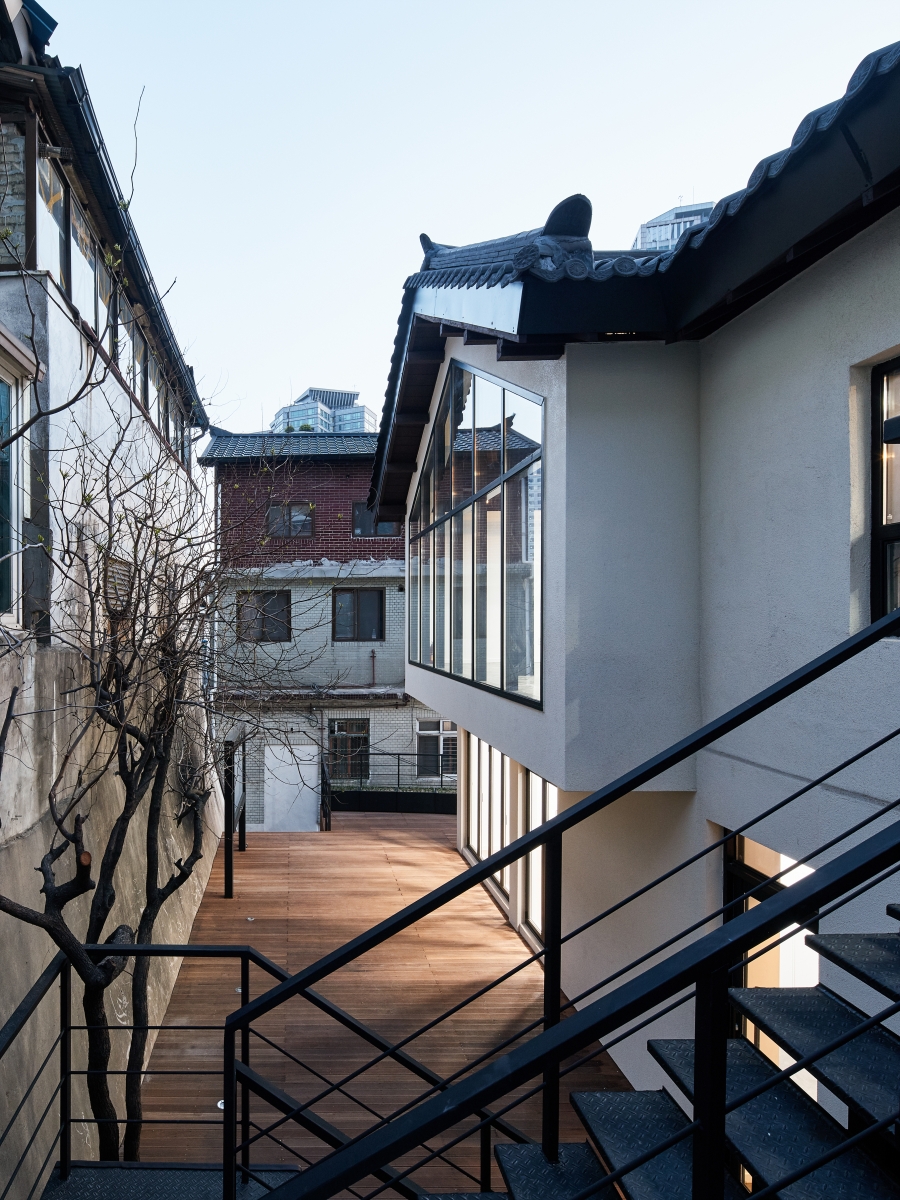 Numerous conflicts emerged during the construction of the anchor facility. The first was the conflict between those who stuck to the ‘existing’ values and those users who emphasised the ‘emerging’ values. This conflict confused the architect. Lee Yong-ju, the architect on the project, who barely managed to provide a solution and turned to a hybrid form. The solution may provoke debate depending on one’s taste, but I agree with it in part. The hybrid approach is different from simply juxtaposing things. Hybrid, a concept of outcrossing, combines A and B with two conflicting properties and reveals each other's properties while creating C. One does not dominate the other, but they coexist under their new order. However, this requires the architect who made the choice to have a good understanding of both A and B. Transformed in many ways over many years, A is a Japanese house that disguises its original form due to expansion. It is not easy to grasp in and of itself. In addition, heterogeneous ‘cross-breeding’, often carried out without a proper understanding of the structure, will be illogical under the current administrative system, which does not permit pre-demolition to examine the present status of the building. I think Lee Yong-ju is fully qualified to implement B according to contemporary taste and technological applications. Without a full understanding of the existing building, however, it must be considered incomplete. That is, it may be regarded as something that is deserving of demolition or consigned to irresponsible deformation. When the existing value loses its power, it becomes difficult to hybridise things and mediate between conflicting values. Thus, the architect tends to be concerned with only local issues and matters of local taste, immersed in a game that judges right and wrong based upon personal standards. If the existing system is not properly understood in the project as the approach of adding new to old, then the existing structure is nothing but a meaningless ornament. A malfunctioning culture can’t remain purely for reasons of tradition and lose a sense of vitality.
At many points throughout the Hoehyeon Community project, I could well imagine the difficulties in the design process and overall supervision endured by Lee. These challenges may have resulted from the designation of the existing building as an architectural asset without a full value judgment, and as the inertia of the administrative process makes it difficult for any one individual in a managerial role to act of their own initative or simply act on decisions, the architect carries a heavy responsibility in a vacuum lacking in any mediating influences. In many public architecture and urban regeneration projects, the same process of trial and error is repeated. It is time to reflect upon our practices, and to ask whether we are doing something crucial, whether we have established a system proportional to the need; whether the system is no longer based on reality; whether the participant in the project is calculating the advantages and disadvantages founded on these biased standards; and whether they are positive about our society.
-
1. The term ‘architectural asset’ means assets with social, economic or scenic value that will retain this same value in the present and future. It refers to structures of unique historical or cultural value, such as a hanok, or promotes the architectural culture of the State or to the formation of the identity of any local region. This is provided that any cultural heritage site designated and registered under the Cultural Property Preservation Law is excluded. (Source: Architectural Assets Promotion Act) 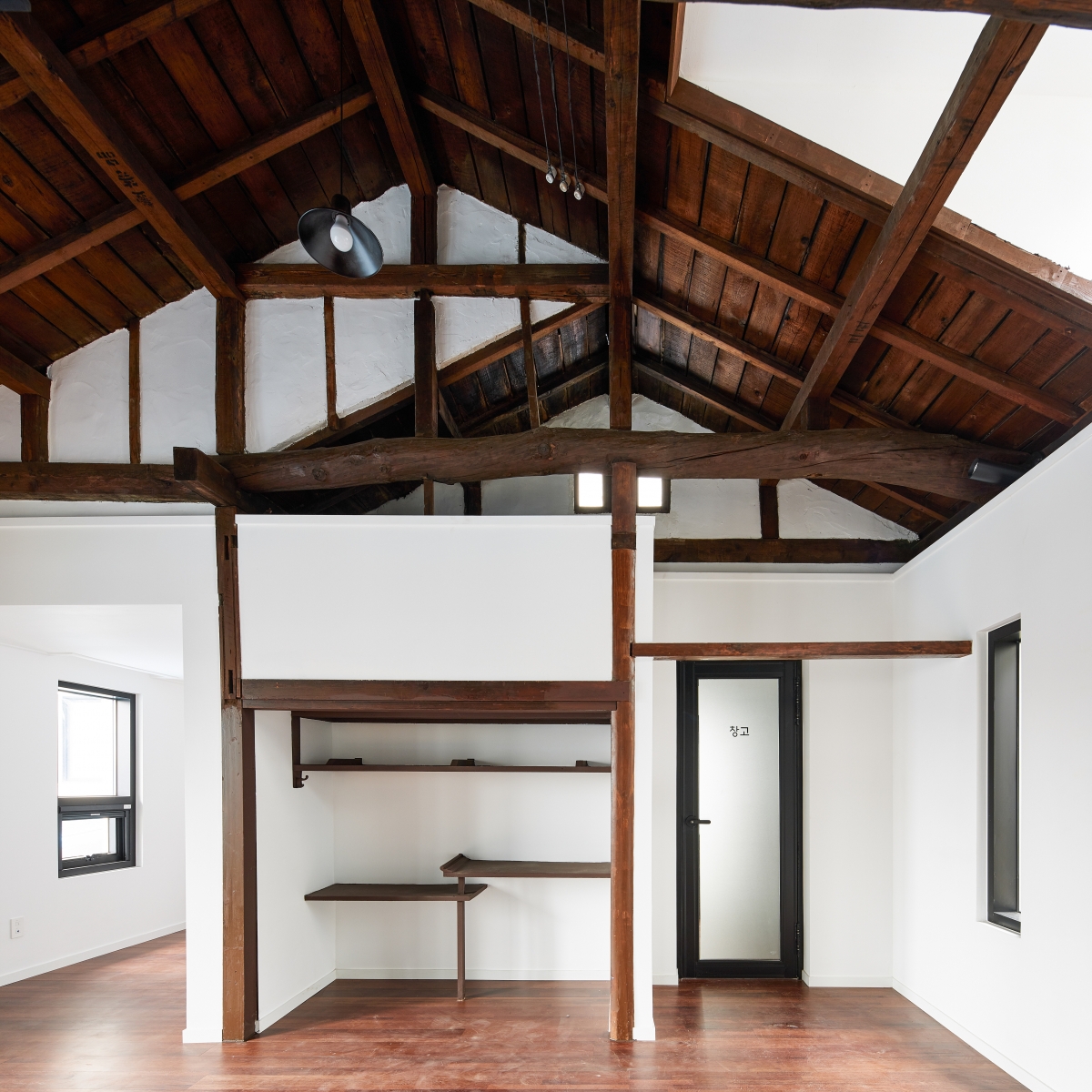 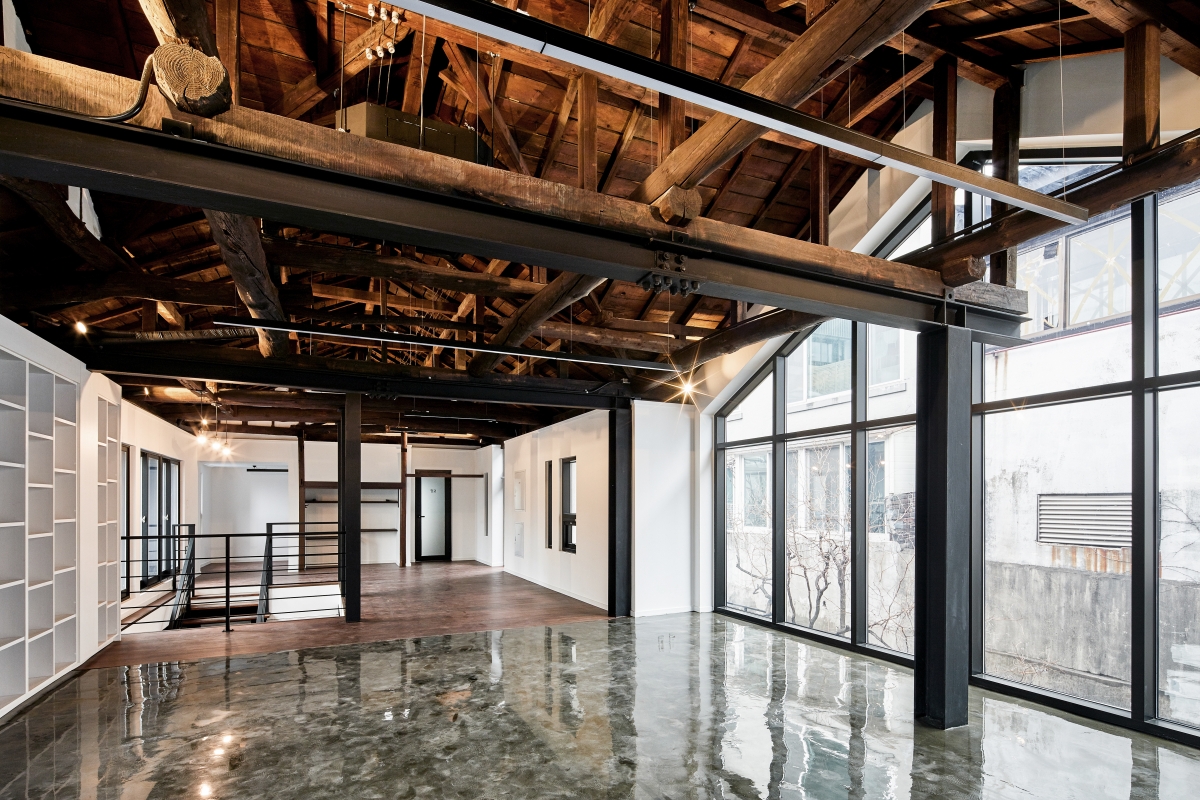 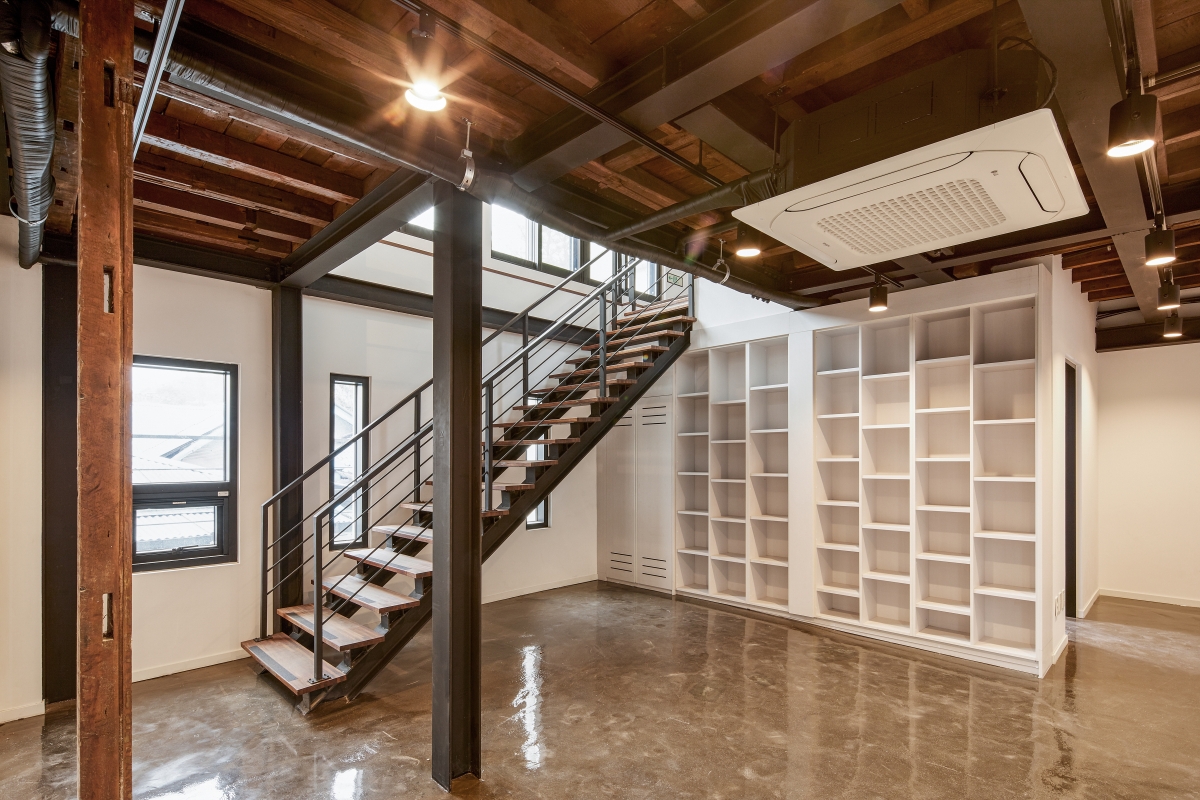 Lee Yongju
Lee Yongju is a principal in the Seoul-based practice Yong Ju Lee Architecture. His works focus on geometric experiment, establishing new vocabularies of patterning based on information. Since graduating from Yonsei University and Columbia University, he worked for the E/B Office in New York as a founding partner. He is a registered architect in the US and a Seoul public architect. He is currently assistant professor at the Seoul National University of Science and Technology.
No.622 September 2019 architecture Heohyeon-dong Seoul Architectural Assets community facilities wood structure local anchor facility remodeling Japanese house
LIST
bookmark_border
favorite_border
21