Songjeong Picture Book Village is a project to design a plaza, bus stop and visitor center in Songjeong Village, a small town in Buyeo. It was the beginning of winter when we first visited the village with officials. Although the site was dilapidated with the bare trees and damaged bus stop, the simple houses of 30 families and the old trees made it possible to imagine the beautiful scenery of spring time.
Three sceneries
We looked around the entire village and read three sceneries: "Far away view," a scenery from the village hall, "Nearby view" a scenery when approaching the square and "Inner View" a scenery inside the square. How to manipulate those three sceneries would determine the value and the character of the space. I thought it was right to build a place without harming the unique scenery created by the hill-shaped land which seemed to run toward the horizon.
One single body
The existing plaza was furnished with shoddy benches and tables made by plywood and concrete and the residents complained of confined space and the lack of lighting. We decided to expand the plaza and to combine the dispersed functions that were playing in a crude manner. The land itself would rise up and become benches, stages, a bulletin board and etc. It is like the head, arms and legs grow from one body and function as a whole.
Materials from nature
Based on the design concept of rising from the ground, wood and clay bricks from the soil became the main materials and metal was added for the structure. While the entire space was built with bricks to achieve wholeness, various ways of pile-ups and joints were applied to keep it from becoming monotonous.
Two spaces under one roof
We dragged the brick carpet of the plaza to the bus stop and visitor center to tell the whole thing was a single facility. The information center which also serves as a gallery for paintings and books by residents is an indoor space, while the bus stop is planned as an outdoor space. The two are tied by one roof, so that they can cover each other's functions when necessary.
The whole space is emptied rather than filled and it takes humble attitude rather than flaunt. What fills the empty space is the daily use of residents and the events for visitors. This story began with the memory of village elders. We imagine that every single day is stacked up and finally become a complete book. Each single person's life builds up into history and it makes the place unique. 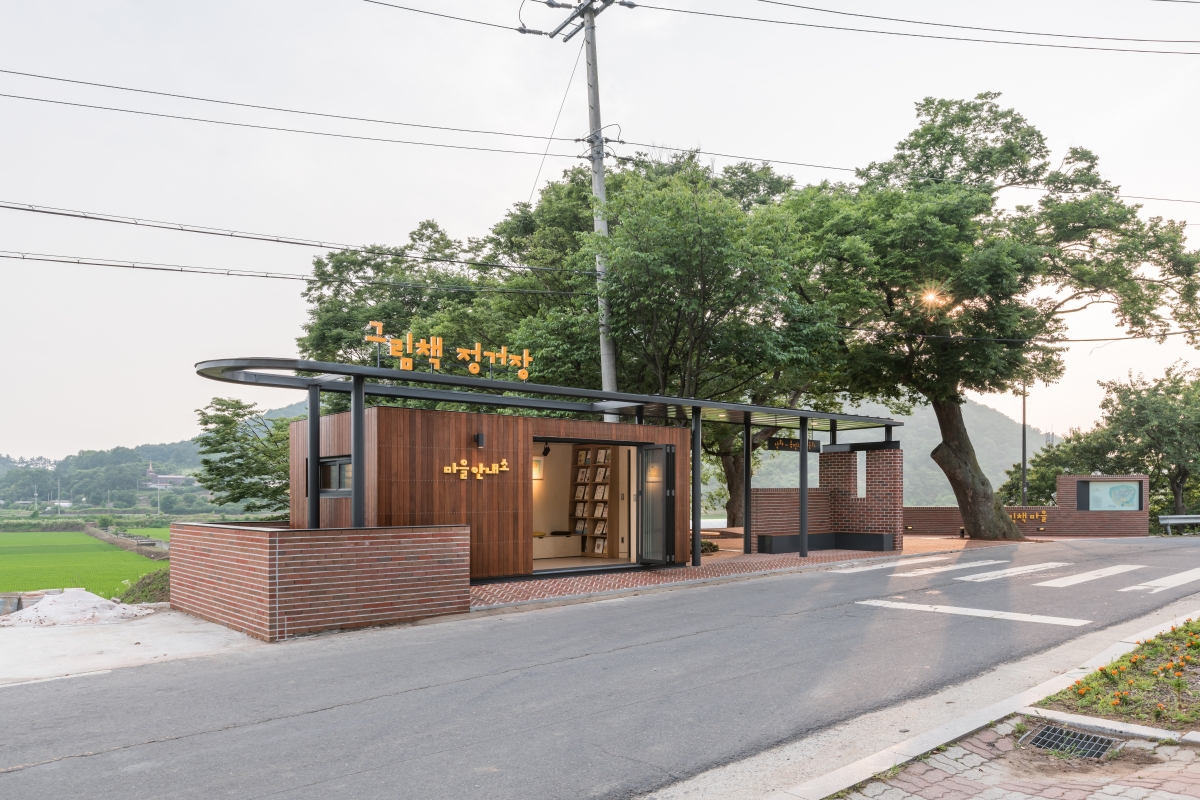 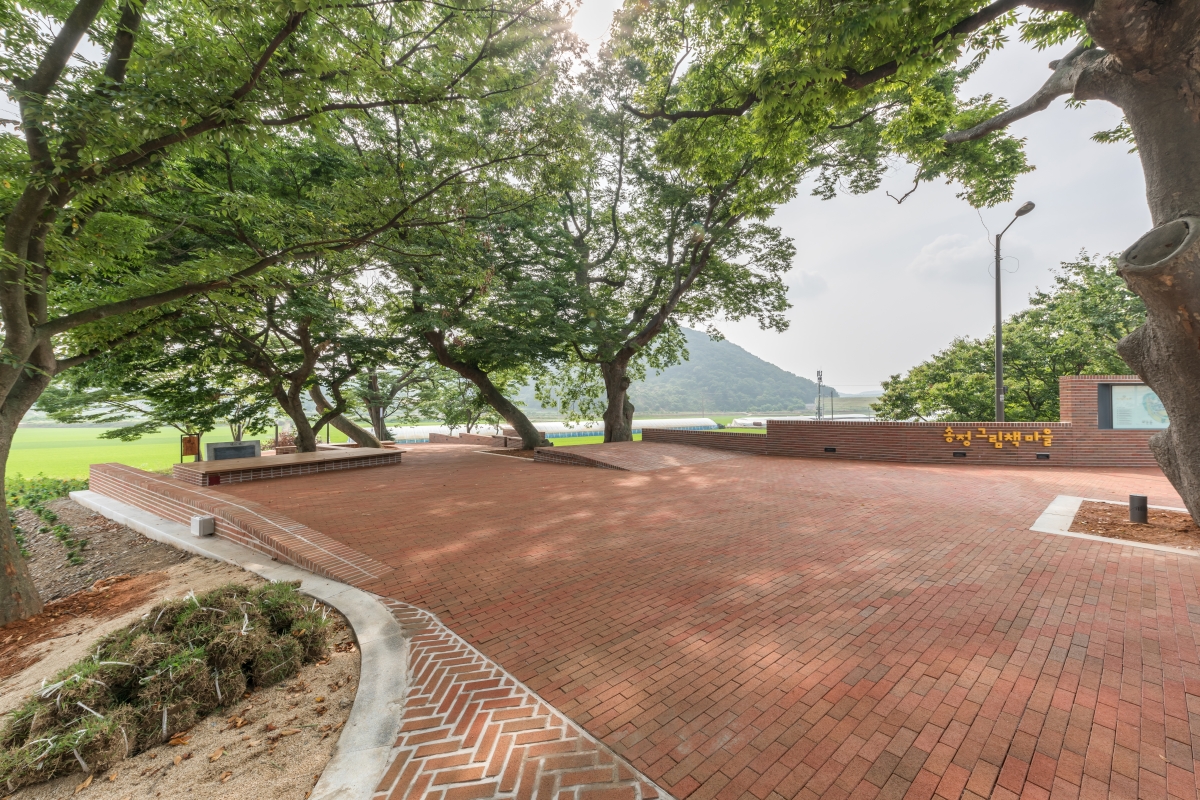 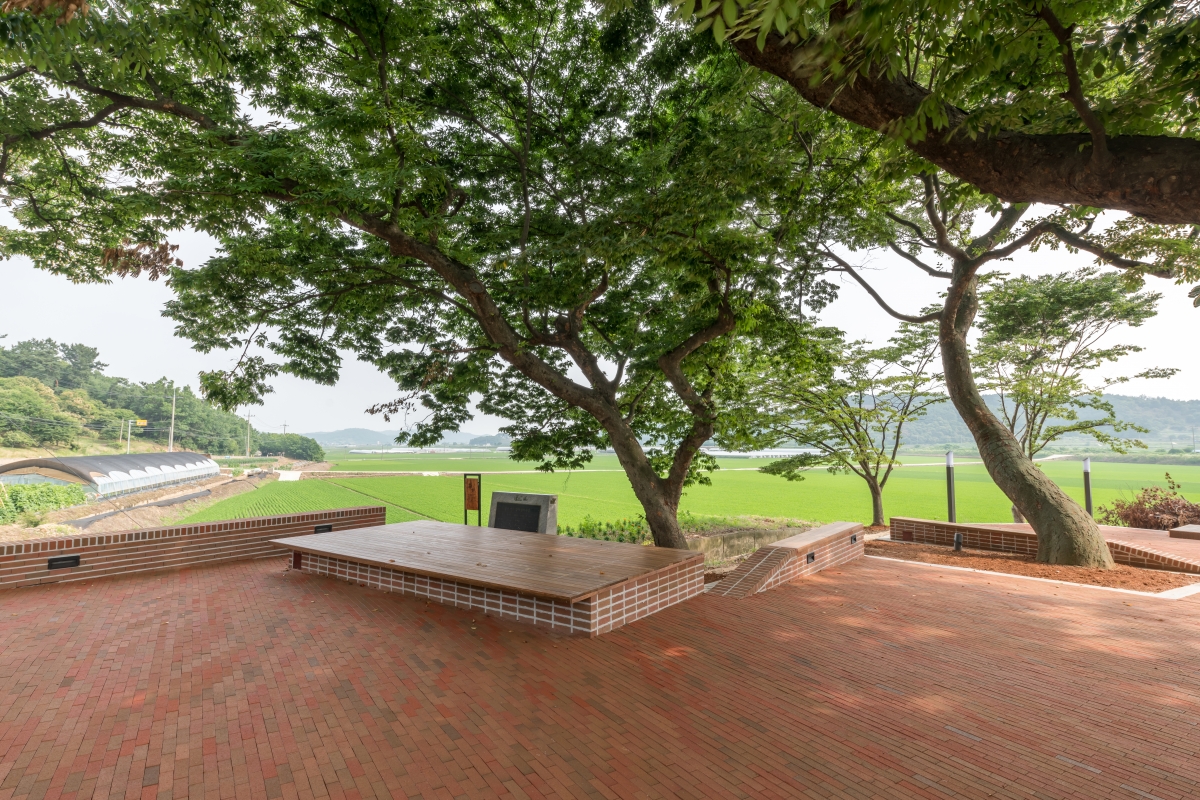 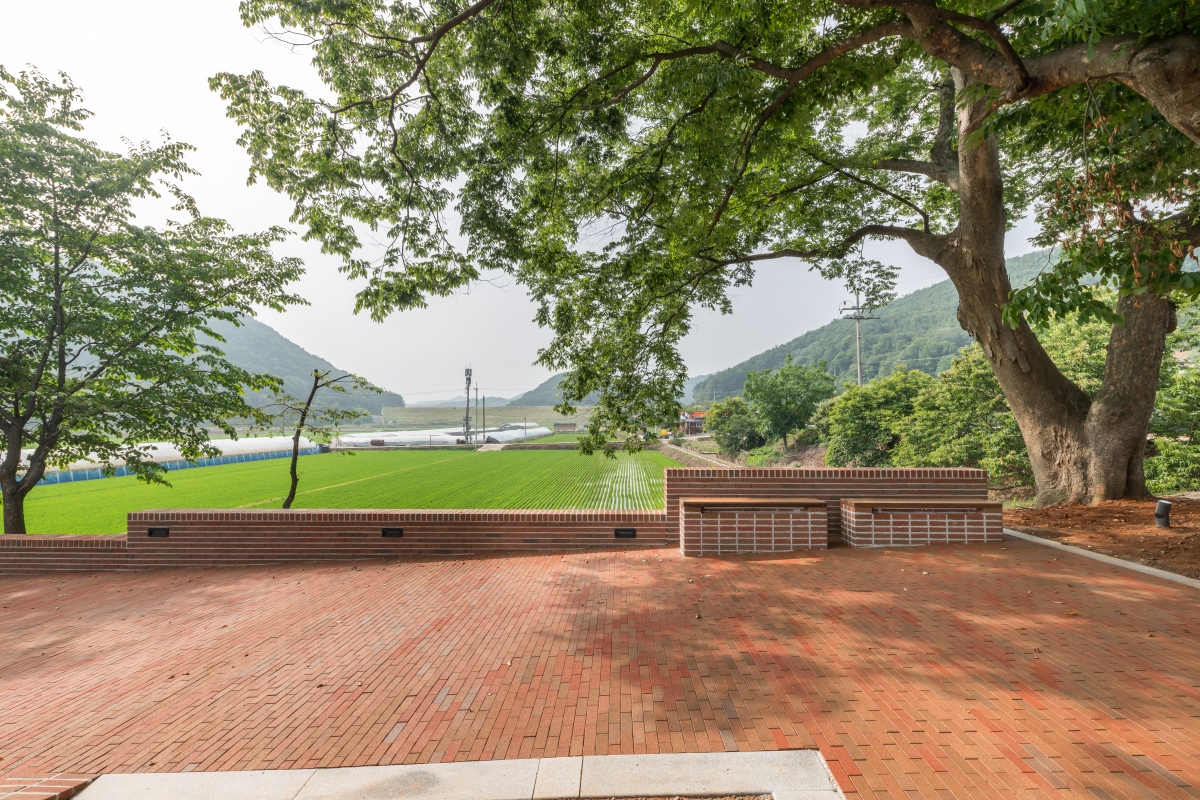 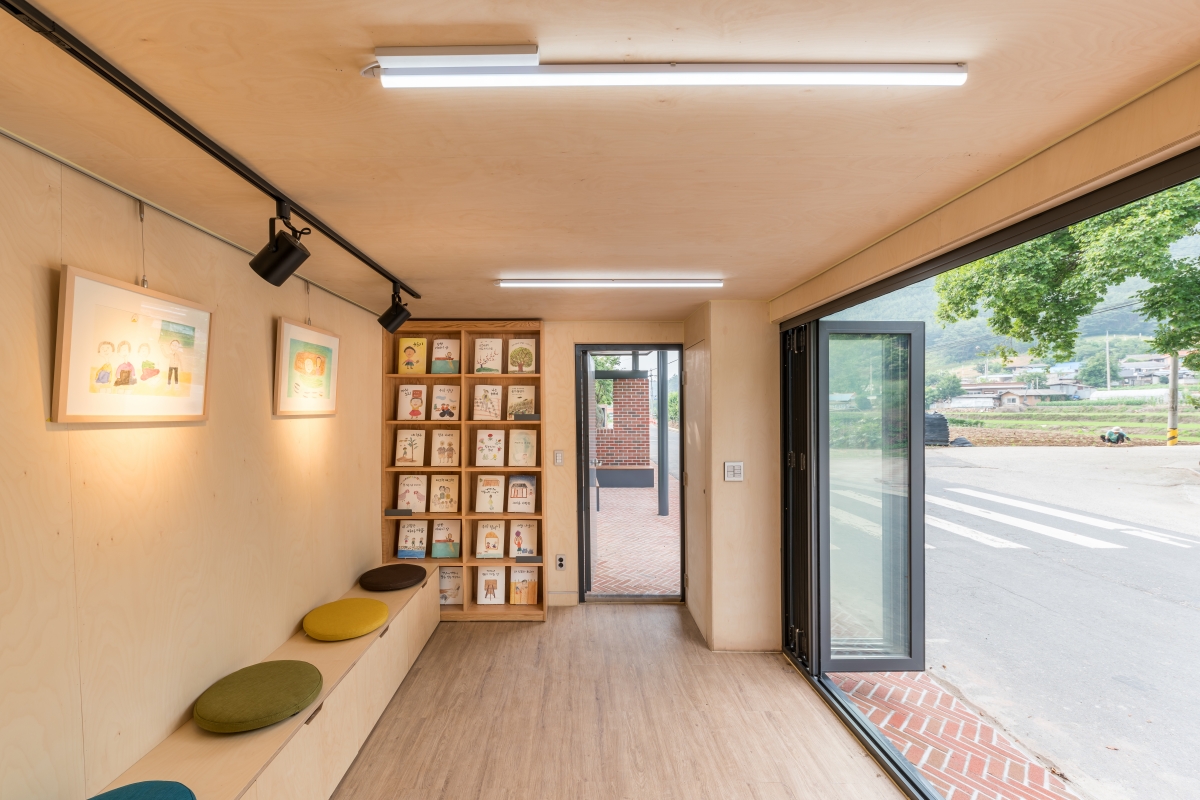 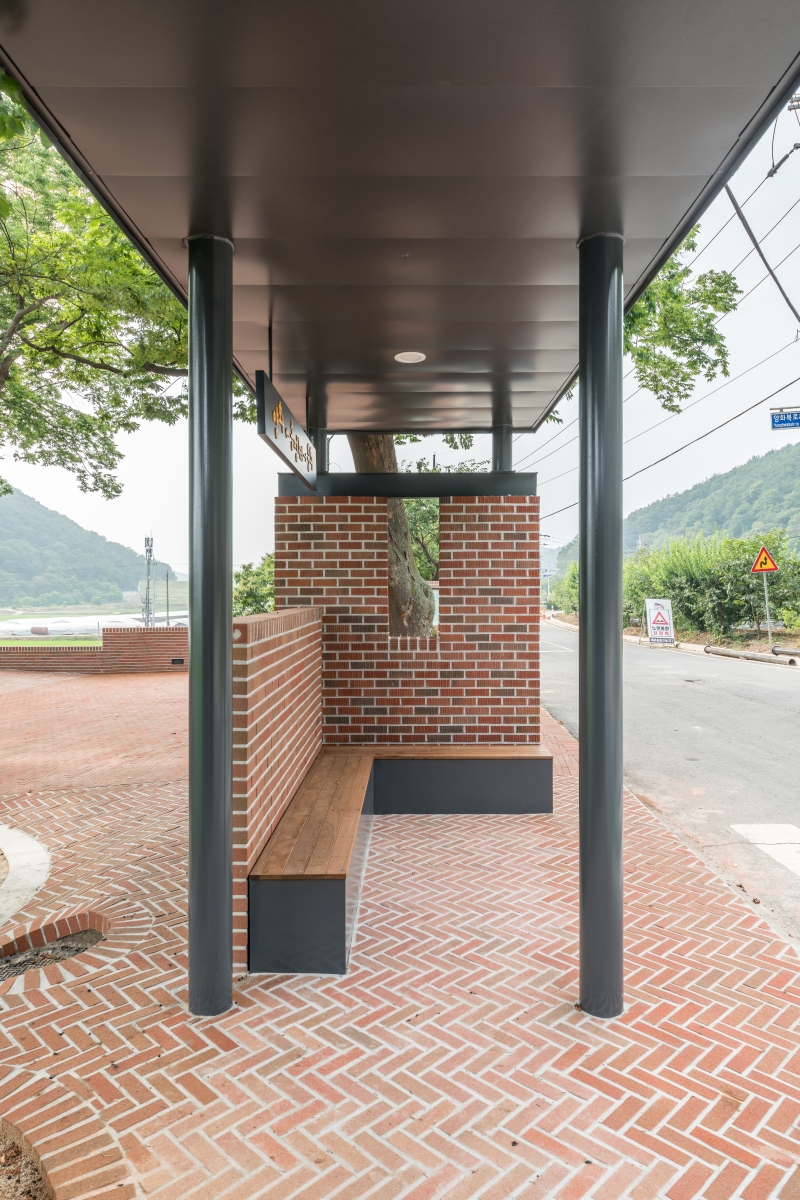 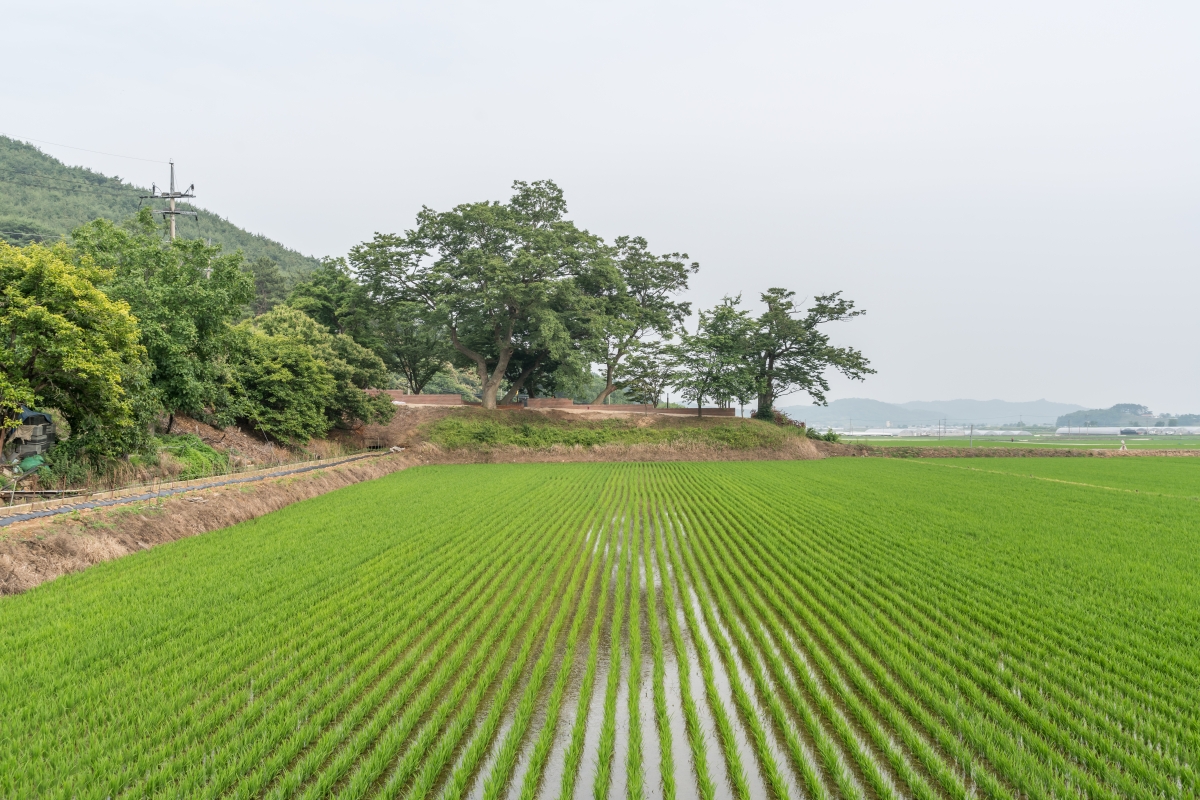 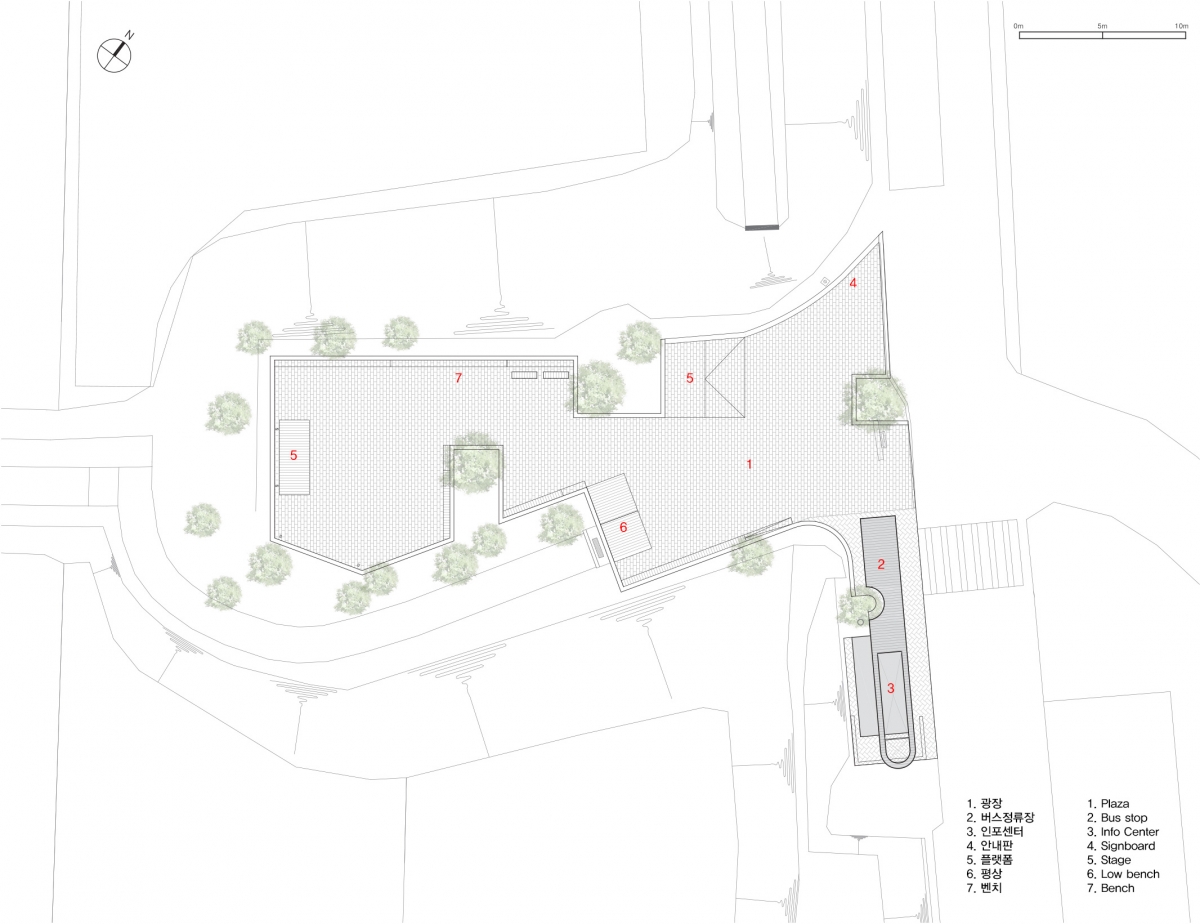