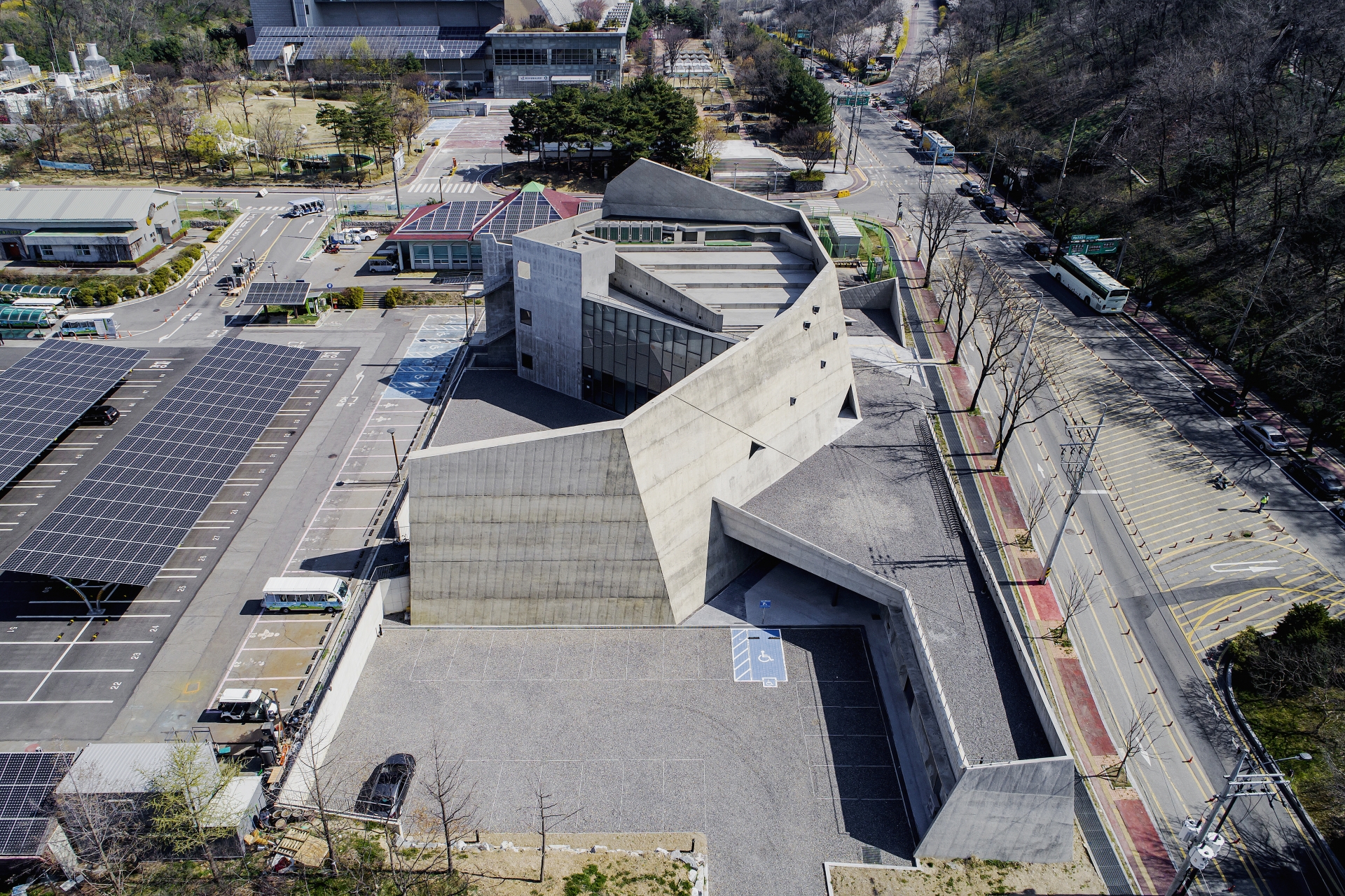 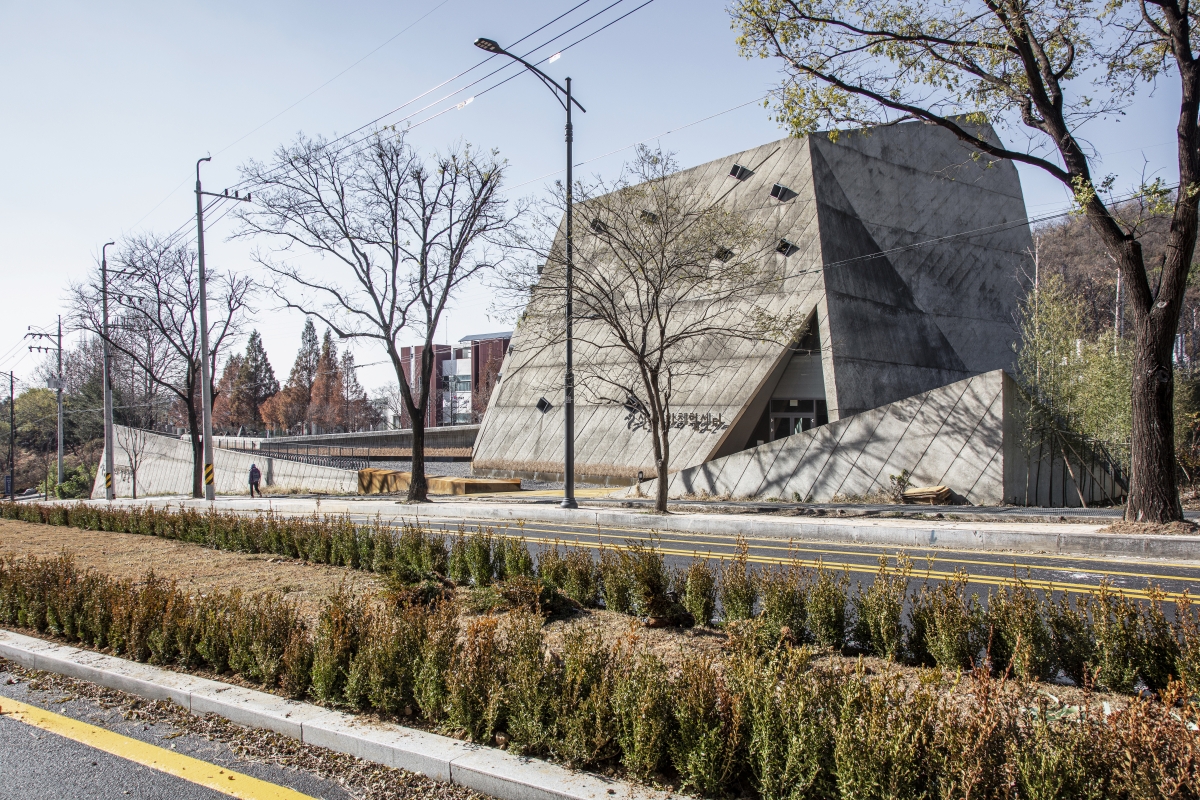 Park Youngseok Base Camp began with the construction of a memorial to the late Captain Park Youngseok, who disappeared in Mount Annapurna in 2012 after becoming the first Korean to climb the world’s 14 highest peaks and three poles. I considered how best to commemorate the deceased through architecture. The intention behind the camp’s programmes was to commemorate his pioneering spirit and philosophy with a platform for mountaineers and a mountain experience facility for youth. The site stands in a valley between Haneul Park and Noeul Park in Sangam-dong. This area was once called Nanjido, and now it has become a new kind of urban park that heralds a future paradigm in which we must live side by side with our recycled resources. The project demanded a symbolic form. The building is both a mountain reduced according to a metaphorical scale and the extension of tensile structure. The former is more suited to Captain Park’s monument, and the latter to its programmes. In addition, the inside of the building had to be big enough for group meetings, as it will become a base camp for teenagers and mountaineers, and also contains a number of environmental regeneration programmes. In terms of urban discourse, this is the first cultural facility as monument placed in an urban park of this new typology. The proposal to establish a cultural facility here faced tough opposition, as it was deemed to be a place occupied with unwanted public facilities. Like this, figurative architecture has such a multifaceted meaning as it has a different emotional impact depending on the context of the viewer. I hoped, after a long time, that this artificial mountain-like work of architecture would return to nature along with the rest of this awkward and flat artificial city park. Unlike the exterior of surrounding buildings, which feature pollution-proof details, the huge polluted concrete sculpture shown in the image of Jan Kempenaers’ Spomenik (2010) was interesting. The building’s exterior was constructed as inclined concrete walls and used OSB plywood as formwork so that it would be exposed to aging process at a quicker rate. The sloping exterior and the unique patterns of OSB will stand out even more against the aging process that leaves behind vertical patterns. Inside the building, the required small spaces have been connected and open to create continuous large spaces. The whole space is geared towards exhibitions and mountain experience training and information. Cafés and rest areas are placed within this context and melt into the overall spatial arrangement. As outdoor programmes extend into the interior, the indoor climbing wall has been connected to the exterior space, and exhibitions and gatherings can take place on the rooftop. The rooftop has taken on the role of a wonderful concert hall providing sunset views of the Han River. Creating an architectural promenade from the basement to the rooftop, the building itself becomes part of the exhibition. Emerging to segment and connect space, natural light bifurcates the interior space into light and dark and reintegrates it again. A light derived from darkness can be found in a space of light, sending lines of light which break across the ceiling like crevasses in the Himalayas, and which commemorate the ambitious life of Captain Park. (written by Mihn Hyunjun / edited by Kim Jeoungeun) 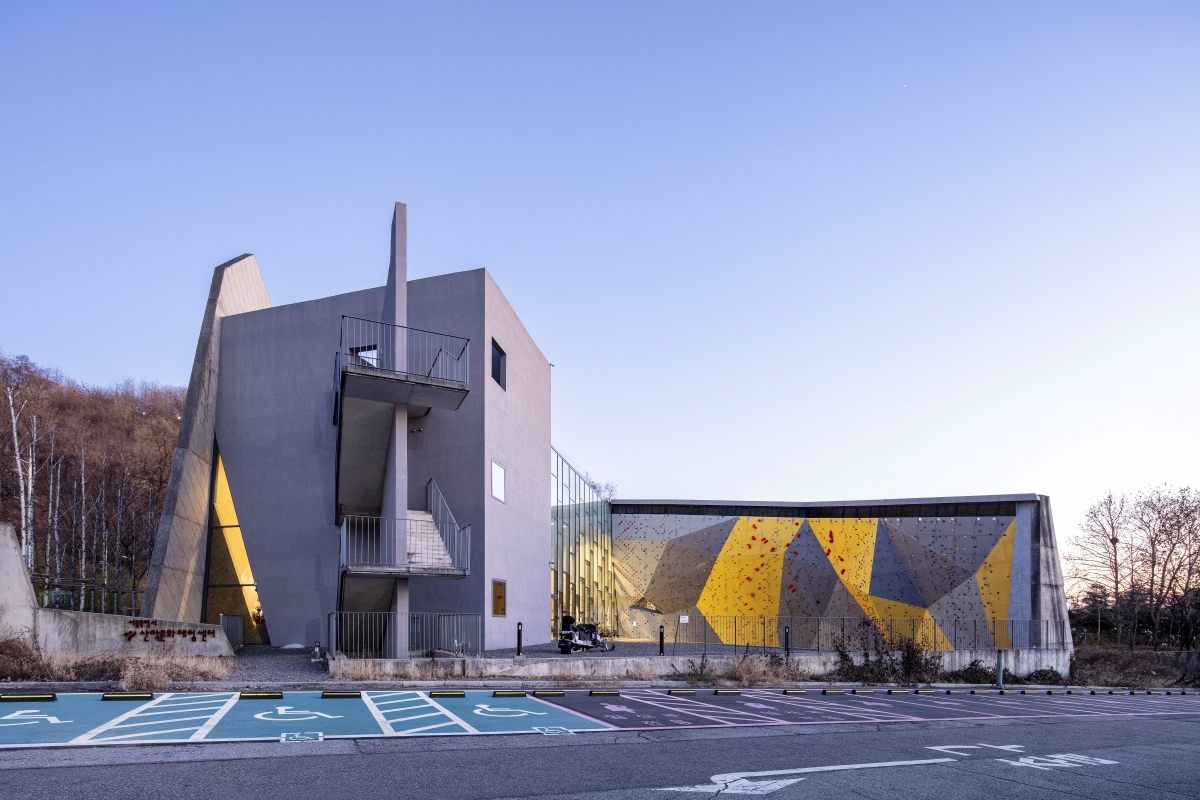 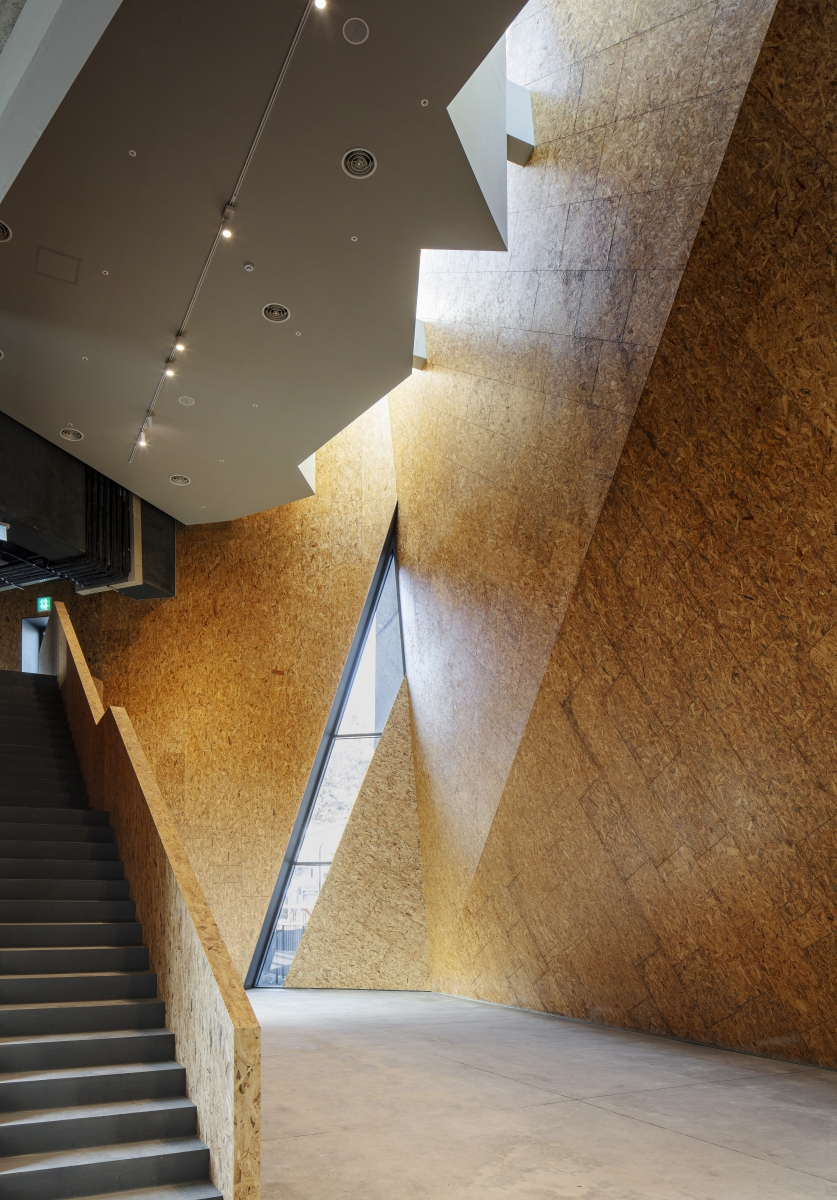 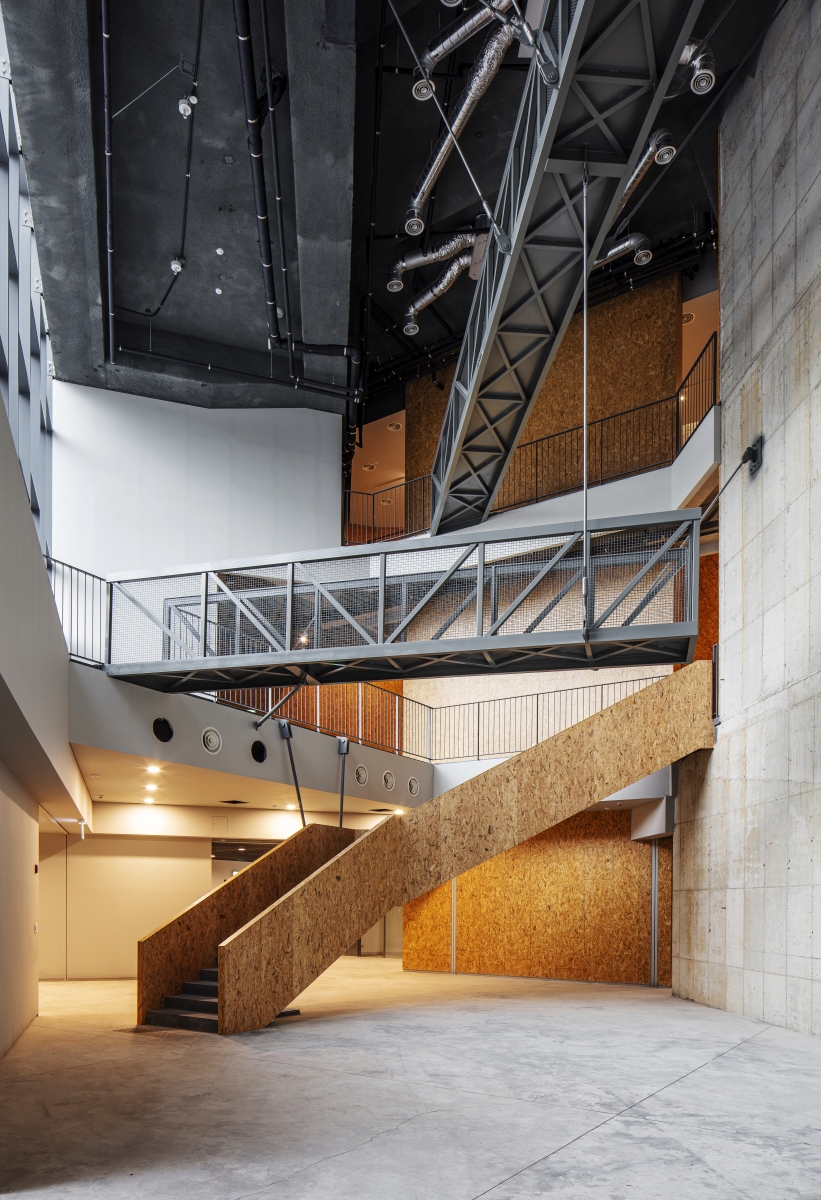 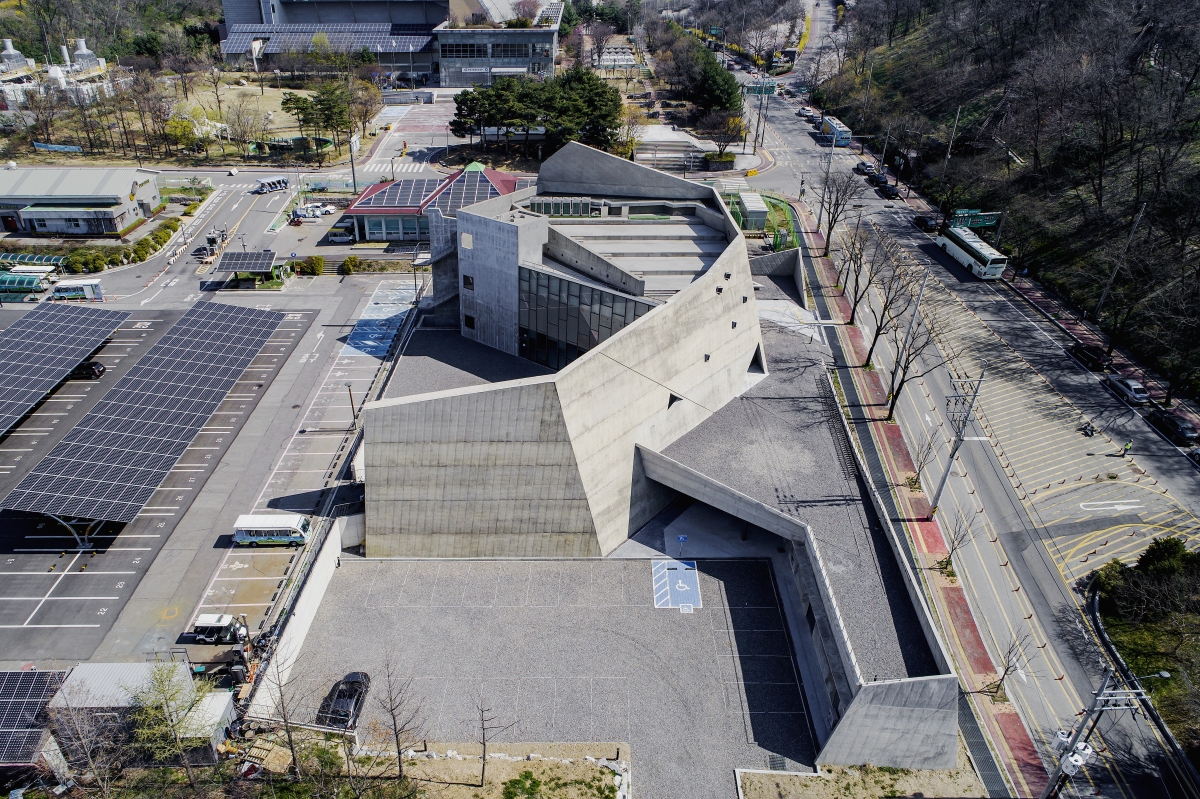 water paint on gypsum board

Mihn Hyunjun
Mihn Hyunjun is currently the principal of MPART Architects, and served as the dean of Honglik University’s Departmnet of Architecture. He graduated from Seoul National University Department of Architecture and Architectural Engineering, and
University of California, Berkeley College of Environmental Design. He previously worked at SOM, San Francisco. His major works include the National Museum of Modern and Contemporary Art, Seoul and Herald Square.
No.650 January 2022 architecture architect Mihn Hyunjun MPART Architects Park Youngseok Base Camp concrete
LIST
bookmark_border
favorite_border
4