What Does Renovation Mean to an Architect?

‘Renovation’ is a portmanteau of ‘re’ and ‘innovation’; it signifies an innovative process that causes the object of its focus to depart entirely from its past. Recently, many spaces have undergone renovation. Buildings might have years left in them yet, but might require a redefining of their use. At times this may be considered more economically viable than constructing anew, but fundamentally it seems have resulted from an underlying emotional need to showcase an accumulation of time.

Sanyang Brewery was a timber frame brewery built in 1944, which Mungyeong City Government bought and transformed into a multi-purpose cultural complex. Modern buildings as renovation projects commissioned by public offices pose many inherent challenges. The first difficulty occurs as there are hardly any structural design offices which specialise in timber frame structures. In many cases, clear-cut demolition and reconstruction will occur from a failure to find a solution as to how to evaluate the existing building’s qualities of insulation, earthquake resistance, fire resistance, and what to keep and what to exchange. Meanwhile, Studio Heech maintained structural columns that could be kept, and cut away the disintegrating lower part of the columns, reinforcing them with new materials using a T-shaped metal detail. This detail is simple yet effective. Their decision to place the roof truss between the Japanese style timber frame column and the masonry wall is also rational and clear. The truss was reassembled after transit to the gluelam factory in Incheon for repaire, keeping its original form intact. Under normal circumstances it would have been demolished and newly fabricated, or repaired on site. The choice of the architect, to maintain the original character of the building by revealing the time its materials embodies, establishes the overall atmosphere of the space while devising a contrast with the introduction of new crossbeam materials.

The second difficulty arises from contractors commonly designated through competitive price bidding. In general, the contractor is designated without any background or specific information regarding the project. Hence, the drawing becomes the most important tool concerning communication between the architect and the contractor. The problem is that, even if the drawing is followed, the nature of renovation calls for situations beyond those dictated in the drawing and this can only be resolved through the contractor making decisions based on methods that cost less money and time. The drawings of Studio Heech are clear and simple. The drawings, without any frivolities, are directly related to the construction methods. The perspective drawing also demonstrates the structural character and spatial sense of the Sanyang Brewery. Completing a drawing not only requires a certain understanding of the existing building, it also requires a preemptive understanding of how to resolve the problems thst may occur when reassembling reinterpreted elements or potential construction related issues. The basic skill of the architect, evidenced through the degree of detail in the drawing, is proof of their capacity to respond effectively to the many challenges that could arise in an accelerating process, from the site survey to completion of construction.

The third challenge is that it would not have been easy to control the quality of the work produced by the craftsmen. Despairing occasions often arise during modern architectural renovation projects as the former atmosphere disappears and the project takes on the appearance of a movie set. This is not only due to the difficulty of sourcing an accomplished technical expert, but also because the nature of materials and tools is different from those used in the past. The original materials, which have matured over time, and those more recently developed may seem similar in form, but are in fact entirely different. Imitation rests as imitation. Therefore, we might question whether it is more desirable to reinterpret materials and technical methods to fit with the contemporary moment, and as a consequence to produce an optimal result based on communication with the contractor. Of course, the cost and effort that goes into this is a burden placed on the architect. Park Heechan is said to have visited the site over 40 times during the six month design phase and four month construction phase. The masonry wall at the north was completed with an aesthetic flourish by inserting tiny fragments of gravel in the plastering. Such methods cannot be commissioned through contractors according to the compensation standards of the government commissioned construction. The architect explains that during the auditing process he delivered his intentions to the plasterer, and the plasterer proposed his own methods to realise these intentions. Architecture is made through people’s hands. The attitude of the architect in respecting the technical specialist and the accumulation of communication between the two created the Sanyang Brewery.

The operation of Sanyang Brewery is currently under discussion between the Mungyeong City Government, the architect, the residents, and youth representatives. The intention to establish a relationship between the space and its future content will become one of the most important repercussions of this architectural project. Within the context of the continuity of time, Sanyang Brewery will be observed from the present moment as a work of modern architecture in its ability to project new future forms and uses. 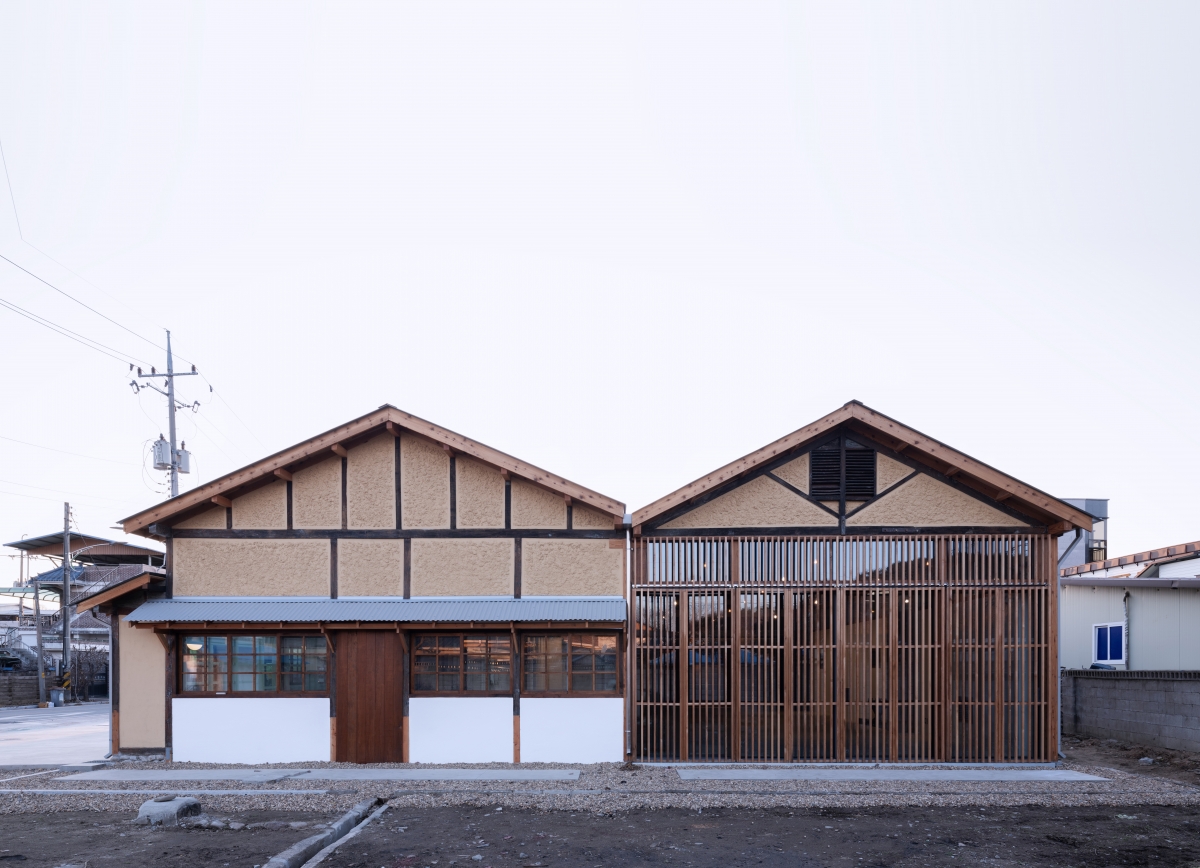 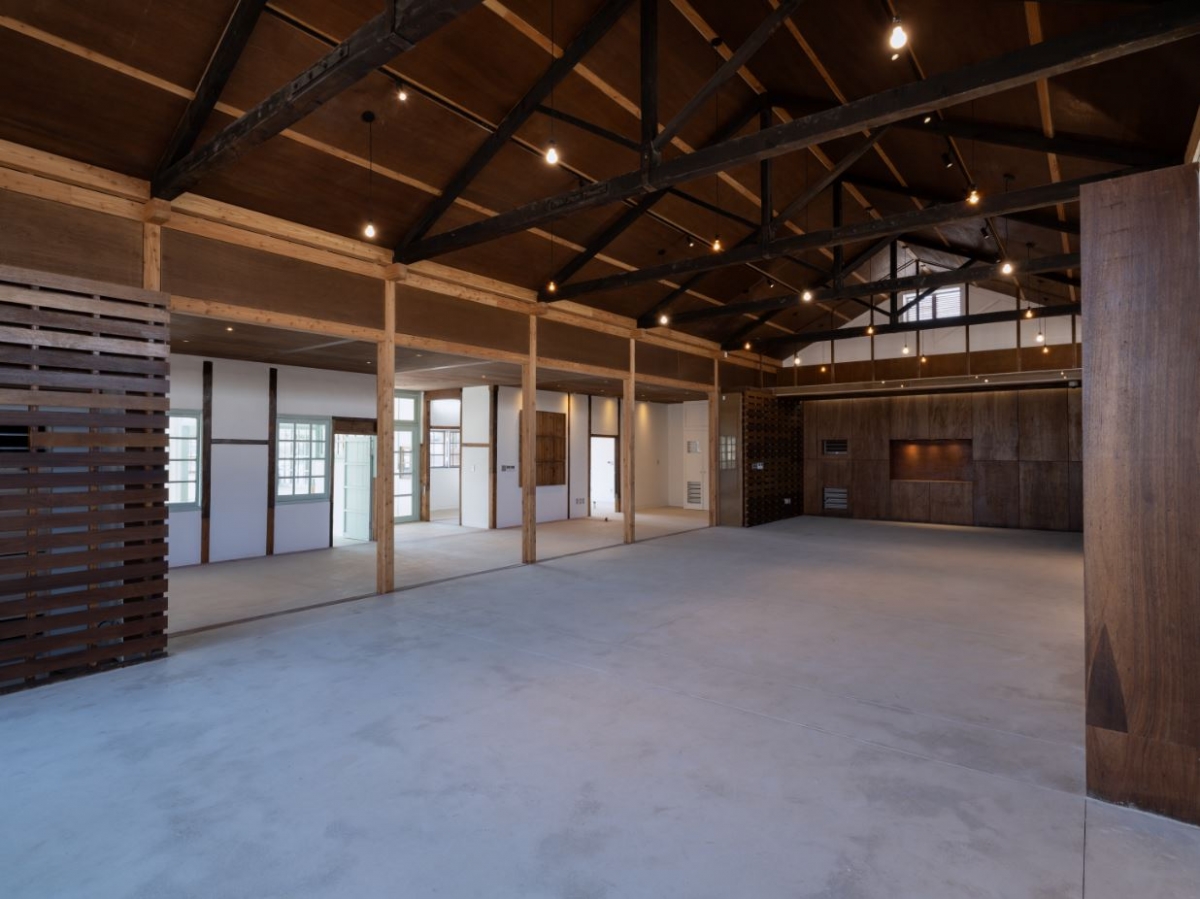 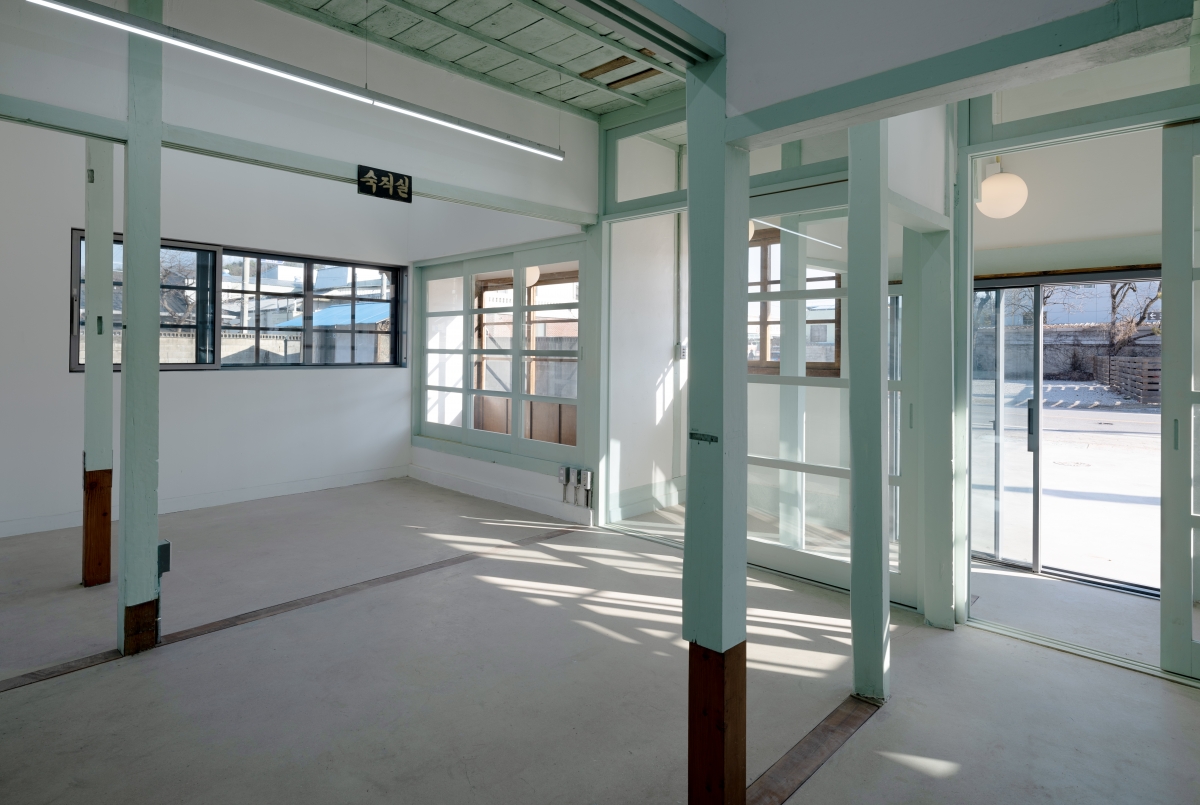 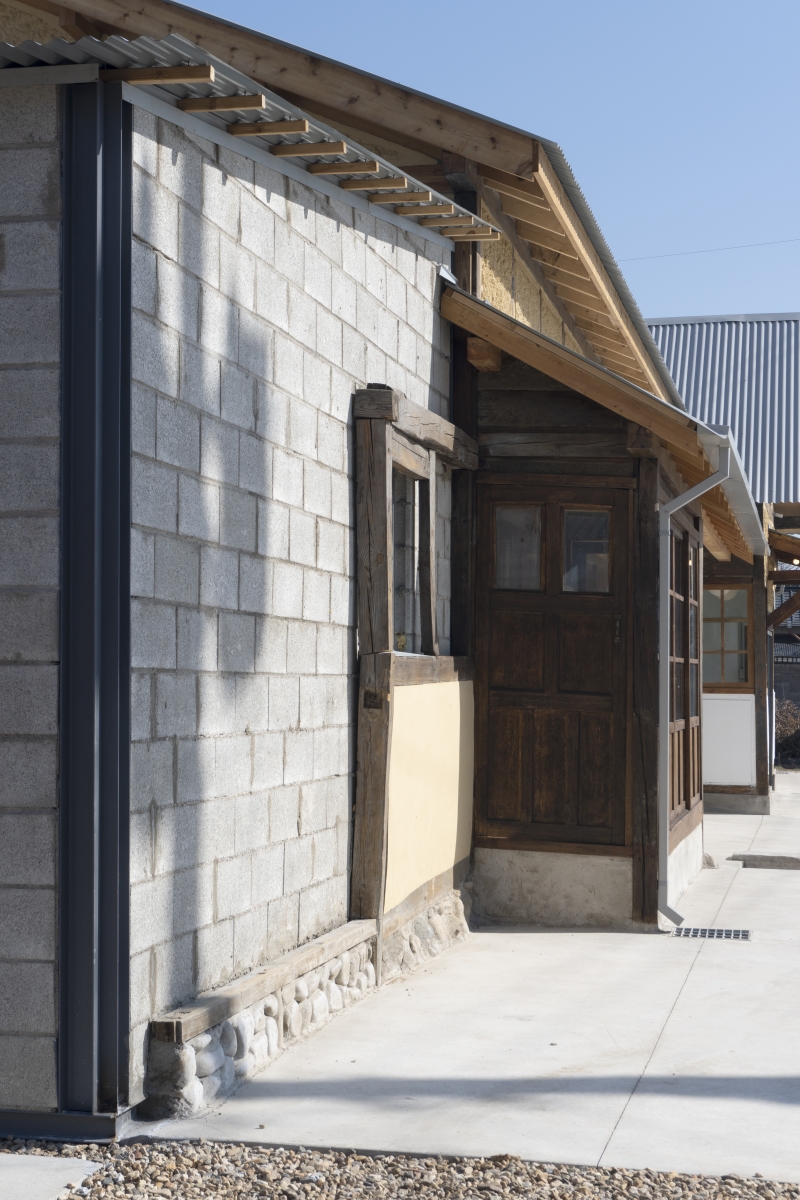 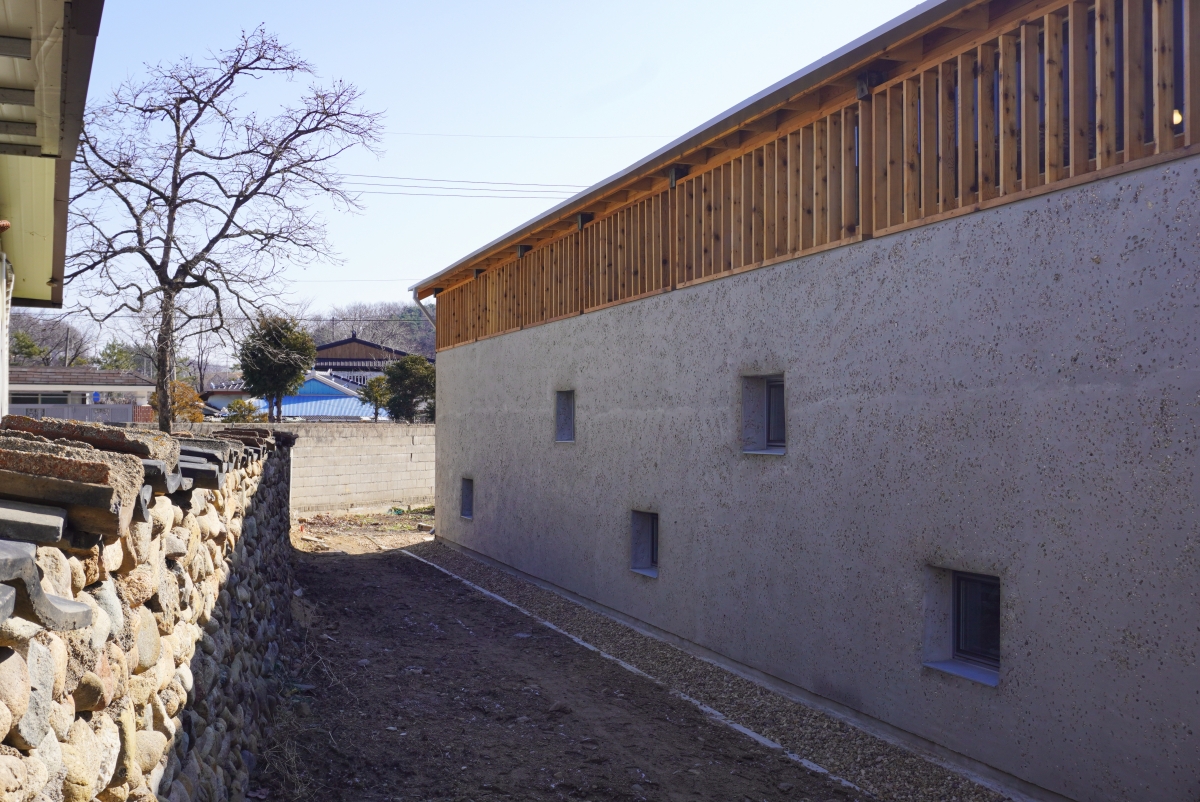 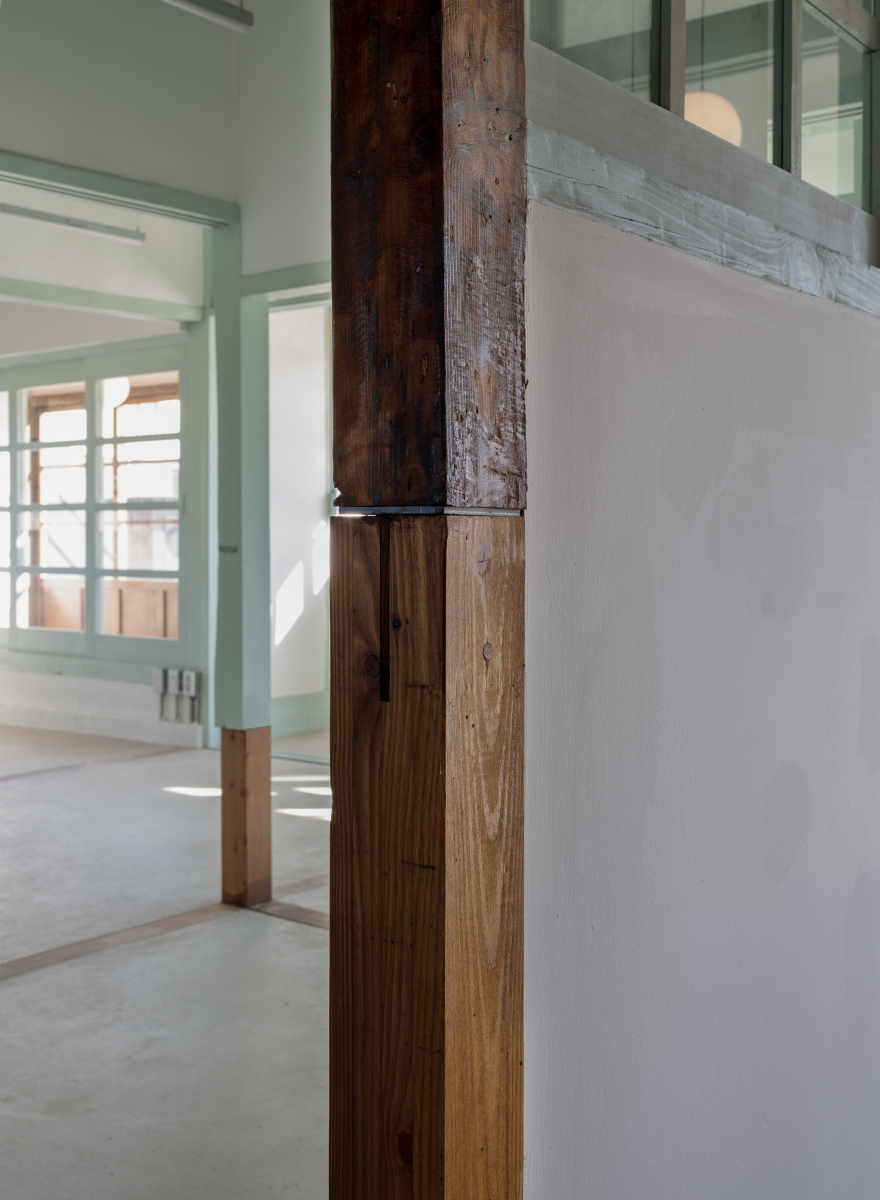 Park Heechan
Park Heechan received his Masters, Graduate Diploma and Post graduate professional studies at the Bartlett school of architecture, UCL, where he was recipient of Sir Henry Herbert Bartlett Travel Scholarship to travel to Finland and study the work of Alvar Aalto in 2010. After graduating from the Bartlett, he went to work for Hopkins Architects where he worked on a variety of projects including Mound Stand, Lord’s Cricket Ground Refurbishment. His works were exhibited at the Royal Academy, London. He established Studio Heech, Seoul in 2017.