​Functional Formulas for Multi-family Housing: Finding the Value of f(x)

The floor area ratio, a calculation system to secure the largest building area, is one of the inevitable challenges and greatest restrictions for architects. In this game, they should present various strategies to design a building and its supplementary spaces against countless regulations. In which direction should such a solution be developed? Designing a floor plan or an exterior volume for building by computer software developed in light of a huge amount of data and algorithms is not very astonishing idea. Accounting for how the housing environment in Korea has developed makes me think that this method might provide more options than those presently available to architects. Nevertheless, the architectural archetypes that can be presented by architects as design variables carry a certain social value and meaning. For these reasons, I expected to see the Sista House translate social values for women into an architectural typology of its own and to serve as a starting point for forming a productive agenda, as the name suggests.

‘What value does it offer to young architects and the to its owner?’ Such questions prompt me to find another answer. Let’s look at the legal regulations which affected the design process of this housing, constructed on a 131.54㎡ large site area. The site shared its border with a 4m wide road, and so required a 2m setback to make room for parking. A further setback of 1m from the property line and the parking bays. The architectural slant line restriction for daylight roughly determined the position of the stairs. Following and applying the strict rules of the game left a limited measure of freedom that only allowed the architect to determine the number of rental housing units per floor and then give a character to the building or select the finishing materials. As the purpose of this building was to earn rental income, the rent of each unit was determined according to the market price of the surrounding areas, and based on that, the amount of money that the owner should invest at the construction stage was calculated. In this circumstance, the architect of this project tried to find a strategy that attains high quality in small-budget.

To avoid northern architectural slant lines on two sides of the site, the direct staircase was positioned to the south. It was also designed to return to the centre so that each floor would have two rental units. Because of the architectural slant line restrictions, the fourth floor has small rooms and is at a disadvantage in receiving the same amount of daylight. It does offer, however, an open terrace, staircase and storage space. The fifth floor, situated at the tip of the slant line, could be used as a studio with a high ceiling. The architect has translated the roadside staircase, the greatest drawback introduced by legal regulations, into a passageway that allows access to each unit. The staircase is composed of rough materials that contrast with the simple interior cladding and a porous brick screen that protects privacy. It works as a filter that uses light effects to enhance the moderate and warm atmosphere inside the housing units, and further defines these private spaces. Designed in response to rental demands, the floor plan of each floor also offers different options. The north section accommodates two-bedroom units with a relatively large floor area, and in the south section there are small two-bedroom units in which the space can be divided flexibly according to the given situation.

The architect’s rich construction experience allowed him to extend his work capability to the area of craftmanship. Every floor of the building except the second floor is designed with a 20cm-thick beam-less flat slab system, according to the span of concrete bearing walls, which is determined in relation to the size of a room. As a result, the structural efficiency was ensured, and the use of rebars and labour costs are subsequently reduced. The forming work of the first floor’s exposed concrete wall, which replaces the internal stairs and ordinary columns, was completed using one concrete mixer truck. This was made possible because the architect fixed the construction schedule after checking the operation schedule of concrete mixers around the Mapo-gu area, with the aim of avoiding damage to the structural performance or aesthetic quality of the building and by preventing the forming work from cessation in the middle of the process. Considering the nature of exposed concrete, the structure itself doubles as a finishing material, while new formworks were selectively used for the construction of parking area and the stairs to give them a smoother texture. Also, for the floor of the neighbourhood facility on the first floor the architect controlled the level of concrete grinding work and the number of times that hardener was applied; this reveals how actively the architect communicated with contractors to achieve the desired finish.

The current spatial layout of Sista House would still be valid even if the target user group changed from women to men. Some might argue that, considering the characteristics of a rental facility, it’s not necessary to define the space with the concept of ‘gender’. But in that way, it’s difficult to find a good reason to call this project ‘Sista House’. From that perspective, I carefully observed the features that would enable the building to serve female tenants, including the sizes and interrelationships of important functional elements, the relationships between neighbouring units, the typical times of rest and activity at home, and the access route from the outside to the house door, on various scales. If these features had been used to create an area that shared new functions of the room or the porch, instead of implementing a conventional system that divides a room into small sections and adjusts their sizes to define different areas, or if the music hall on the first floor had been placed to face the roadside so that it could become an urban community lounge serving as a beacon for the alley during the dusky evenings, the value of Sista House would have been even greater; such a notion leaves much to be desired for me. Regulations, limitations, the maximum rentalable floor area and the number of rental apartment units are universal values that are sought after in the market. However, even under such circumstances, I hope the architect never stop trying to develop a new typology. 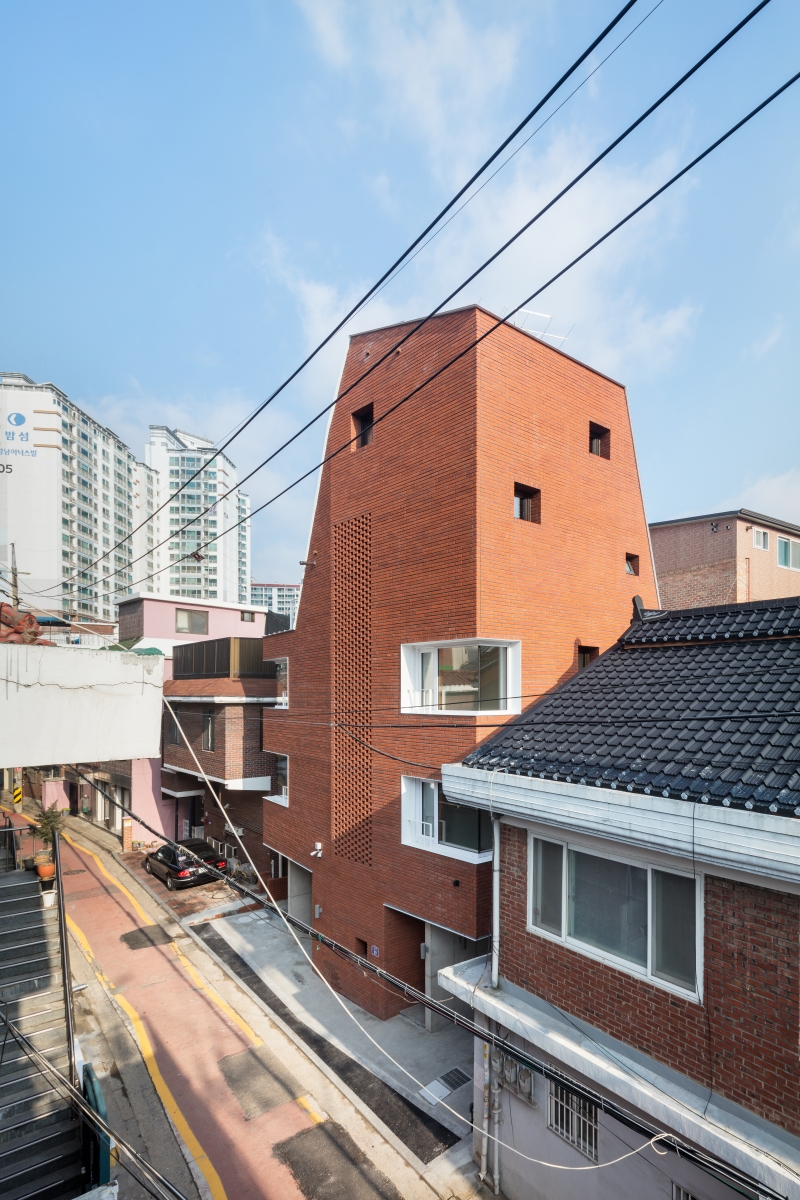 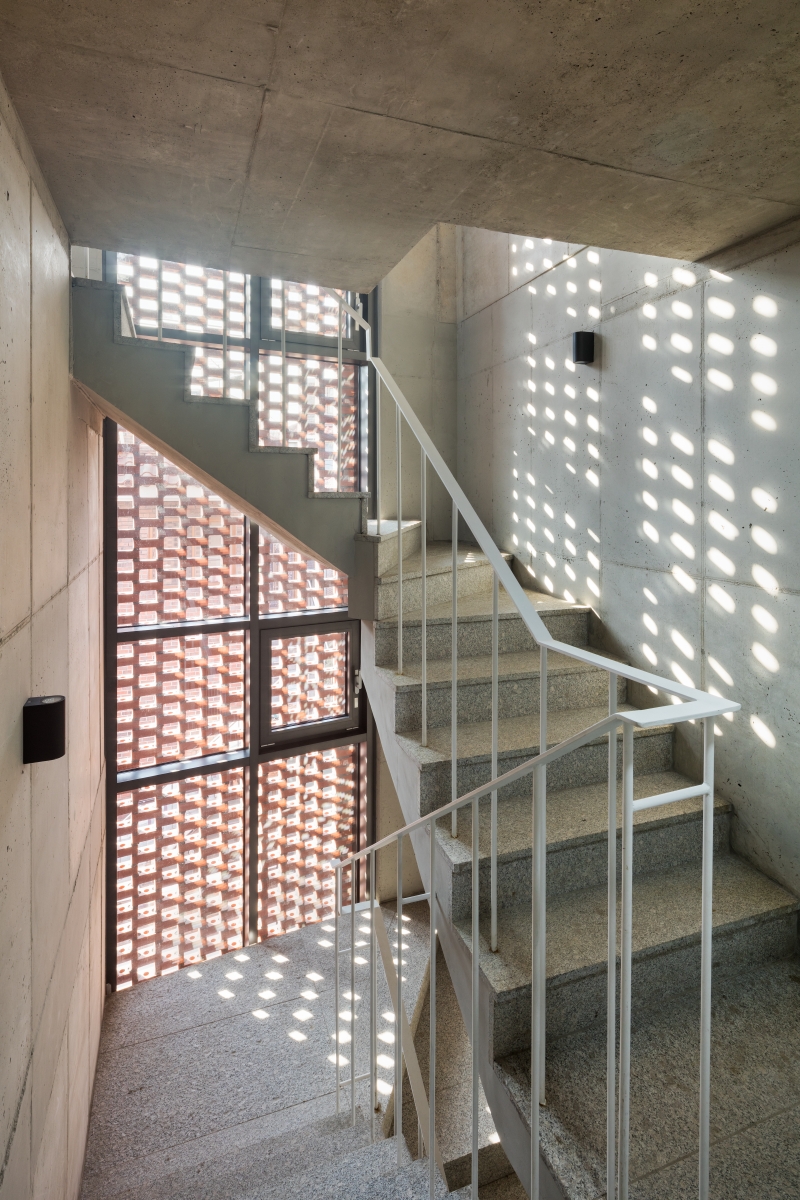 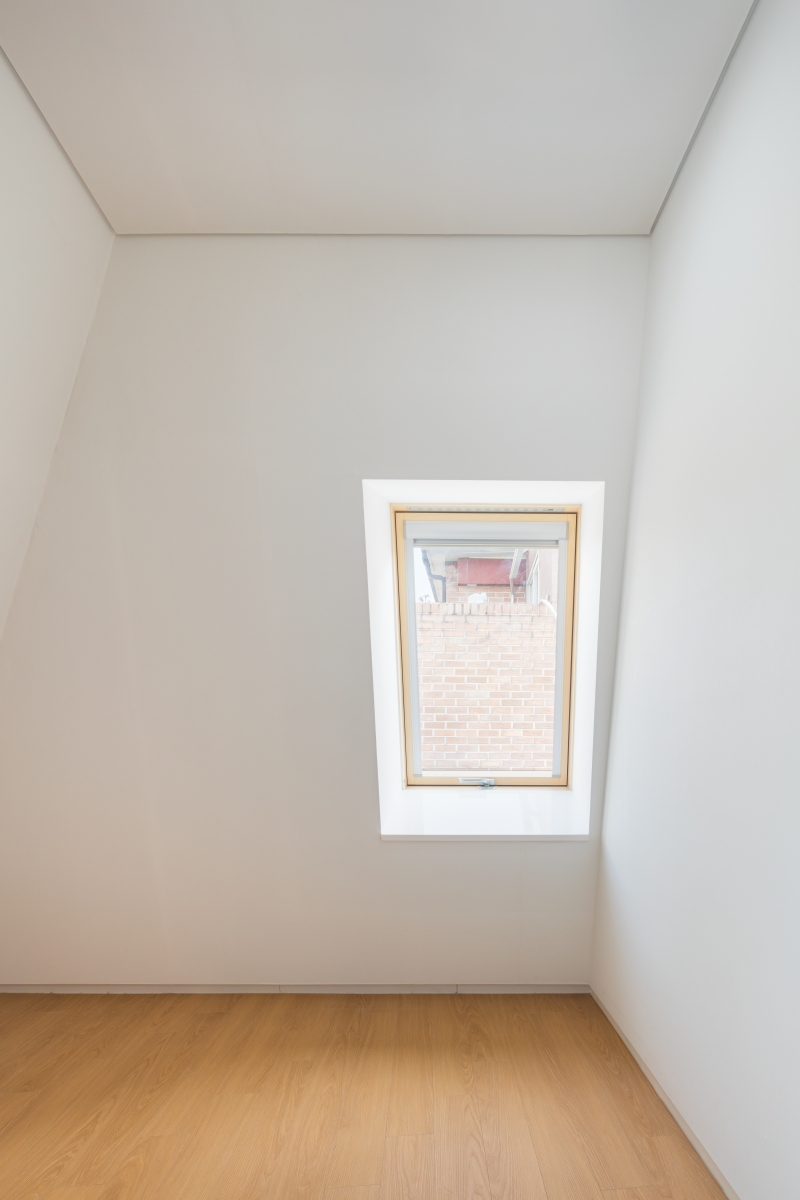 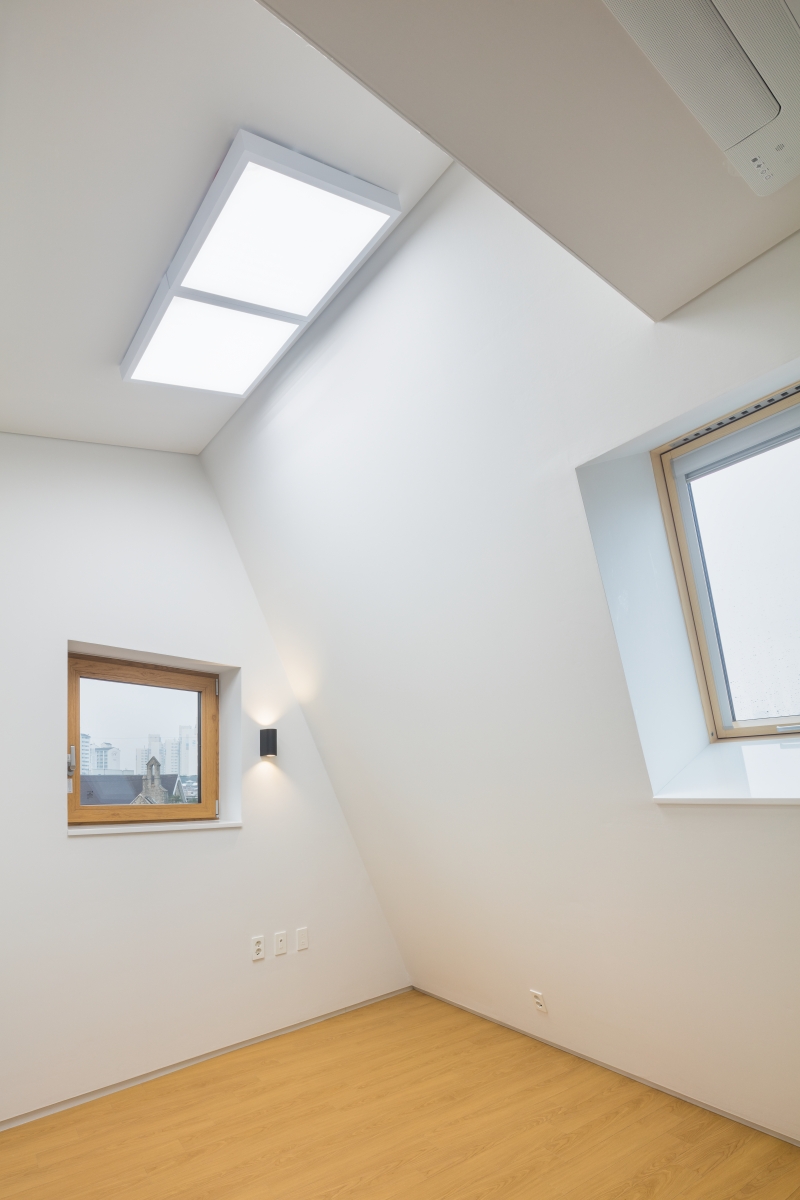 Lee Junghee
Lee Junghee studied architecture at Yonsei University and started his career as an architect at BCHO partners. He founded the 2m2 architects in 2014. As being interested in street culture as well as architecture, he is planning exhibitions and programs through collaborations with DJs, media artists and street brands. He directed the short film The Sorrows of Young Architect in 2018 and was invited to various international film festivals.
May 2020 No.630 Sista House 2m2 architects Lee Junghee Lee Seungteak Sinsu-dong Mapo Multi-family Housing Brick Concrete Woman
LIST
bookmark_border
favorite_border
15