No Longer Foreign: ‘Daily Lives of Hanoks in Seoul’ 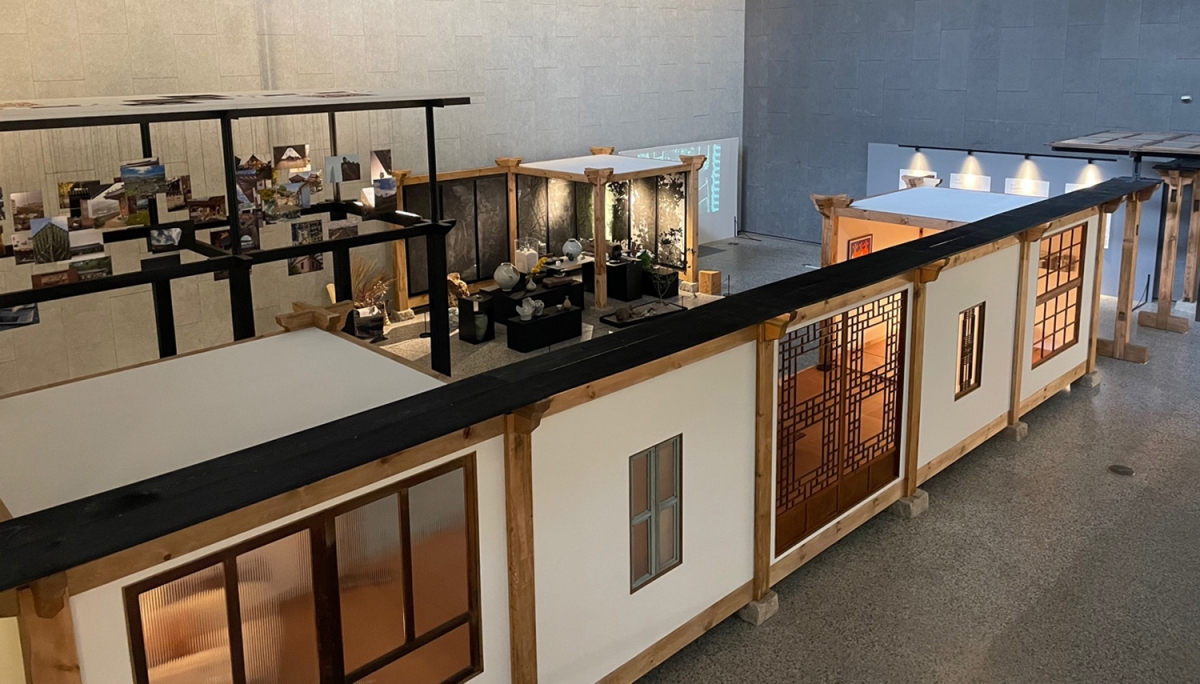 Beginning with the Bukchon Regeneration Project in 2001, Seoul Metropolitan Government (SMG) has consistently reaffirmed its supportive stance toward hanok through policies such as the Seoul Hanok
Declaration in 2008 and the Seoul Hanok Assets Declaration in 2015. In response to these efforts, public interest in hanok also increased. The current trend seems to be that of making minimal repairs to the hanok and decorating it with contemporary interior and furniture designs. In line with this trend, SMG is currently seeking to develop hanok into a cultural feature worthy of global interest.
This accords with the exhibition theme on ‘K-house and K-living to be enjoyed by the world’. The exhibition traces the transformation of hanok and introduces a new perspective. By collecting discarded materials from sites of hanok demolition and repair, Kim Woncheon from CHAMOOREE architects built a hanok structure at the VIUM Hall in Seoul Hall of Urbanism & Architecture (Seoul HOUR). Past the structure’s entrance, one can review the various policies regarding hanok for the past 20 years. This was divided into three periods: the Experiment Stage (2002 – 2007) when Bukchon hanok was designated for preservation, the Take-off Stage (2008 – 2014) when work went beyond preservation to create new hanoks, and the Development Stage (2015 – present) when hanok and relevant architecture properties are now being actively managed. The main artwork Onjeondang, Chwiyuheon, Juseongwon displays the daily life of a hanok by evoking both traditional and contemporary tones. It no longer feels foreign to see western furniture from FRITZ HANSEN or Louis Poulsen in a Korean space such as Chwiyuheon. As a reinterpretation of the topography ‘mountain at the back, river at the front’, the garden Juseongwon harmonises with the landscaping of Studio nouer (principal, Kim Jieun) and the furniture of Studio Shinyoo (principal, Yoo Seungmin). While the exhibition ended on Dec. 4, it is still possible to check it out as a virtual-reality online exhibition by visiting Seoul Hanok Portal’s website.
No.662 January 2023 exhibition Daily Lives of Hanoks in Seoul Seoul Hall of Urbanism & Architecture CHAMOOREE architects Studio nouer Studio Shinyoo
LIST
bookmark_border
favorite_border
0