On May 26, the 56th Far East Architecture and City History Colloquium hosted by the Far East Asia Architecture History Lab. (FAHL), School of Architecture, Engineering College at Hanyang University, was held online (Zoom). This laboratory conducts research on cultural phenomena such as architectural and urban relics, ideas, and institutions that developed in the three countries of Korea, China and Japan from ancient times to before 1945, and reinterprets fundamental concepts, explores historical data, and offers interpretations, all discussed as part of their regularly-held colloquiums. For this colloquium, under the theme of ‘truths and misconceptions concerning the earliest headquarters of Formerly Incheon Customs’, Kim Seongsu (chief of Inspection Division 4, Incheon Regional Customs) delivered a presentation. Kim Seongsu has made extraordinary efforts to discover historical documents about the history of the Korean port opening. He authored Service List of Corea Maritime Customs : 1883-1905 (2017), the historical compilation publication of 230 personnel from 10 countries including Koreans, Germans, and Americans who used to work at the customs in Incheon, Busan, Mokpo and Gunsan. Incheon is the last port that was opened in the Chosun era, following Busanport and Wonsan port. On Jan. 1, 1883, the import of foreign goods and export of domestic goods was officially permitted, and in June of the same year, Incheon Customs was established to collect customs duties. For the appearance and the location of the first headquarters of the Formerly Incheon Customs, images and visual elements featured in Incheonbusa (1933) were referred to. Incheonbusa is regarded as a bible for scholars who study the history of the port opening of Incheon as it contains vast data on the history of the port opening of Incheon. On this day, Kim Seongsu showed the contradiction he notes by comparing the newly discovered data about the Formerly Incheon Customs and the contents of Incheonbusa. The content that can be inferred from the photo described as ‘the first customs office’ in Incheonbusa was inconsistent with the descriptions and maps at the time of port opening, such as the map of the Jemulpo area drawn by Shinzo Isobayashi, a Japanese military captain who were dispatched to Chosun in Apr. 1883, an article contributed by a traveler in Jemulpo in Feb. 1884, and the ‘Old Custom Office’ part in an architectural drawing drafted by Russian engineer N.S.Bekofsky who worked at Incheon Customs in June 1884. In the end, he found a picture that clearly showed the appearance of the first building in the 1884 edition of the British newspaper The Graphic, and proved the error of Incheonbusa about the Formerly Incheon Customs. Lastly, Kim Seongsu said, ‘When looking at preceding studies, I have developed a habit of checking and collating referenced originals’. 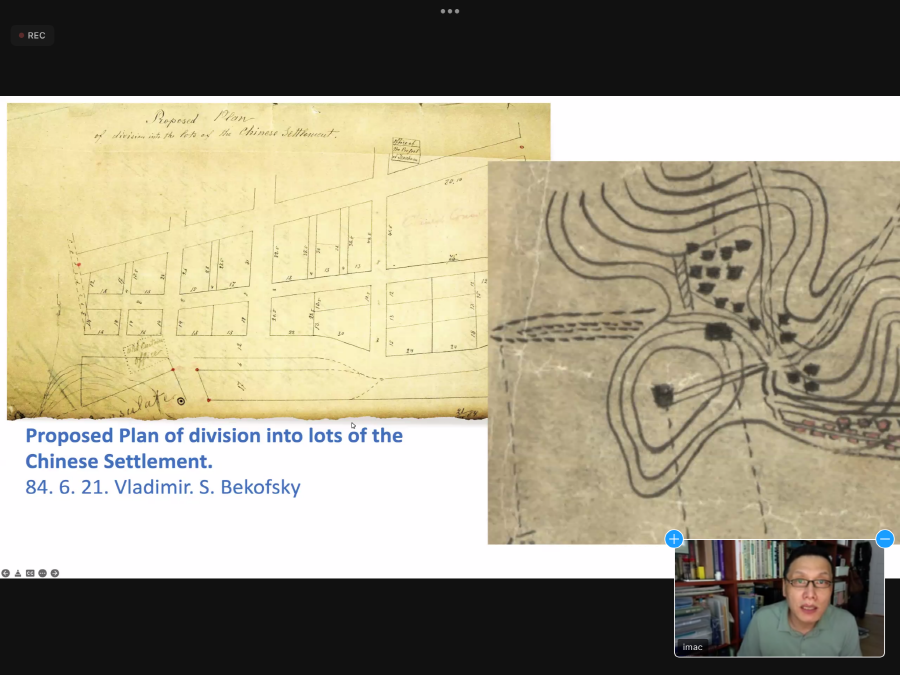