The exhibition, ‘Hermès’ Collections for the Home 2020-2021’, which placed an emphasis on the furniture and objects that explore tactile sensations, was on show at Maison Hermès Dosan Park from 14 October to 2 December. This exhibition was the second time that Hermès had chosen to showcase its product line from the 2021 Milan Furniture Fair in Korea. The 2021 Milan Furniture Fair, which is held annually every April, was postponed to September his year due to COVID-19.

By reconfiguring the three-floor store building, the exhibition was designed to occupy five rooms in accordance with the scenography of the 2021 Milan Furniture Fair. The geometrical patterning and vivid colours applied to the temporary walls exude a unique atmosphere. The most eye-catching point in the exhibition was the space occupied by furniture designed by Studio Mumbai (Principal, Bijoy Jain) which is based in India. In this project, Studio Mumbai explore the boundaries between architecture, art, and materials, an effort best exemplified by their chair Sillage d’Hermès. The furniture, which has a wooden structure and a Cellulose Microfiber finish, is completed with meticulous paint work, visibly applied stroke-by-stroke. The vertical line pattern added to this organic form not only presents a certain exoticism but also an undulating tactile sensation. Lignage d’Hermès is a stone table. It appears to be made of two stone pieces, but it is in fact cut from a single form. The countless lines on the surface were carved deliberately by a stonemason with a ruler. This delicate and masterful treatment, the aesthetic properties of the original material are heightened to new level. The neighbouring work is an enameled copper dish Sialk; enameled copper is created by covering copper sheets in enamel via stencils, thus creating a subtle difference between the two materials. The cold metal and vibrant colouring also resembles a cloisonné. The remaining three rooms were occupied by original works such as Gianpaolo Pagni’s tableware Hippomobile and his cashmere plaid.

As we gradually move into a world of greater virtual interaction owing to continuing technological advancement, the tactile experience has taken on new value. In that sense, this Hermès Home Collection appears to revive that dulled sense of touch through showcasing various materials. 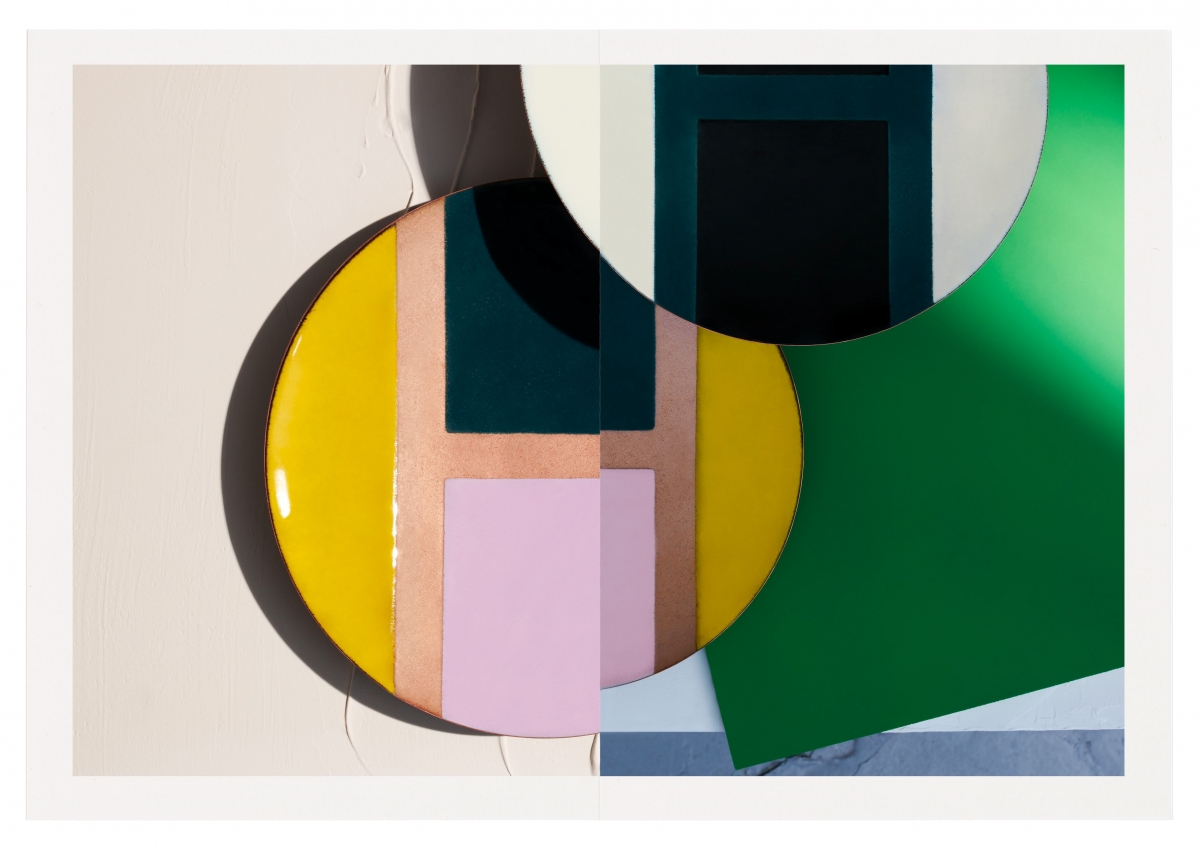