The winning work is the ‘Seoul Urban Pinball Machine’ submitted by Studio Heech. Park Heechan considered the topography of the existing building as a game board and wanted to transform it into a space in which citizens can enjoy pinball. He also suggested that furniture and objects used in the game be made of eco-friendly materials such as recycled concrete and bioplastics. The jury said, ‘We consider the work to have provided an unusual experience and a new urban landscape by making the slanted slope of the building’s roof into a pinball stadium with a size of 10 × 20m’. Except for the winning entry, most of the pieces were designed based on the figure of the grid. KHYarchitects tried to revive the traces of a building built and demolished on the design target site using the autoclaved lightweight concrete block masonry method. By inserting a mesh screen pavilion in the space where the National Tax Service’s Namdaemun Annex Building was demolished, Diagonal Thoughts tried to provide an experience of re-recognising the space according to the presence or absence of a temporary object. Moreover, an Architecture of Light and Air proposes a plan to install wooden structures in rows with high-elastic pipes, and JIYO Architects created a grid-type pavilion with a steel structure and red paracords to separate the individual areas occupying the space. Seoul HOUR plans to hold an exhibition from Aug. 24 to Nov. 28, where visitors can see all the works submitted to this nomination competition. 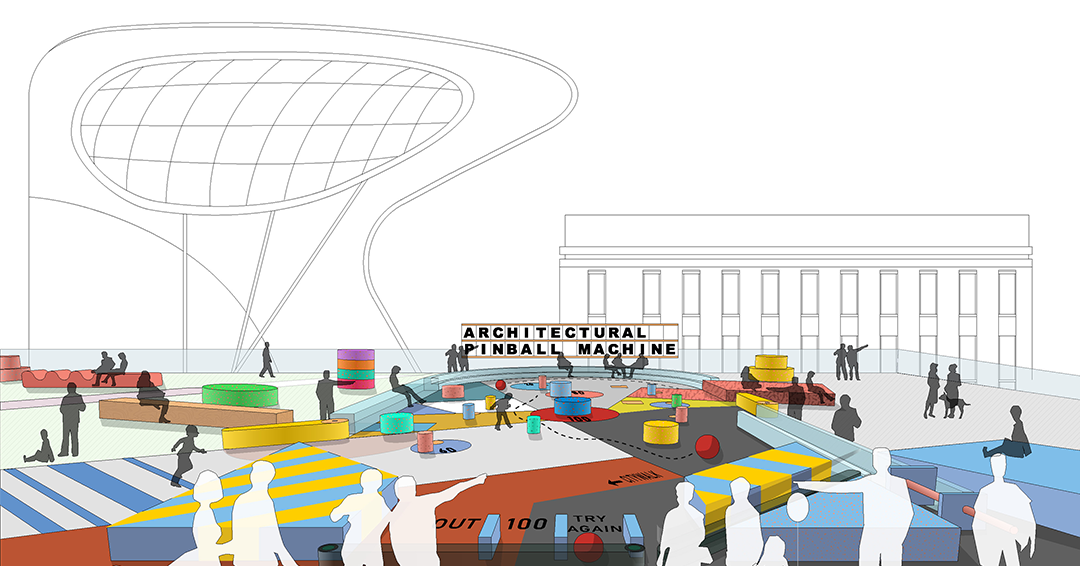