Announcement of the Three Winners of the Design Competition 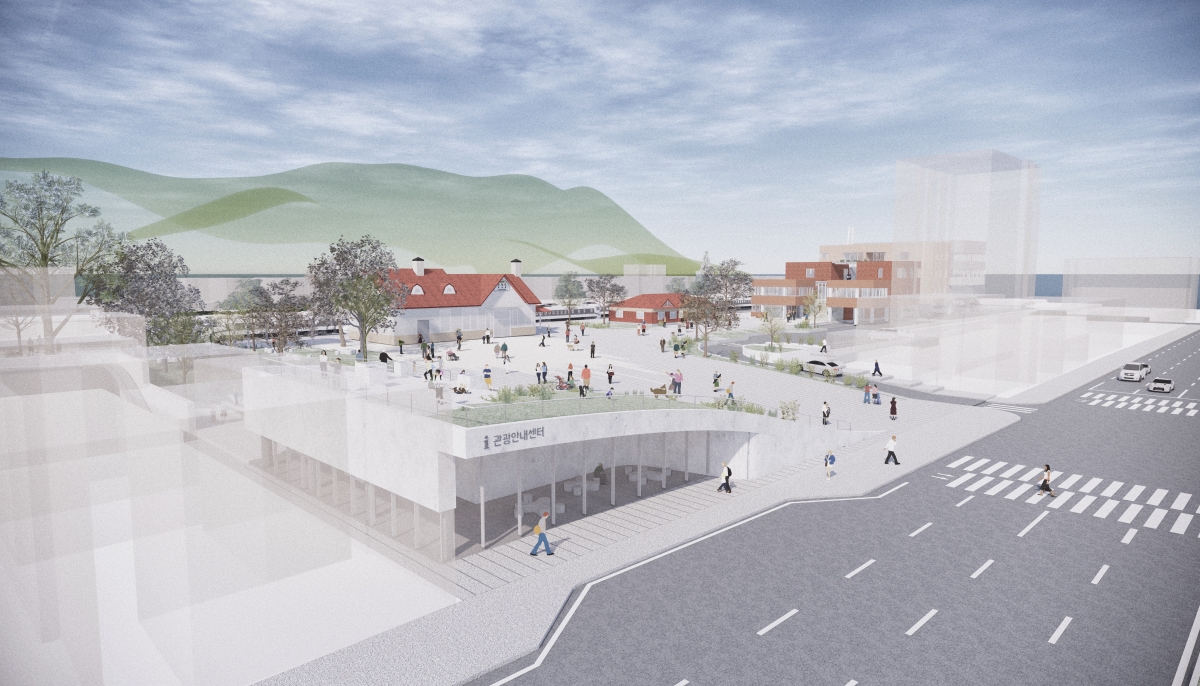 On Feb. 25, Changwon City Government revealed that it has picked CoRe architects (co-principals, Kim Vin, U Zongxoo) and OLOT (principal, Cho Aran) as the winner of its design competition for the Jinhae Culture Platform 1926. This design competition was held with the aim of revitalising areas in the vicinity of Jinhae station, much of which has fallen into decline since the government building moved, and to turn this area into a place for culture and tourism. The project site is located at Chungjang-ro 71 of Jinhae-gu at Changwon city, and the new building will have a total floor area size of 3,660㎡ with a limit of four aboveground floors. Matching the scale of the old city centre, the winning design divided the mass into partial blocks and created a hill-shaped plaza that will connect to various functions and programmes. The examining committee rated it highly for pursuing a connection with the original Jinhae station building, but they also critiqued its narrow divisions and the difficulty it presented to its user to secure a wide interior space. The two offices that united in this competition entry together plan to begin design service work over six months with the aim of finishing construction by the first half of 2023. 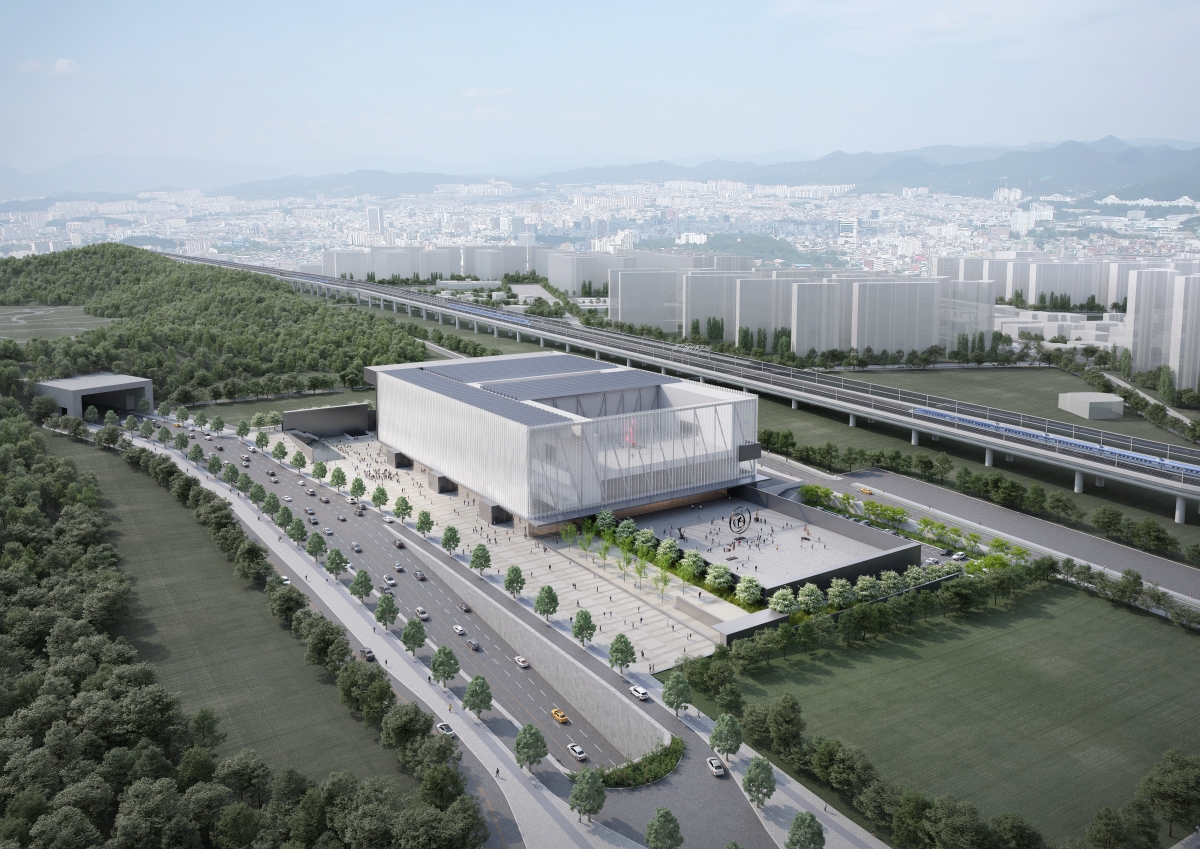 On Feb. 25, the provincial office of Chungcheongnam-do announced the results of the design competition for the Chungnam International Convention Center. This exhibition facility, which will be located at Buldang-dong, Seobuk-gu in Cheonan city, was designed to form part of a project for a research and development collective district in Chungcheongnam-do. The finalists in the design competition are tomoon architects & engineers (principal, Choi Dooho) and mp_art architects (principal, Mihn Hyunjun). The two offices co-proposed an exhibition facility of 51,900㎡ in total floor area that has one basement floor and four aboveground floors. The building design is a square building with a glass finish that appears to be floating in the air, with a characteristic middle floor and façade designed as a yard. The examining committee rated it positively for its ability to secure attention to its subtle form and for designing a significant part of its exhibition area close to the exterior area. The winning design is planned to conclude construction in the early half of 2025. 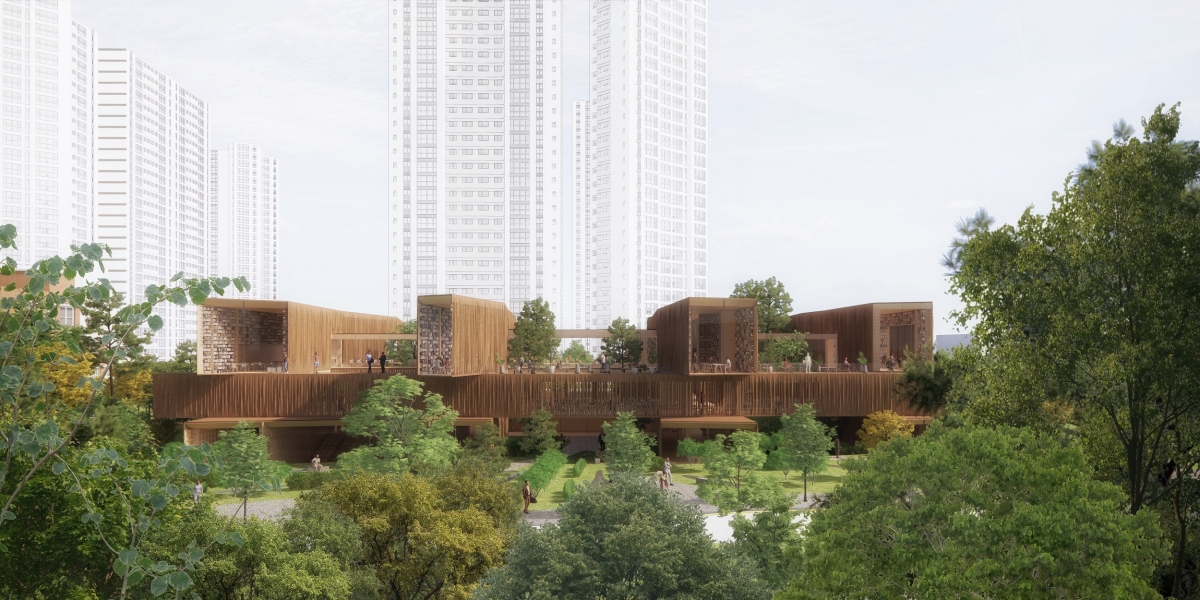 Design Competition for the Library of Songdo International City

On Mar. 2, Incheon Metropolitan Government (IMG) announced the winners of the Library for Songdo International City Design Competition. Of the designs submitted  by 242 local and international teams for a library of 8,000㎡ of total floor area, Sun Architects (principal, You Gwangho) and Pentatonic LLC (principal, Oh Juhyeong) were awarded the accolade to design the new premises. The ‘Criss-Cross Library’ proposed by the consortium is distinctive in the way it increases the amount daylight that streams into the reading space and the number of inner courtyards through its layered criss-crossed shaped mass. An information space for children and a community space has been placed on the first floor, an open reading space was placed on the second floor, and a creative support facility and lecture hall were placed on the third and fourth floors respectively. The examining committee described it as ‘a composition that not only divides the various programmes of a library via the repetition of small inner courtyards, but also caters well to the demands of users who wish to use the space flexibly’. IMG is planning to finish the design service work by this Dec. and complete construction by Nov. 2023.