The Global Community Gathers At Gwangju: The 13th Gwangju Biennale

After the 39 days that stretched between Apr. 1 and May 9, the 13th Gwangju Biennale came to an end. The theme of this biennale was ‘Minds Rising, Spirits Tuning’. The curators Defne Ayas and Natasha Ginwala, in charge of the biennale, explained that they ‘wanted to draw attention to healing technologies, indigenous life-worlds, matriarchal systems, animism, and anti-systemic kinship’. With this theme as context, about 450 artworks from 69 teams (that were mainly composed of artists of non-western origin) that address themes such as feminism, shamanism, cosmology, and state violence were presented.

The biennale was held across five locations at Gwangju. The Gwangju Biennale Exhibition Hall exhibited about 50 works from artists such as Min Joung-Ki, Lee Gap Chul, and Moon Kyoung-Won and they narrated the lifeworlds of local natives, the remains of militarism, and maternalistic communities. At the Gwangju National Museum, works from artists such as Gala Porras-Kim and Cecilia Vicuña discussed concepts of the afterlife, the reward of spiritual objects, and the limitations of the physical body. At the Gwangju Theater, the works of Judy Radul and Zofia Rydet focused on state power, while the work of Korakrit Arunanondchai and Sissel Tolaas was displayed at the HoranggasyArtpolygon. 5·18 collateral exhibition was held at the former Armed Forces’ Gwangju Hospital.

Outside of the exhibition, reflections were published in online journals and the bimonthly magazine Minds Rising, as well as an essay on feminism Stronger than Bone. Moreover, an on-offline event ‘Live Organ’ explored important questions regarding the themes exhibited at the biennale, a forum ‘Augmented Minds and the Incomputable’, and a talk ‘Rising to Surface’ were also held. While the number of audiences that visited the biennale was reduced by 73% compared to the previous occasion due to the Coronavirus Disease-19, down to about 85,000 people, an extended audience of about 165,000 participated via the website and other online channels such as YouTube. 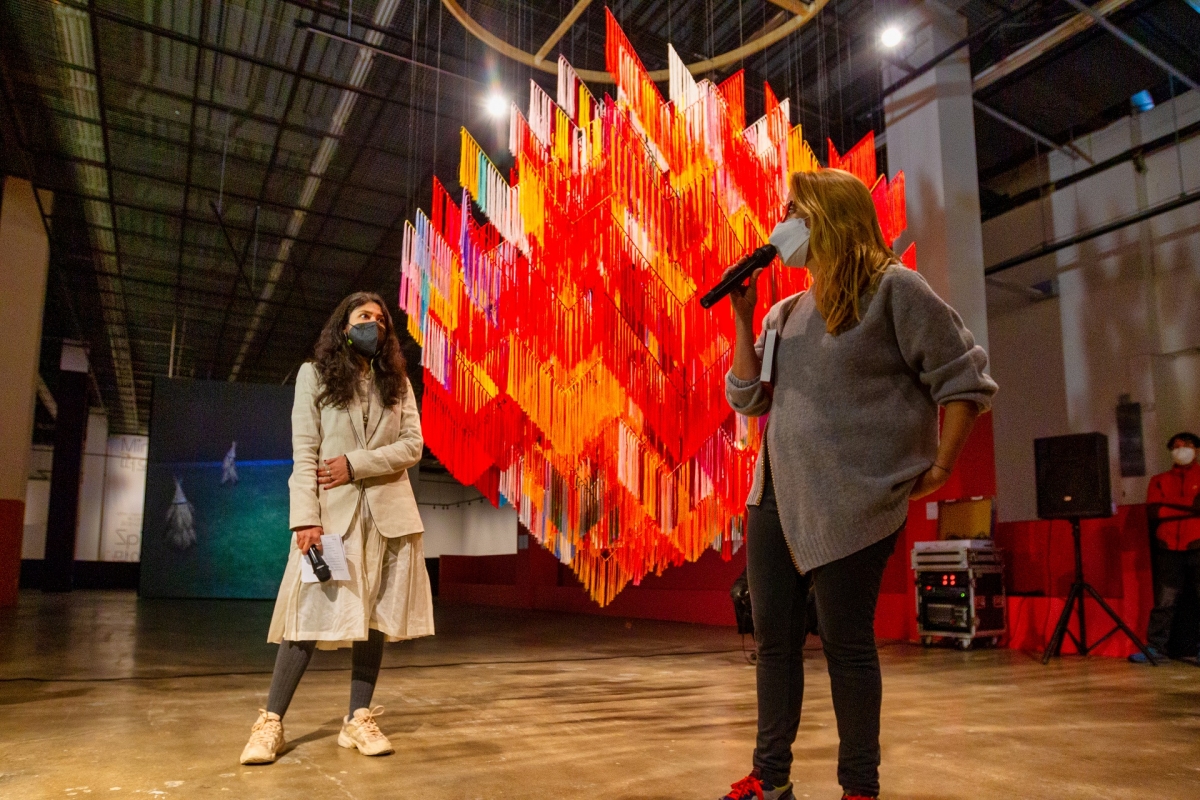