The first step, which is the ‘Eastern Road Expansion and Maintenance Construction’, will begin in Nov. 2020 and continue until Feb. 2021. The aim is to expand and reequip the road at the eastern side in front of the US Embassy into a 7 - 9 lane street so that the traffic on the western side by the Sejong Culture Center will flow towards the east.

The second step, which is the ‘New Gwanghwamun Square Facility Construction’, will begin in May 2021 and end by Oct. 2021. Seoul Metropolitan Government revealed its construction plans to plant 33 kinds of flowering plant and 67 kinds of tree around the square, plant two kinds of grass over a 2,698m2 sized plot of land, build a 550m-long cycling path, cover up the square floor with flagstones, and install a waterscape and variable facilities.

Seoul Metropolitan Government based its reasoning for this project on its experience of ‘listening to the voices of the citizens over 300 occasions over the last four years’, but some have criticised the lack of communication and a high-handed attitude when conducting construction. On Dec. 1, 2020, under the name of the ‘Civil Society Organisation Advocating the Suspension of the Rapid Promotion to Reconfigure Gwanghwamun Square’, nine civil society organisations had gathered to file a confirmation of invalidity to the Seoul Administrative Court, raising their suspicions at the illegal nature of the project. They raised five points against the Gwanghwamun Square Reconfiguration Project, of which included that it is not present in its overruling ‘2030 Seoul City Master Plan’, that a budget of 7.9 billion KRW has been committed without an enforcement plan, and that the acting government is stepping beyond its scope of authority at the absence of the mayor.

Meanwhile, on Dec. 10, 2020, Seoul Metropolitan Government announced its plans for the bidding process and its unchanged position towards the construction project. 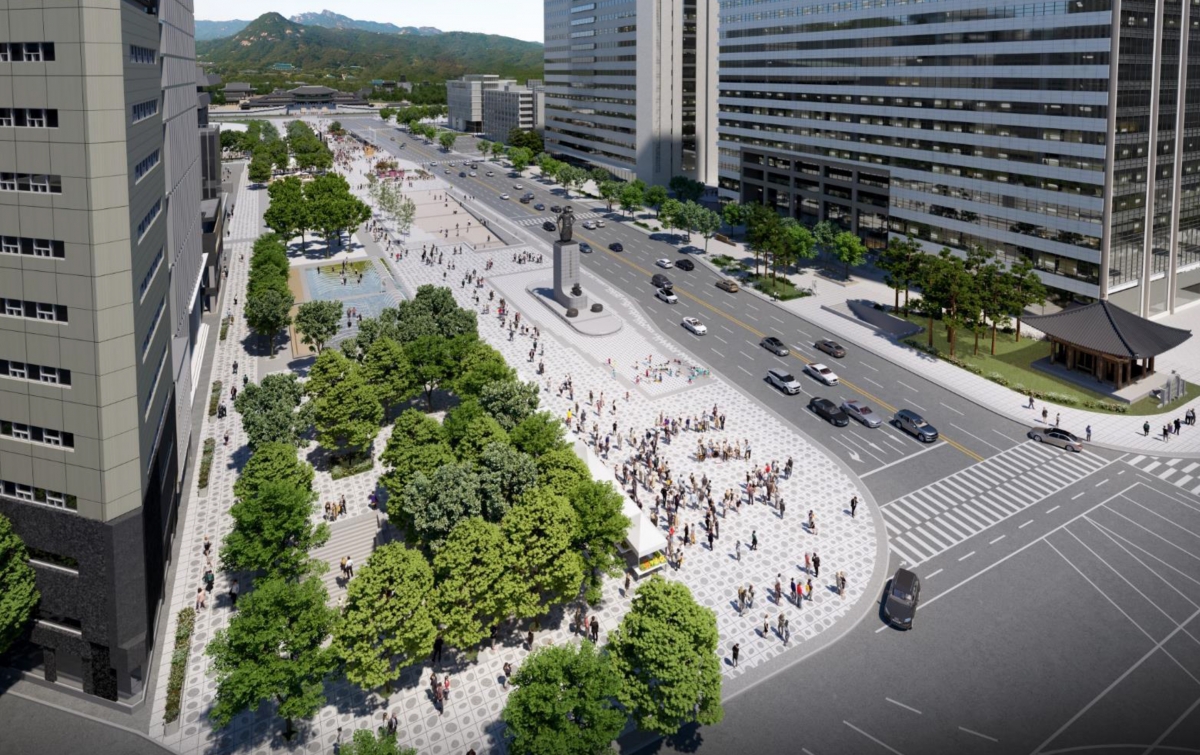