The award ceremony for the 33rd SPACE Prize for International Students of Architectural Design was held on Oct. 23 in SPACE GROUP’s main building. As the last competition was held six years, ago in 2014, this iteration received a huge amount of attention from students. Lim Hyoungnam, Roh Eunjoo (co-principals, studio_GAON), who was the examining committee member, proposed the theme ‘Warmth in Architecture: Humanity’ for multi-housing.

SPACE GROUP appointed Cho Minsuk (principal, Mass Studies) to the examining committee for next year’s SPACE Prize for International Students of Architectural Design and revealed that the design theme would be announced in Feb. 2021.​ 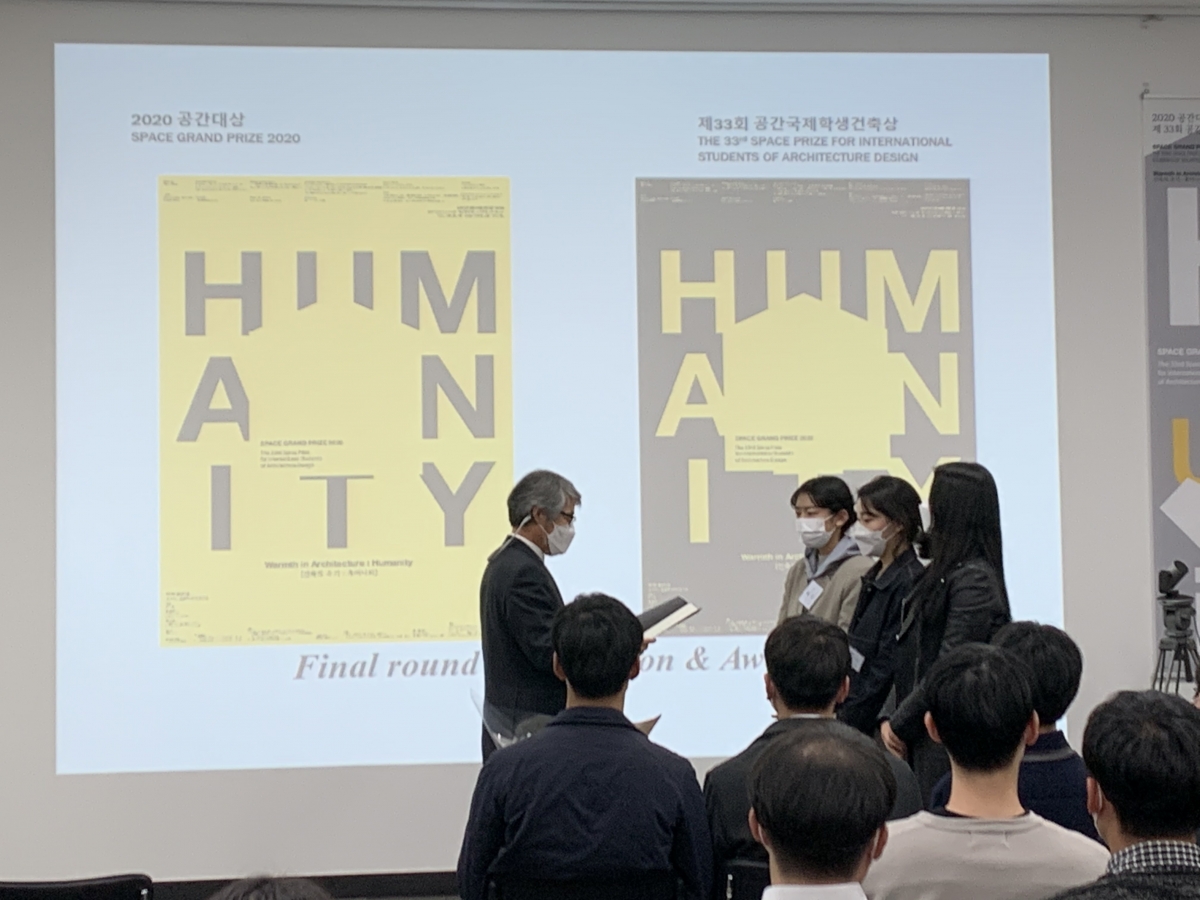