Au Magasin de Nouveautes, an exhibition reinterpreting Yi Sang’s poem, the architect and writer, is now on show at Atelier Hermes near Dosan Park. This exhibition featured Jun Sojung’s works completed during her four-month residency in Paris after winning the 18th Hermes Foundation Missulsang. Drawing on the poet’s early works as the basis for her exhibition, she expresses them using a diverse range of media including video, sculpture, and print.

The title ‘Au Magasin de Nouveautes’ is the first poem in Yi Sang’s poetical volume Architecture Infinite Hexahedron (1932), which attends to the ways in which colonial capital changed the appearance of Gyeongseong in the 1930s. Jun Sojung interpreted the poem and connects completely different spaces and times through the Mitsukoshi Department Store, a Japanese version of Le Bon Marche, through the theme of imitating modernity. Consequently, she produced Despair to be Reborn (2020) with cross-edited footage taken from Seoul, Paris, and Tokyo, and movie clips from documentaries and movies. Like the Parkour traceur’s movement in a video who travels through time and space through the theme of escape, the exhibition reveals the artist’s attempt to move more freely between the boundaries of the media. Like the shift in scenes in a department store that represent modernity, the flow of the exhibition moves from video to sculpture through a robot that symbolises the future. ORGAN (2020), a series of sculptures made of recycled waste plastic such as PET bottles, straws, and disposable cups, connect the reality of our present and a robotic robots that does not yet exist by artificially reproducing the biomorphic form of human organs.

In addition, she has published ‘ㅁ’ by conversing with domestic and foreign researchers and artists through the pivotal point of Yi Sang’s poem. As a repetitive square is the main image in the poem, the book title reflects the symbolic features interpreted in various meanings such as screen or ㅁ, a Korean consonant. The book includes Park Changhyun(principal, a round architects)’s architectural drawings, which embodies the structure of poem in a three-dimensional space, the writings of Jerome Glicenstein(professor, Universite Paris-VIII), who examines the relationship between the commercial spaces that emerged in the early twentieth-century and the emergence of avant-garde artists, and Jung Jinwook(composer)’s score which plays with the views and structures of space and movement on the bass flute. This exhibition offering various perspectives of Yi Sang’s poem runs until July 5. <by Kim Yeram> 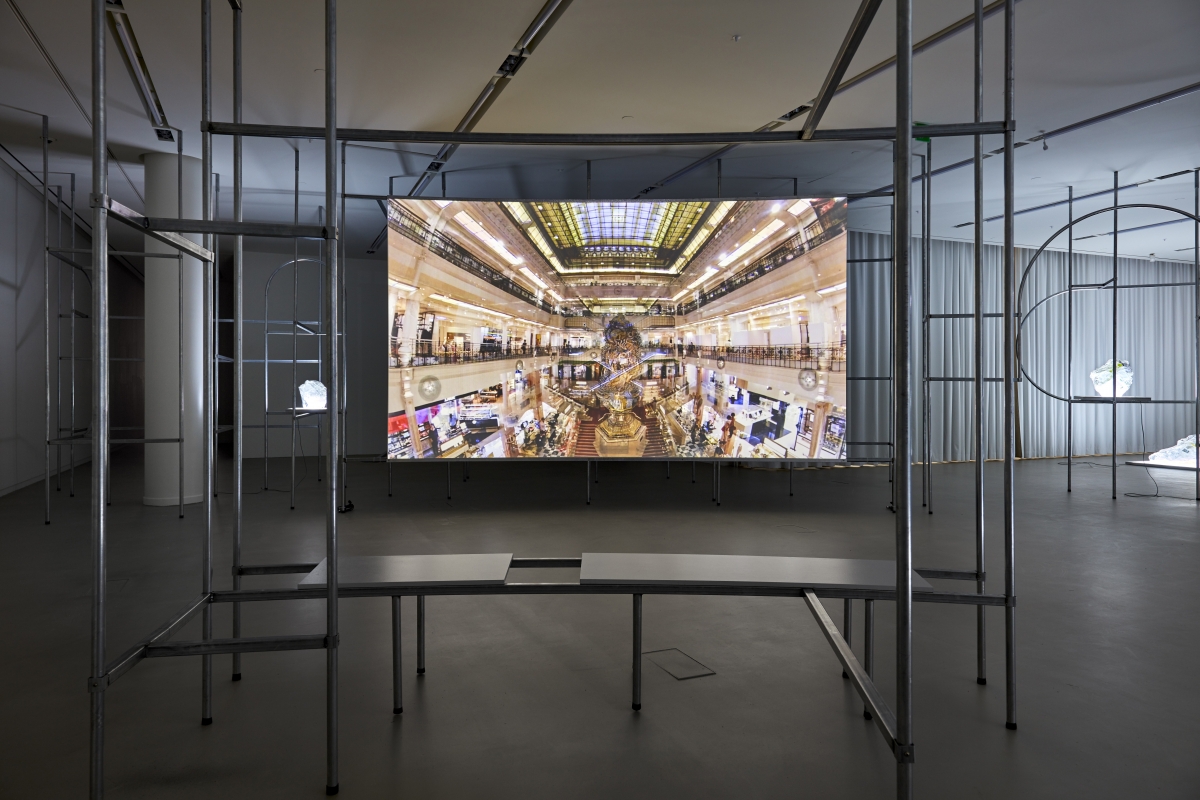